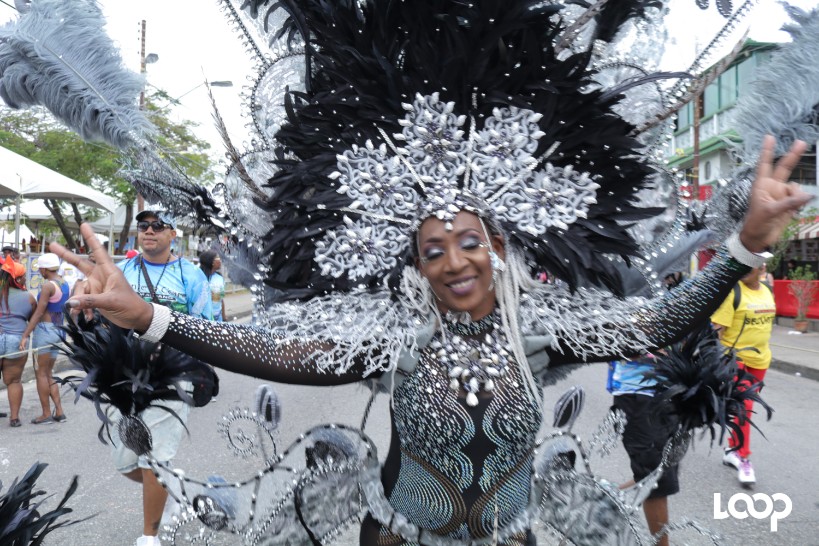 A masquerader from Ronnie and Caro

As speculation mounts over the fate of Carnival 2021 at least one bandleader is confident the festival will happen and will be a bumper one.

Ronnie McIntosh, bandleader for Ronnie and Caro, predicts next year’s Carnival will be a bumper one since most of the Carnivals for 2020 have been cancelled and everyone will congregate in Trinidad once borders are open and airlines are operational.

McIntosh, who says he has been following the news in T&T and United States closely, says he prefers to remain optimistic about the possibility of Carnival actually happening next year.

To that end, McIntosh is preparing to host a virtual band launch, as he has been doing for the past two years, for his band’s 2021 presentation ‘This is Paradise’.

However, he said, everything is based on science and the experts and his plans will be adjusted to suit the reality of the day.

“Based on the magnitude and operation of our Carnival you have to prepare but at the end of the day, we have to plan with the knowledge that every preparation is based on science and the experts. One day at a time,” he says.

Band launch season is usually held from the end of June through September but with the lockdown to prevent the spread of COVID-19, band launches are unlikely, at least in their usual format.

Dean Ackin, bandleader of the Tribe group of bands that includes The Lost Tribe, Pure, Rogue, Bliss and Harts, said their band launch may not take place.

“It is too early to say…but the band launch is likely to be delayed, postponed or cancelled. There is a cloud of uncertainty over events and festivals generally speaking and we will have to make those decisions in the coming months. Right now, saving lives and adjusting to the new norms takes priority,” he told Loop.

Sean Burkett, bandleader for YUMA, said a launch wasn’t on his mind at the moment.

“It’s a little too early to decide on that. Right now the focus is on keeping our country safe and by extension our entire population,” he said.

Vincy Mas latest Carnival to be cancelled due to COVID-19