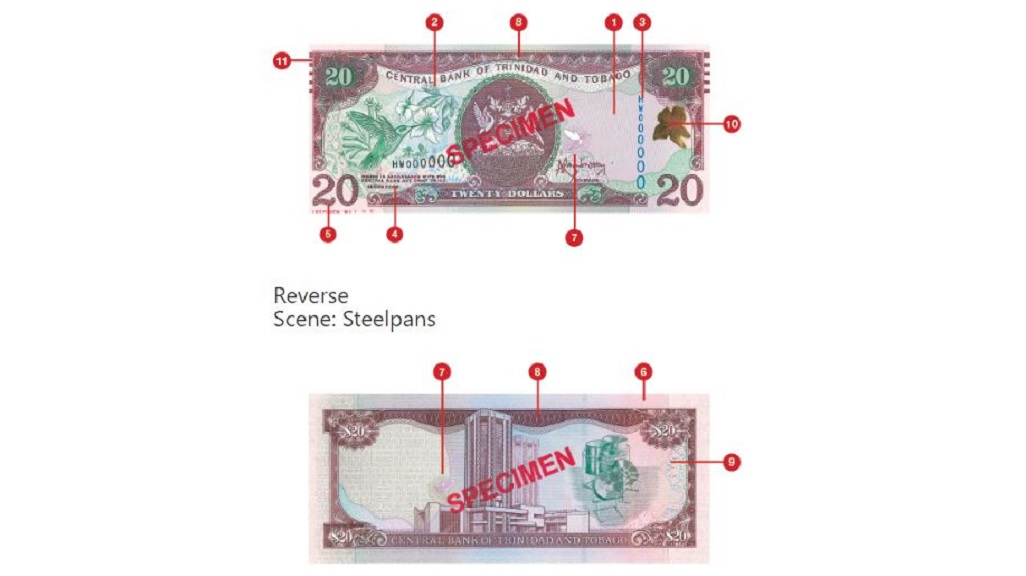 Photo courtesy the Central Bank of Trinidad and Tobago.

The Central Bank of Trinidad and Tobago has confirmed that there was a misprint of a few $20 notes in circulation, after viral videos and photos showed some $20 notes which appeared to be blank on one side.

In a statement dated May 21, 2020, the Bank said that there were less than 100 of the bills in circulation.

"The Central Bank of Trinidad and Tobago has confirmed with our printers that there was a misprint on a few - less than 100 in number - of the $20 notes in circulation.

"This misprint shows up as one side of the note being blank for the most part."

The Bank said anyone with the notes should bring them into their Port of Spain office to be exchanged.

"The Bank wishes to assure that the particular notes in question are valid legal tender and should be brought in to the Central Bank to be exchanged."

"We also wish to remind the public of the need to be vigilant in recognising genuine banknotes."

In a viral video, one person said that they received the note from a local bank and upon returning to the same bank to exchange it, was denied.

The Central Bank directed the public to its website www.central-bank.org.tt and social media pages to learn more about authentic notes.

Anyone with queries can also email the Bank on info@central-bank.org.tt.