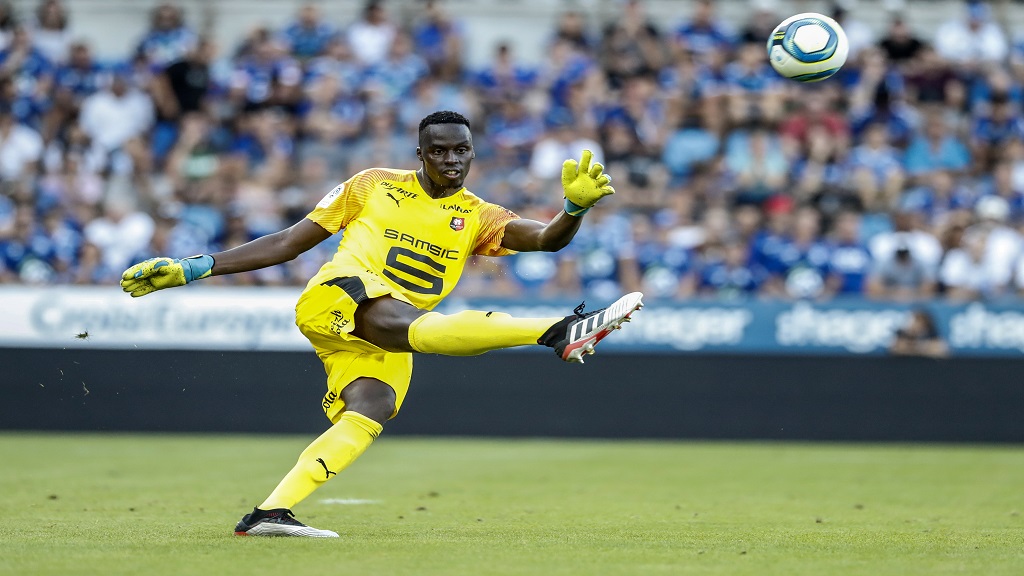 Chelsea have signed Senegal goalkeeper Edouard Mendy from Rennes on a five-year contract, the Premier League club said on Thursday.

The big-spending Blues have reportedly paid just over £20million to bring 28-year-old Mendy to Stamford Bridge.

Mendy's arrival in London will cast doubt over the future of the error-prone Kepa Arrizabalaga, who made another costly mistake in Chelsea's Premier League defeat to Liverpool last weekend.

The towering Mendy helped Ligue 1 side Rennes qualify for the Champions League for the first time last season and now becomes Frank Lampard's eighth new recruit in the transfer window.

Mendy said: "I am so excited to be joining Chelsea. It's a dream for me to be a part of this exciting squad and to work with Frank Lampard and all of his coaching staff.

"I look forward to meeting my team-mates and can't wait to get started."

Granovskaia said: "As soon as Petr Cech and our technical team identified Edouard as the most suitable goalkeeper to complement our existing group, there was only one player we wanted to bring in.

"Edouard arrives following a season of real success with Rennes, he is ambitious for more, and we welcome him to our club."

Mendy, who will also compete with Willy Caballero for a starting berth, impressed during a three-year spell at Reims before making the switch to Rennes.

He kept 13 clean sheets and conceded just 31 goals in 33 matches in his only full season with Rennes before the French campaign was cut short due to the coronavirus pandemic.

Cech also moved from Rennes to Chelsea, making that switch 16 years ago.

Kepa's future in doubt as Chelsea close in on new keeper