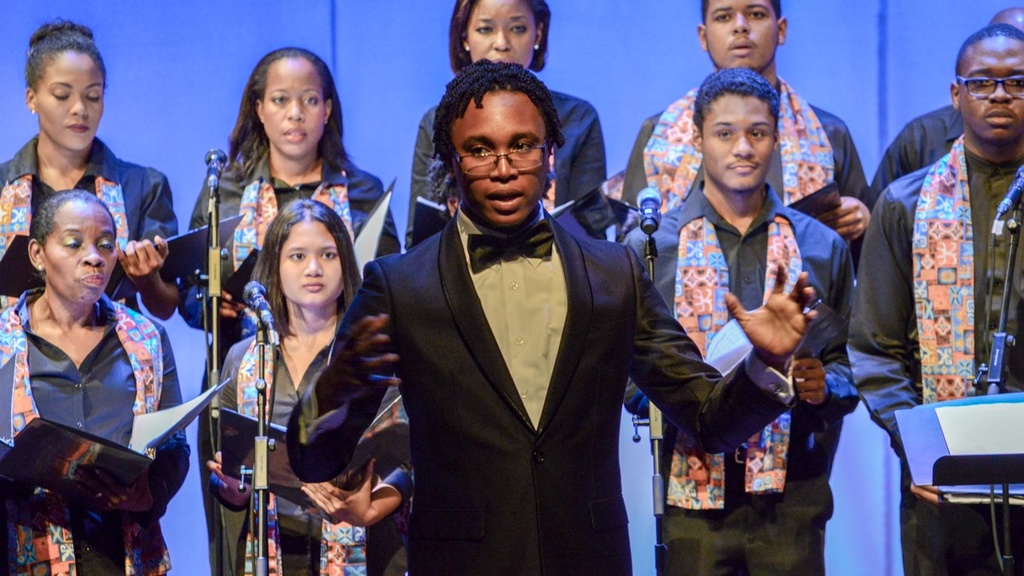 Michael Hudlin speaking with the audience at SAPA at his 2016’s education fundraising concert, “A Breath of Fresh Air” Photo credit: CJ Photography

The Christmas season for most people represents a light at the end of the tunnel and a lot of us need a light, especially after this year says Tiana Chandler.

Managing Director of Chandelier Productions, the vocalist and performer has, like most artistes, felt the rough end of the impact of the global pandemic in opportunities to perform sustainably.

This Christmas, the south-based concert producer, along with a production team of new and up-and-coming event producing professionals, will support Michael Hudlin, Trinbagonian musical prodigy, composer, choral conductor, pianist and vocalist, for his Christmas 2020 project.

"We have to do something for Christmas," said Chandler says. "Not just for the audience, but for ourselves."

'And on earth, peace' will be Chandler's second musical production with Hudlin, the first being, 'A Breath of Fresh Air', his debut performance of original compositions and arrangements that premiered at the Southern Academy for the Performing Arts (SAPA) in 2016.

The concert was a fundraiser for Hudlin's studies – a Bachelor of Arts in Music at SUNY Plattsburg.

Currently, Hudlin is months away from completing a Master of Music in Conducting (Choral) at the Eastman School of Music in Rochester, New York.

"Michael isn't usually in the country, so because he's back, everyone we know in performing arts has been asking, are we doing something? Michael is here, we should do something. It's almost like we need to perform, and we really want to perform for and with him," Chandler says with a laugh. 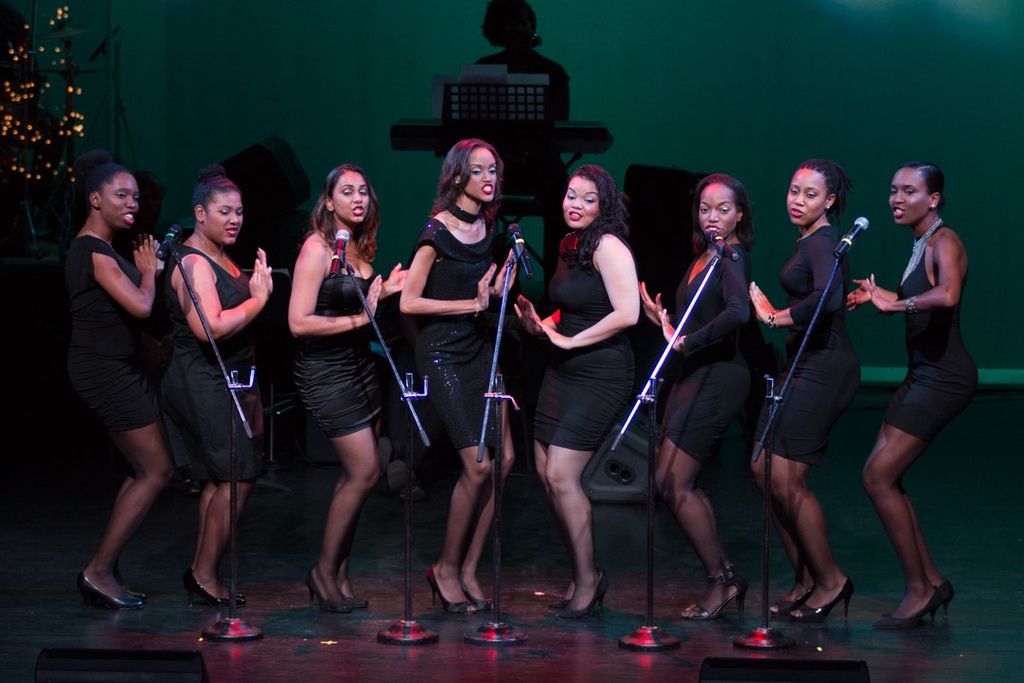 Classical music, Hudlin's core genre, will be featured in this one-hour concert.

Due to the public health regulations, a limited number of physical tickets will be sold at TT$200.00 for an in-person audience at Our Lady of Perpetual Help on Harris Promenade in San Fernando on Friday, December 4.

Thereafter, virtual tickets will be sold for the recorded performance for a three-day live-streaming
weekend from Friday, December 18 to Sunday, December 20.

"We want to give our audience both at home and abroad a sense of coming back home to the familiar, which is what Christmas concerts are for a lot of our choir and choral music-loving patrons," says Chandler.

The in-person concert will be limited to a first-come-first-served attending audience in the pews at the church with tickets on sale from Tuesday, November 24. Virtual tickets for the live stream can be booked from Sunday, November 29, from the Trinidad and Tobago Performing Arts Network.

The concert programme for 'And on earth, peace' will offer musical reflections on the theme of Hope.

“The feeling where all is well and we are unified in peace, that is what we are trying to achieve.
Musically, our goal is to take you from a feeling of despair to genuine tranquility through the music,” says Hudlin.

The concert will also include a Christmas repertoire with a difference, featuring the voices of Voix Riches and including an original Requiem composition by Hudlin sung by the ensemble.

Christmas songs you didn’t know were sung by Trinis