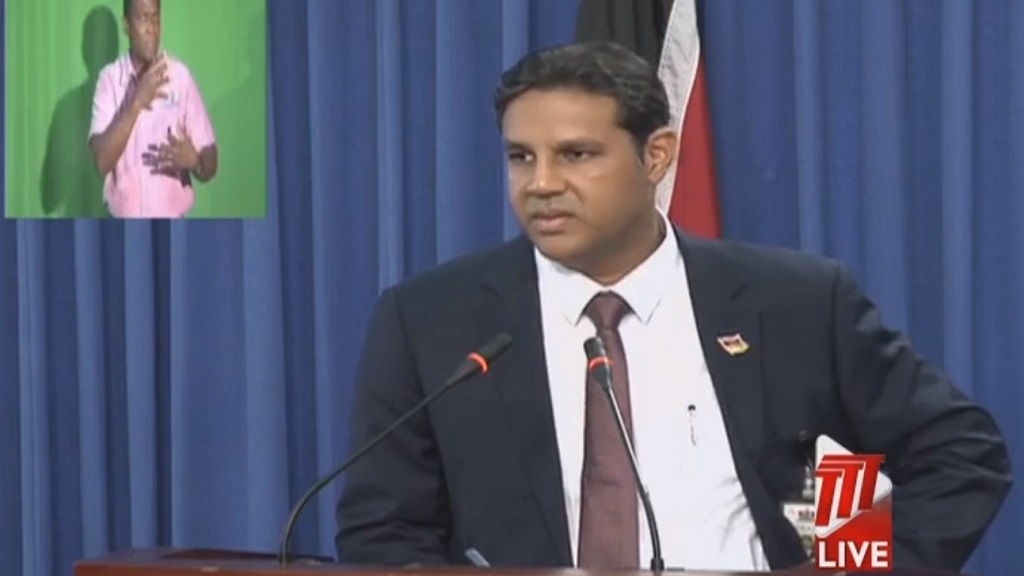 Chief Medical Officer Dr Roshan Parasram said a list of returning nationals who were placed under quarantine had been leaked and shared via social media.

Speaking at a post-Cabinet media briefing on Thursday, he said the list was submitted to the Trinidad and Tobago Police Service (TTPS), for enforcement, and the data has since been leaked via social media.

"We have a list that is now circulating on social media, that we shared to the TTPS...there are four pages of lists with persons that came into this country, with addresses and phone numbers...that we meant to send straight from our Port Health department to the TTPS that as of last night is circulating throughout the media."

He said the people on those lists will be made to stay home as per the Quarantine Act.

On Thursday, Prime Minister Dr Keith Rowley announced that all non-essential activities would cease until April 15, 2020, in an attempt to stop the spread of the virus.

"What we're trying to do is restrict the movement of persons in Trinidad and Tobago, because after saying many times that people should stay home, obviously the call has not been heeded."

On Wednesday night the Ministry of Health confirmed the country's first death as a result of the virus.

"The information you had you should not have had in the first place. The information you got is circulating from someone's private notes...it's a breach in patient confidentiality, I have already spoken to the CEO to find out how that breach occurred. It should not be out in the public domain."

The information shared via social media questioned whether the patient was an imported case or not as the person allegedly arrived in the country over a month before they were admitted to hospital.

The sharing of a patient's hospital details is unlawful under the Patient Charter of Rights.

He said he had not seen the material in question but clarified that an imported case is determined by the doctor in charge of the case.

"I don't know what this is that is circulating, I haven't looked at that (document) in detail but we have asked our physicians to say whether it was imported or not from whichever hospital it occurred in. The doctors that actually see the case make that determination."

He added that the research on the virus' incubation period varies and that in some cases exceeded the 14-day timeframe.

With regard to the timing of the release of the information, Dr Parasram emphasised that protocols have to be observed as family members needed to be notified of the death first.

"Could you imagine if your relative has passed away, we go right ahead as soon as we get the results and send that out to the press? How would you feel?"

Dr Rowley said essential services such as utilities, pharmacies, supermarkets, and those working in those sectors would continue to operate.