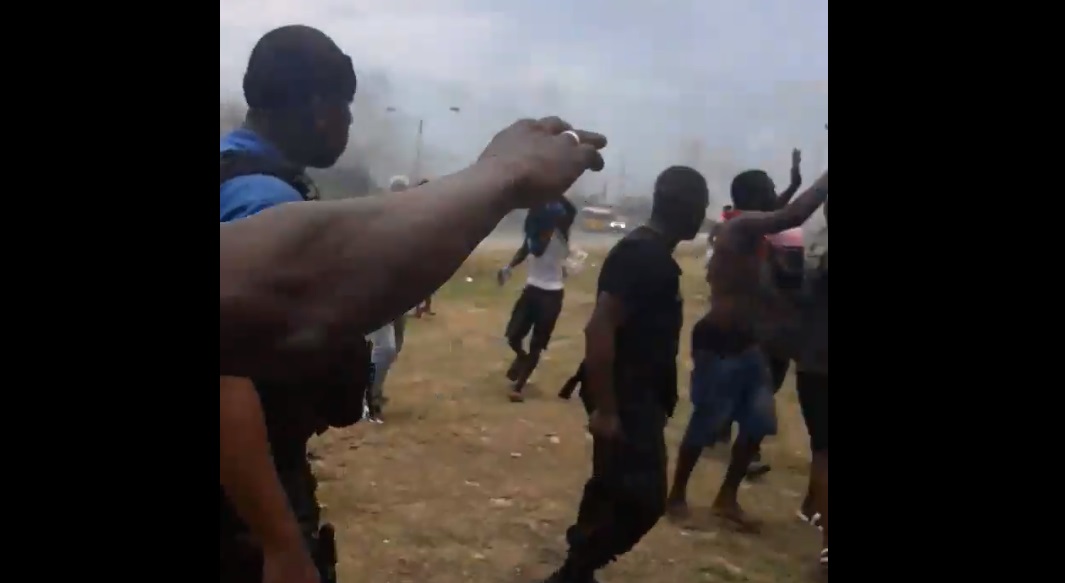 A screenshot of a video from the scene of a protest where Ornella Greaves was shot.

One woman has died after being shot during protest action in East Port of Spain. She was one of three people to be shot.

According to reports, earlier today, Ornella Greaves, 30, was standing alongside the Eastbound lane of the Beetham Highway when shots were fired.

As the dust settled, she was observed laying on the floor bleeding from a gunshot wound.

She was taken to the Port of Spain General Hospital where she died.

As news of her death spread, a fresh spate of protests in the area ensued.

At this time, it is unclear whether the bullet that hit Greaves emanated from a police officer or a protester’s firearm.

An autopsy is expected to be conducted to properly ascertain her cause of death.