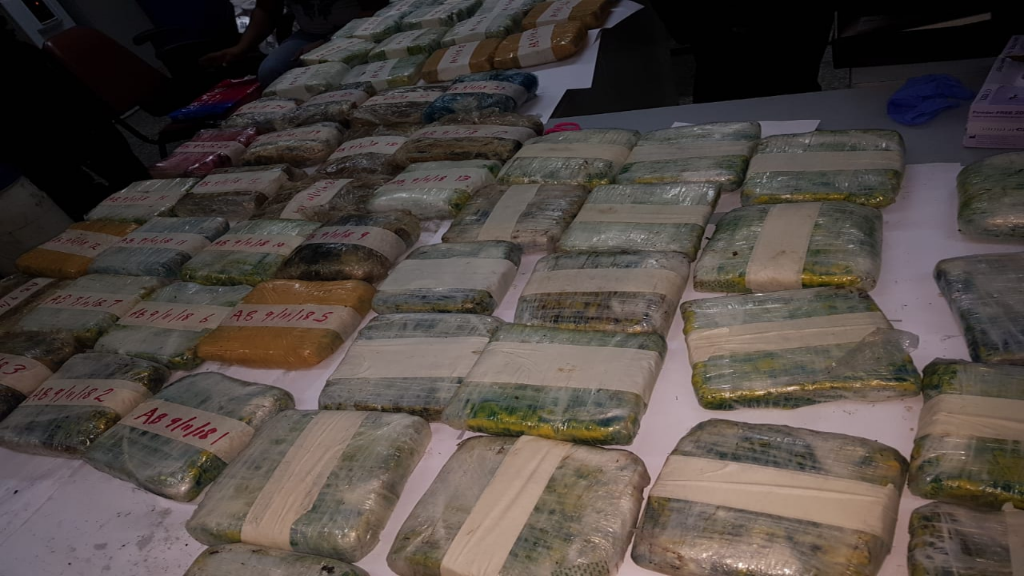 A police exercise in Sangre Chiquito on Thursday night led to the discovery and seizure of 68 packets of marijuana with a street value of close to half a million dollars.

The operation was carried out by officers of the Eastern Division Task Force between Thursday and Friday, and included officers of the Valencia and Sangre Grande Criminal Investigations Department.

During the exercise, officers proceeded to Caigual Road, Sangre Chiquito where they conducted a search of a bushy area.

A bullet proof vest was also discovered during the exercise.