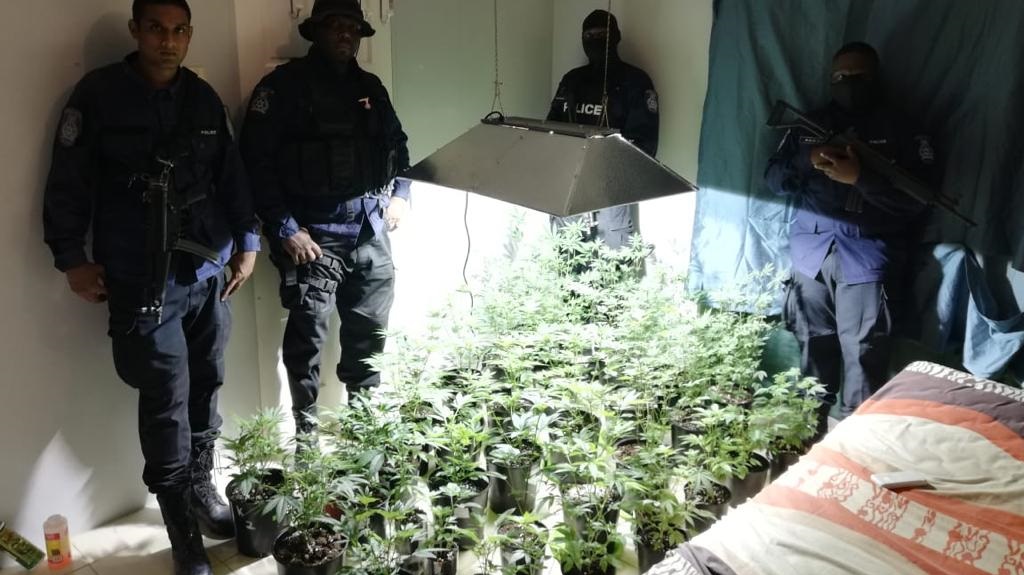 Police are once again reminding citizens that under the current laws, the legal limit for marijuana possession is up to 30 grams or up to four plants.

The latest reminder comes after two people were arrested during a police operation in San Juan yesterday afternoon.

According to police reports, around 3pm officers received intelligence which led them to intercept a Kia Sportage in the San Juan district.

At the time, the vehicle was transporting two adults and a minor.

The SUV was searched and officers found and seized 15 packets, each containing a quantity of marijuana seedlings.

The adults were questioned, and a search warrant was secured to be executed at their home.

At the house, the officers found and seized a total of 87 fully grown marijuana trees and 30 marijuana seedlings.

The plants were being grown under grow lights in the bedrooms of the home.

The operation was spearheaded by Snr Supt Maharaj, Supt Maynard-Wilson, Supt Alexander, ASP Parryman and Insp Ramsingh. It was supervised by Sgt Martin, Cpl Daniel and Cpl Duncan, among others.

One held for marijuana, three ticketed for masks