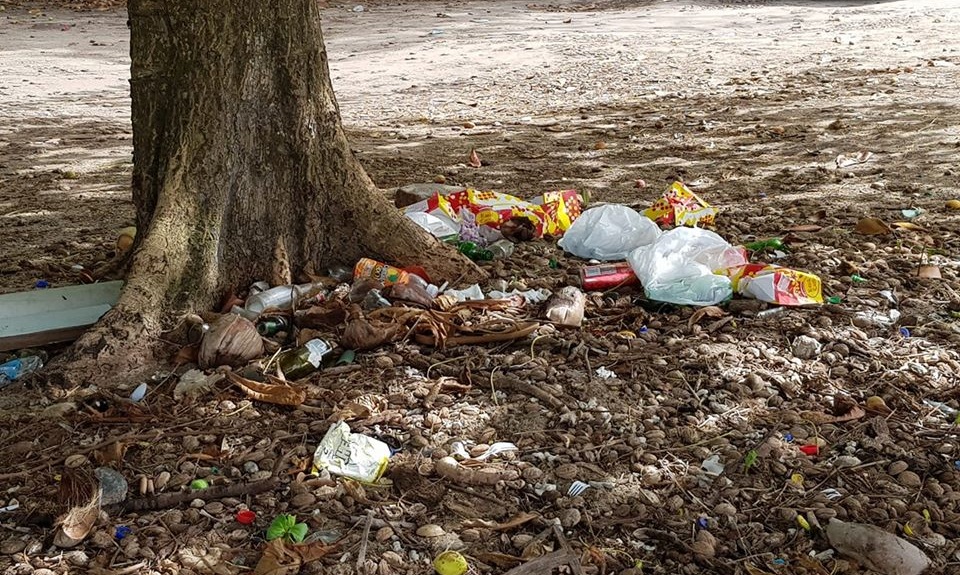 As the country continues phased re-openings, people have returned to beaches and rivers - and so has their trash.

A photo shared online by Facebook user Carrie Boss showed food boxes dumped near to a tree at Salybia Beach.

The person said she was at the beach on Friday and shared a photo of the trash which had been left behind on social media, which quickly went viral.

"Salybia Beach today ... shhhhhheeeeesh, I hope the people who did this today Friday 26 June 2020 at Salybia sees this and are ashamed and feel remorse and STOP IT."

Councillor for Toco/Fishing Pond, Terry Rondon, said the scene at local rivers and beaches in the area over the weekend was 'chaos'.

"The same thing is happening again. During COVID-19 there was a clean scene, but after raising restrictions on the beaches, if you see garbage. It was very bad. If you see the Valencia riverbank, I passed at 6.15 yesterday (Sunday), and it was a terrible sight. It’s chaos."

"I’m happy the restrictions are over but I’m disappointed with the behaviour."

Rondon said on Monday crews from CEPEP, URP and the Sangre Grande Regional Corporation were out at the beaches and rivers, cleaning up the garbage left behind from citizens.

He said there are litter wardens but it is difficult to catch these people in the act. He said at the next council meeting he will request for additional litter wardens to patrol these areas.

"We had people cleaning from last week Wednesday. Now this weekend, all over the riverbank and the other liming spots, there is litter. It's terrible."

He said these areas must be respected.

“This is for the people, it’s not for any party it’s for everyone who comes here. People come to Toco and they bring business here which is good, but they must have some respect."

Some even commented that perhaps the areas should be closed until people learn to clean up after themselves.

"Why all yuh Trini people so nasty? Have some pride. The government should close all natural places of interest until you all get it right," said one woman.

"And the nastiness is back... shame on you," said another.

One woman implored: "I hate this, oh gosh you bring it up carry it back with you nah. Why humans so nasty!"

Another man said: "People caught doing this must be taught a lesson, make them clean their rubbish and other areas as well, they must be put to shame."

Please report any littering to your Regional Corporation or contact your local police station.

Watch: Rubbish left next to 'no dumping' sign as man drives off