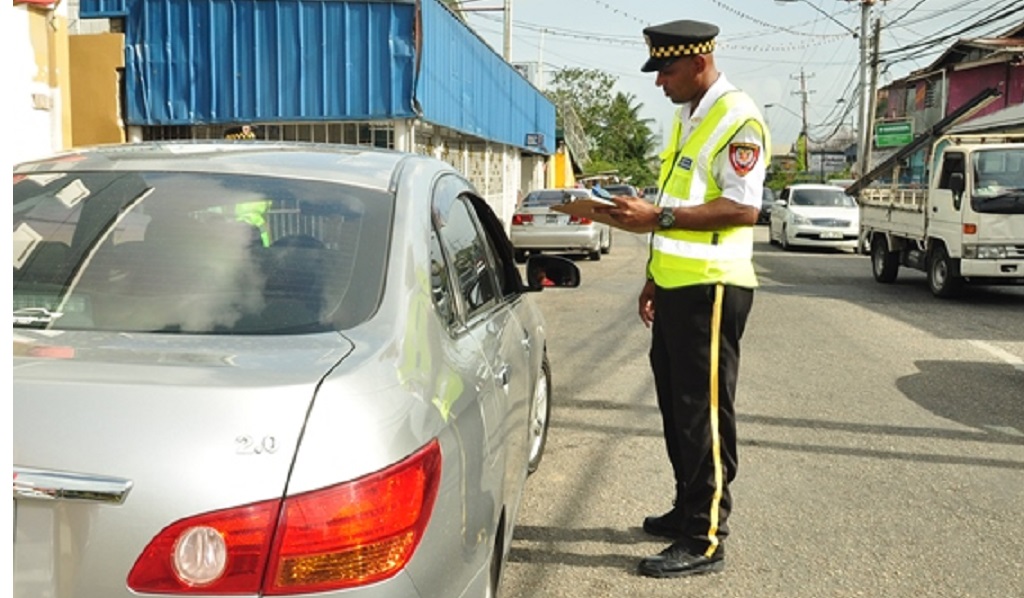 Amendments to the Motor Vehicle and Traffic Act 2017 were brought into effect on Tuesday.

The Act was proclaimed by President Paula-Mae Weekes.

The Ministry of Works and Transport (MOWT) announced the proclamation in a statement on Wednesday.

The Ministry said it anticipates that these "novel systemic approaches" will make a positive impact on the road culture of Trinidad and Tobago, as it works toward reducing the road fatalities to zero and modernising the Licensing Division.

It said with effect from May 27:

1. Errant drivers in violation of offences found in the 9th Schedule of the Motor Vehicle and Traffic 2017 can have Demerit Points recorded on their driving record.

2. Errant drivers who accumulate the maximum threshold of Demerit Points, according to the law, can have their driving permit suspended for a specified period.

Forms of payment include Cash and LINX:

4. Persons with traffic tickets prior to May 27 are required to pay their fines utilising the system identified by the Judiciary of Trinidad and Tobago;

5. Persons who wish to file a Notice to Contest for a traffic ticket issued from May 27 and onwards must do so via the online portal- https:contest.ttlawcourts.org.

The MOWT added that the Red Light Camera Enforcement System will go live at a later date to be announced.

It noted that the changes listed above, inclusive of the legislative amendments, technological upgrades and systemic improvements, have been designed to bring about greater levels of convenience for the general public along with efficiency and connectivity among the Licensing Division, Law Enforcement and the Judiciary.

"It is poised to significantly improve the entire administrative process in the management of driver behaviour and will serve as a landmark revolutionary road safety initiative ever to take place in the history of our nation, with the focused goal of reducing road traffic injuries and fatalities," it said.

It noted that it encourages national road safety and will ultimately improve the standard of driving in Trinidad and Tobago by reducing incidents of road traffic accidents and fatalities.

The Ministry said the system was designed to detect and rehabilitate repeat traffic offenders through rehabilitative driving programmes.

"This change is a shift from the “fine-only” approach, as fines alone tend to favour those who can easily afford to pay them. However, this system is more even-handed as it gets to the core of theproblem by identifying errant drivers, imposing sanctions such as permit suspension and enforcing participation in rehabilitation programmes to bring about behavioural change before regaining driving privileges."

How the Demerit Points System works

• Demerit points are electronically calculated and recorded on a driver’s driving record.

• Everyone starts with zero (0) demerit points.

• A person can accumulate demerit points for committing multiple traffic violations and offences listed in the Ninth Schedule of the Motor Vehicle and Road Traffic Act.

• The more traffic violations or offences that are committed such as speeding, unauthorised use of the Priority Bus Route, or driving under the influence of alcohol (DUI), the more demerit points are electronically accumulated on a person’s driving permit record.

• Drivers have been categorised into two groupings :

Newly Licensed Driver or Provisional Permit Holder - An individual who has held a driving permit for 12 months or less.

Experienced Driver - An individual who has held their driving permit for a period of 12 months or more.

• Depending on the total amount of demerit points accumulated within a specified period, based on the type of driver (experienced or new), a driver can have his or her license suspended.

• To regain the privilege to drive, a driver must participate in a rehabilitation programme, re-sit and pass a driving test and regulation exam and pay the prescribed fee for the re-issue of their driving permit.

It said through the use of technology, the UTURN platform will allow the Licensing Division, the Judiciary of Trinidad and Tobago, the Police Service, and the Trinidad and Tobago Postal Corporation to connect, collaborate and instantly access and share information effectively.

The Ministry said improved connectivity will positively transform the administration of justice, promote that advancement of national security and encourage greater safety for the citizens of Trinidad and Tobago.

The MOWT said the features of the new Fixed Penalty Traffic Ticketing System include:

• Decriminalisation of a wide range of traffic offences into traffic violations

• Contest a traffic ticket within 15 days by scheduling a court hearing online via-contest.ttlawcourts.org

• Reduced traffic matters and greater efficiency within the Court system

• Improve law enforcement in the fight against crime and corruption; and,

• Easy and instant access to traffic tickets and demerit points information via apps.mowt.gov.tt.

The Ministry of Works and Transport said the system now provides for the administrative settlement of traffic and road offences without having to go through the court system; a major benefit that will lead to a significant reduction in the backlog of pending cases before the Courts.

Traffic matters, it said now represent 60.4% of all matters filed at the Magistracy.

The Ministry said this will create, for the Courts additional time and resources to tend to other important issues related to Criminal Capital, Criminal non Capital, Family and Domestic Violence cases.

The Ministry said another significant introduction to the new Fixed Penalty Traffic Ticketing System is the feature of escalated fines for non-payment of traffic tickets.

Tickets must be paid within 30 days of issuance. Thereafter, the fine for a traffic violation increases by 25 percent for the period of 14 days.

The Ministry said if a ticket remains unpaid, the Licensing Division is now empowered to impose administrative sanctions such as:

• Suspending all transactions with the driver or owner of the vehicle

• Suspending all transactions with the vehicle involved in the commission of the traffic violation.