Deyalsingh: It's difficult to bring in hundreds of people at same time 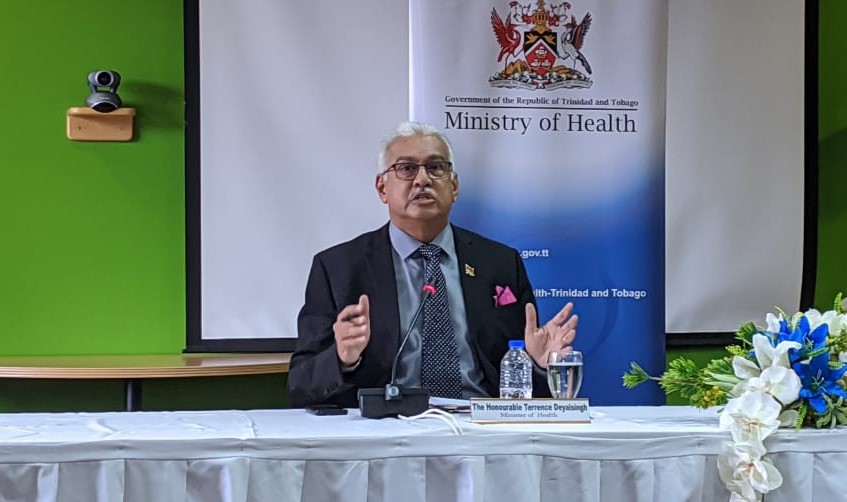 Trinidad and Tobago may not have enough land facilities to quarantine hundreds of nationals returning from cruise ships at the same time.

On Friday, the National Security Ministry announced that Government will permit the entry of nationals on the various cruise ships by establishing a schedule.

Speaking at a virtual media briefing on Monday, Health Minister Terrence Deyalsingh said it is "difficult" to bring in 400 to 500 people to land at the same time.

According to media reports, National Security Minister Stuart Young said that over 300 nationals stuck on a ship off Barbados will be allowed to come home if the cruise ship company agrees to quarantine them at sea off Trinidad and Tobago.

Minister Deyalsingh confirmed that Government is looking at the option of quarantining the returning nationals aboard cruise ships.

"When we have large numbers (by the hundreds) that you want to quarantine, we are in fact looking and we threw out the option to the Minister of National Security, which he is addressing with the agents for these ships, that we simply may not have enough land based facilities to quarantine 300-500. Yes, cruise ships under normal conditions (where you have a mixture of positive cases, passengers, thousands of crews) is not the ideal environment to be in at the best of times. These cruise ships now have been totally decanted of passengers for maybe months on end."

"The crew complement has gone down from thousands to now tens and hundreds. As I said earlier, when we are rotating facilities, we wait for at least two weeks before we rotate a facility. If the Minister of National Security finds agreement with the cruise ship operators to use their facilities, it will be under the quarantine protocols of our port health as managed by the Chief Medical Officer, working in conjunction with the onboard medical personnel. We have already discussed that."

The Health Minister explained that while there are close to one hundred beds available across the system, not all beds are available to quarantine returning nationals.

A total of 52 nationals, who were stranded aboard the Disney Fantasy cruise ship, returned to Trinidad on Monday morning.The nationals are being housed at the UWI Debe Campus.

On Saturday night, six other cruise ship workers returned home.They are also being quarantined at the Debe facility.