Deyalsingh says ‘no regrets’ after backlash over bouffing beachgoer 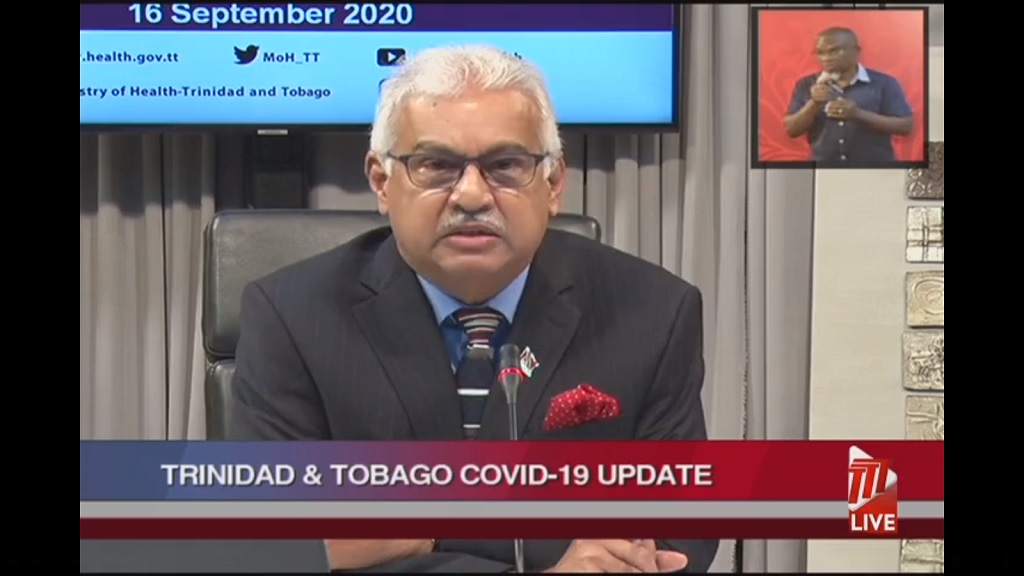 Health Minister Terrence Deyalsingh said he has ‘no regrets’ regarding comments made on a viral video of a woman at a beach who said it was private property.

Speaking at today’s media briefing, he said he swore an oath to do his duty as Health Minister even though his comments received ‘some condemnation’, after someone who was said to be a relative of the woman allegedly lashed out at the Minister for his comments on social media.

‘I have received some condemnation but I have also received messages from many parents saying at last somebody had the strength to talk to young people.

‘One parent…emailed me, she said her child around 25 years of age, went to a party, her mother died. It was subsequently found out that that 25-year-old person went to an underground party, got infected, brought the virus home, and in her words, killed her mother.’

‘I have had messages saying at last, somebody is willing to talk truth to power. I took an oath in office to conduct myself without fear, favour, malice or ill-will. I am not afraid as Minister of Health to talk the truth. Because it is the continuous sweeping under the carpet of the responsibility of every person.’

Deyalsingh initially condemned the beachgoer, saying she represented the worst of young people in Trinidad and Tobago, via a media briefing earlier this week.

‘I am not afraid of backlash, I anticipated it, as a matter of fact I thought it would have been worse. But I am comforted by the fact that [the issue is being discussed].’

‘I am not afraid, I have no regrets because we have to talk truth to power in this thing.’

As of Wednesday morning, the country recorded its 57th COVID-19-related death with 2,426 active cases.

Commissioner of Police Gary Griffith shared a video of the woman, clarifying that by law there are no private beaches in Trinidad and Tobago.

The Trinidad and Tobago Police Service (TTPS) said they have since interviewed the woman.

According to public health regulations, the public is barred from being at any 'beach, bay, river, stream, pond, spring or similar body of water, including the waters around any island off the coast of Trinidad or Tobago, or any public pool for recreational purposes', except where authorised by the Minister.

A person who breaches the regulations is liable to a fine of $250,000 and to imprisonment for six months.