Dice on Music Exec. Andre Harrell: He was a brother, mentor & friend

On Saturday the music fraternity was thrown into mourning with news of the passing of American music executive, Andre Harrell.

The influential R&B Producer who founded Uptown Records and helped launch the career of Sean “Diddy” Combs is said to have died of heart failure.

Many of his friends and industry colleagues took to social media to express their sorrow at his passing.

My Tribute to a dear friends @andreharrell

Babyface rescheduled the Waiting to Exhale Mother's Day Special after hearing of the passing of his dear friend, Andre Harrell.

Among them his long-time friend and business partner, Andrew “Sugar Dice” Ramdhanny.

Dice who is a national of Trinidad and Tobago, told Loop he was working at a unisex boutique and promoting parties in New York when he first met Harrell.

The following week they asked him to travel to Missouri with Run DMC.

The rest as they say, is history.

“Run DMC liked me too, so every time Russell needed a Road Manager, he would call me to go with one of his groups. He ended up giving me a job and it worked out well because I loved travelling, I got to see all of the United States and the world. By this time Andre Harrell was actually the Vice President of Russell’s management company. Two years later that company turned into Def Jam records.”

Andre became a Vice President at Def Jam, while Dice worked his way up and became one of their most trusted and respected A&R Executives.

Together they worked with artistes like Jazzy Jeff and the Fresh Prince (Will Smith,) Run DMC, Kurtis Blow, LL Cool J and the Beastie Boys.

Dice said it was because of that chance meeting with Andre Harrell all those years ago, that he was introduced to the likes of music mogul Russell Simmons and has had the opportunity to work alongside some of the post prolific and respected musicians, artistes and executives in the business.

He said they didn’t always agree, but always worked extremely well together.

He told Loop one day they were all at Def Jam studios when Heavy D came to audition. Dice said he got excited, thinking ‘Yes, we’re going to sign him!’ This sentiment was shared by Harrell, but Simmons had other ideas.

He refused to sign Heavy D, saying he was too similar to artistes that were already on their roster.

Harrell however couldn’t accept that. He’d heard something during Heavy D’s audition that made it impossible for him to walk away, so he got a copy of the demo and shopped it around.

It wasn’t long before he struck gold.

“He got a deal with MCA Records. He just walked into the office and said we got a deal we’re out of here we’re going to start this new label. I was like man what you talking about? I’m not going anywhere. But he talked me into it, they have a way of talking me into things, so I left with Andre and we created a company called Uptown Records.” 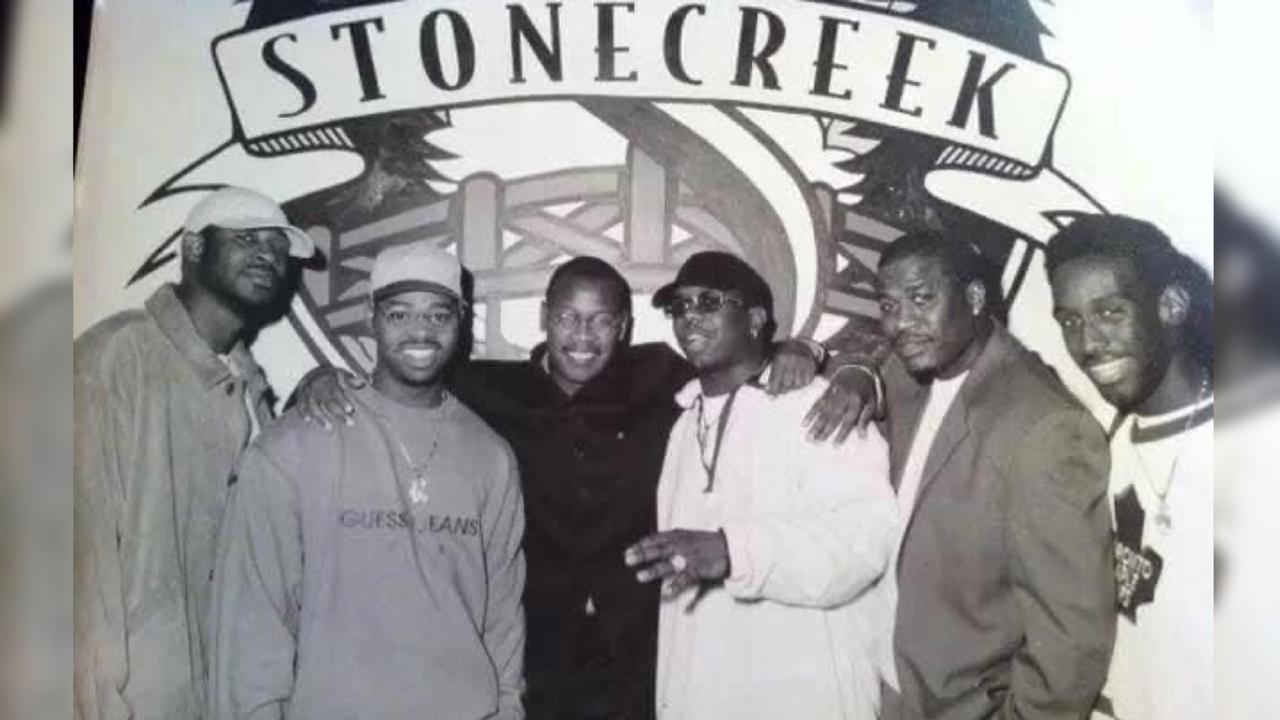 With artistes like Heavy D and the Boyz, Al B Sure and Guy, a group that featured Teddy Riley, Uptown Records grew increasingly successful.

That success was amplified with the addition of artistes like Mary J Blige, Jodeci and Diddy who at one time was Harrell's intern.

“They wanted us to come work for them and I immediately said no. I told Dre to go and I will stay and run Uptown Records. At the time I had no idea that Russell Simmons had told him that if he was going to Motown Records he had to take me. Russell told him you’re a businessman now but you still think like an artiste sometimes and Dice has always been your Road Manager, he’s always kept you straight so you gotta take him.”

Dice agreed, but it wasn’t without hesitation.

“We came to Trinidad because I had brought Teddy Riley to see the recording studio, the Caribbean Sound Basin. Teddy saw the studio and fell in love, he decided he wasn’t going back to America. I left the studio to visit my family in Palo Seco that weekend and Teddy sent for all his producers and his equipment. He stayed and did a Guy album and a Blackstreet album. Anyway while on that trip Andre brought up talk about leaving Uptown again. At first I was adamant, I was not going to leave but he made me an offer I couldn’t refuse. I ended up going to Motown where I was Vice President for eight years, Dre was the CEO.”

Dice said Andre Harrell was never selfish with his success, but instead worked hard to open doors that would otherwise have remain closed to other African American artistes and executives.

He described Harrell as a pioneer and an innovator.

"He was a brother, a mentor and a friend who will always be remembered for his contribution to the development of countless artistes, his humility, work ethic and his commitment to taking urban culture to mainstream audiences," Dice said.

In a statement following news of his death, Russell Simmons said many people can now claim success because Andre Harrell gave them their start.

Heartbreaking - No words, my best friend 💔 always compassionate, good-hearted, full of love and.. what a beautiful legacy he leaves in this world... All the inspiration, direction and support he gave to so many... So many can say they are successful because Andre Harrell gave them their start. He was so beloved because he made his living uplifting others... We celebrate him in his passing because we were so blessed for his presence... He gave everything he had. God makes the best plans R.I.P @andreharrell

He said: "Heartbreaking- no words, my best friend. Always compassionate, good-hearted, full of love and... what a beautiful legacy he leaves in this world... All of the inspiration, direction and support he gave to so many... So many can say they are successful because Andre Harrell gave them their start. He was so beloved because he made his living uplifting others. We celebrate him in his passing because we were so blessed for his presence, he gave everything he had."

Earlier this year BET announced plans to release a mini-series that would tell the story of Uptown's rise to prominence.

Lisa on growing up never feeling her mother's love

Love and loss in the time of COVID-19: A mother speaks

Akosua on finding herself after losing her job, house and car