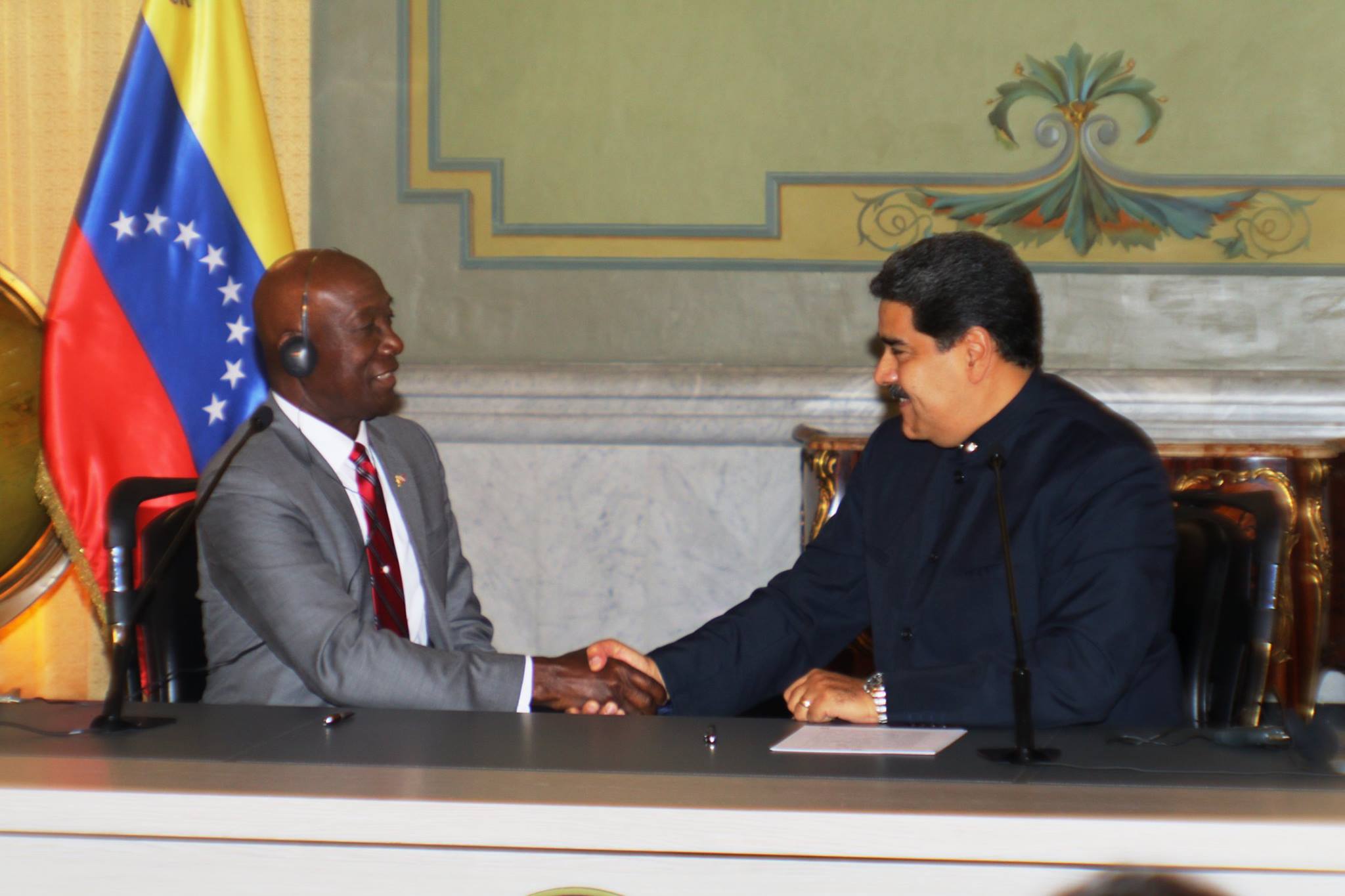 No gas deals between Trinidad and Tobago and Venezuela are off.

So said Energy Minister Franklin Khan, who took issue with the headlines used in the three daily newspapers on Tuesday regarding the status of gas agreements between the two nations.

Khan was speaking at day two of the Trinidad and Tobago Energy Conference and Trade Show at the Hyatt Regency, Port of Spain on Tuesday.

He said the headlines suggested that the deal was off when this not the case, as the development of the Loran-Manatee field, which straddles the countries’ maritime border, will go on – but independently.

As announced by the Prime Minister on Monday, the Dragon deal, Khan restated, will continue as planned - once the United States lifts restrictions prohibiting both nations from continuing with the project and the political climate in Venezuela improves.

For now, he stressed, the deal is only “on hold”.

Khan accused media of sensationalism and suggested an alternative headline regarding the change in status of the agreements.

“What I can tell members of the media is if they wanted a sensational headline they could have gone for Manatee eats the Dragon.”

Quoting figures from the Ryder-Scott report, he explained that the Loran- Manatee field remains a lucrative deal and this is why both nations would no longer be pursuing a joint development, but working independently.

“This is a major resource… which can provide up to 400 million standard cubic feet per day of natural gas over a fixed period.”

“As the Prime Minister said yesterday, it is a game changer. This is the single largest gas development project in over a decade.”

The Manatee field will be developed by Shell and is expected to come on stream by 2025.

Noting a positive outlook for gas production, which is estimated to increase to in excess of 90,000 barrels a day by 2022, Khan gave updates on several projects from upstream companies.

Shell is expected to execute two development projects sanctioned in November 2019 - Barracuda (East Coast) and Colibri (North Coast). Khan noted that the project is an investment of US $1.2 billion.

Shell will also drill two horizontal development wells in its Bounty and Endeavour fields, tying back to the Dolphin production facility beginning in March this year.

Colibri is expected to be sanctioned by March 2020 and will consist of four horizontal development wells, tied back to the Poinsettia production platform. Drilling is expected to start in the fourth quarter of 2020.

The rig to begin drilling in Barracuda project is expected to arrive this week, while the Colibri rig is set to arrive in July.

BP’s Galeota expansion project is nearing completion, with start up to commence in the first quarter of 2020.

Jacket for the Cassia project fabricated in Trinidad is due for completion in first quarter 2020, while installation with topside will arrive in 2021. The jacket will be floated out on February 15.

Developments on Cassia and Jupiter for 2020 include significant turnaround activity to bring BP’s new projects in line as well as upgrade and replacement activity across these platforms, pipeline and onshore infrastructure.

These activities are intended to support production and manage to decline in existing fields.

Regarding BHP’s Ruby well, a new jack-up rig is expected to be working in the third quarter of 2020 to start drilling.

BHP will have a heavy lift installation vessel in T&T to install the Ruby platform and to lay pipelines connecting the Ruby field to the Angostura field. This will take place in the second quarter of 2020.

Other developments include EOG Resources Osprey East, which will see the construction of a new platform and pipelines for the development, following the discovery of hydrocarbons at the Osprey East Well in 2019.

Touchstone Explorations is projected to bring the Coho well in the Ortoire block on stream midyear, while Novo expects to take an investment decision in the second quarter of 2020 on the development and production of its Zandolie field in Block 1A.

Further developments can be expected on the exploration front as Minister Khan noted 70% of TT deep water acreage remains unexplored.

He intends to take a note to Cabinet to address this.