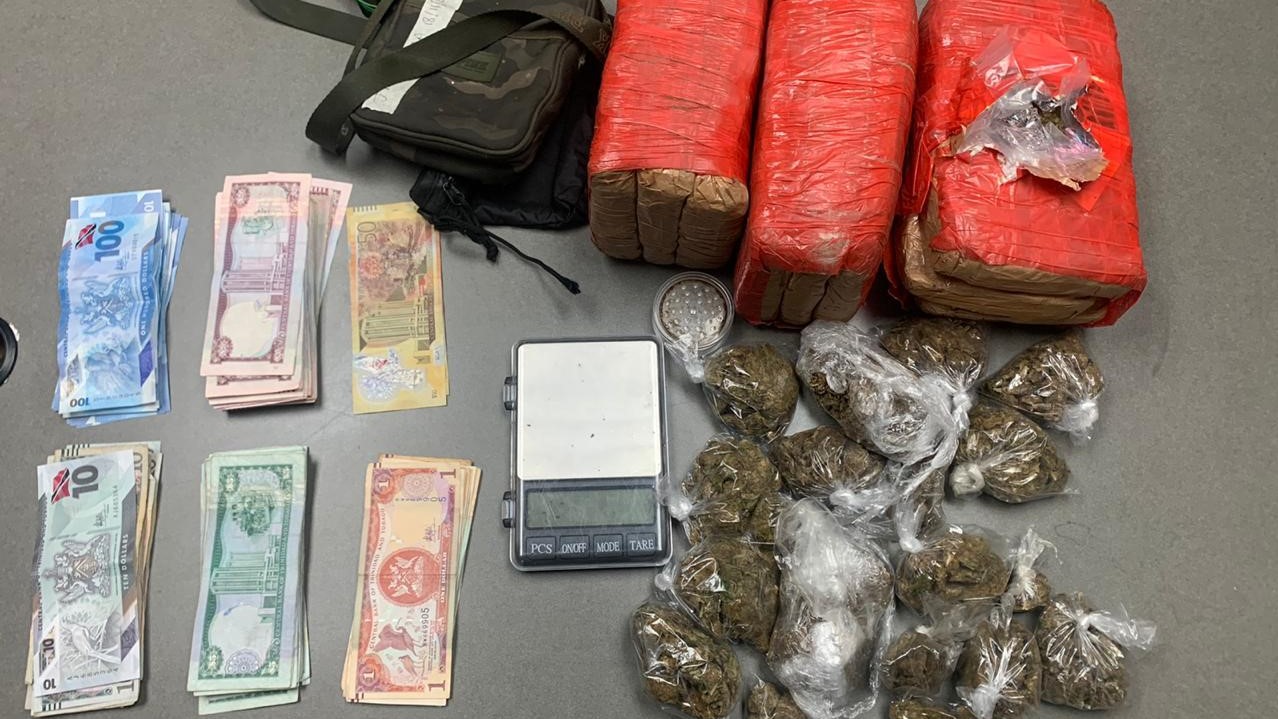 Seized by police on George St, Port of Spain

An estimated five kilogrammes of marijuana was found and seized in an abandoned building in Port of Spain yesterday.

The find was made in an area along George Street, which is commonly used by several street vendors to store their goods.

As a result, no one was arrested in connection with the find.

In total, the officers found and seized 4.8 kilogrammes of marijuana.

Additionally, PC Reid executed a search warrant at the home of a man known to them along Picton Street and found and seized a quantity of marijuana, as well as TT$4,070 in cash, hidden in a washing machine in the home.

The suspect is expected to be questioned on the find.

Man charged for having marijuana near school

Man arrested after marijuana trees found at house in Arima