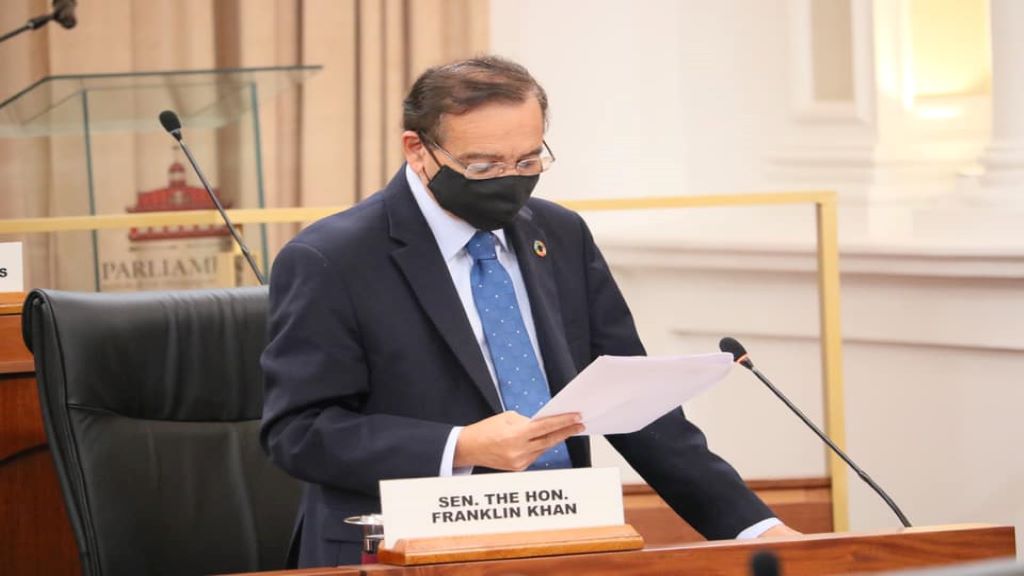 The Ministry of Energy and Energy Industries has launched an investigation after a tank ruptured at the Heritage Petroleum Company Limited in Point Fortin on Sunday afternoon.

Heritage said it was in the process of conducting an engineered hydro test to assess the integrity of Tank 27 at the Adventure Tank Farm in Point Fortin when there was a failure of the tank wall causing a leak.

The leak caused the sea water, utilised in the hydro test, to flow out of the tank, overflowing the bunded area and into the roadway and the nearby Atlantic LNG compound.

Responding to an urgent question in the Senate on Tuesday, Energy Minister Franklin Khan assured that the Ministry has launched a full investigation into the "breach".

Khan said the report will be forwarded to the Environmental Management Authority (EMA) and the Occupational Safety and Health Agency (OSHA).

"As is public knowledge by now, Tank 27 at 5.30 on June 7 ruptured at its base. It was being hydro-tested and the tank was filled with over 500,000 barrels of salt water. The leak was supposed to have been caught in the bund. The bund wall failed which resulted in some major flooding in the immediate vicinity of salt water and a film of oil."

The Energy Ministry assured that preventative measures will be put in place to prevent any recurrences.

Khan also noted that the "tanks are extremely old".

"The tank in question was being refurbished and all the American Petroleum Institute (API) testing was done and the weldings were x-rayed and everything seemed to be in compliance with the API standards. Hydro testing is also a preventative measure because what you do is you fill the tank with water, and as you know water is heavier than oil. So the hydrostatic column of water is heavier than oil, so if the test can stand up to saltwater, it obviously would be standing up to oil. Obviously, it breached with the salt water which in a sense it is better than if it had breached with oil. So in a sense that is preventative measure."

"The major flaw was the bund wall failing which caused the flooding. All those matters will be fully investigated and further due diligence will be done in terms of tank rehabilitation in Point Fortin."

The Energy Minister added that if Heritage is found to be liable and if the damage was caused a result of the rupture, he is almost certain the company will make good on compensation.