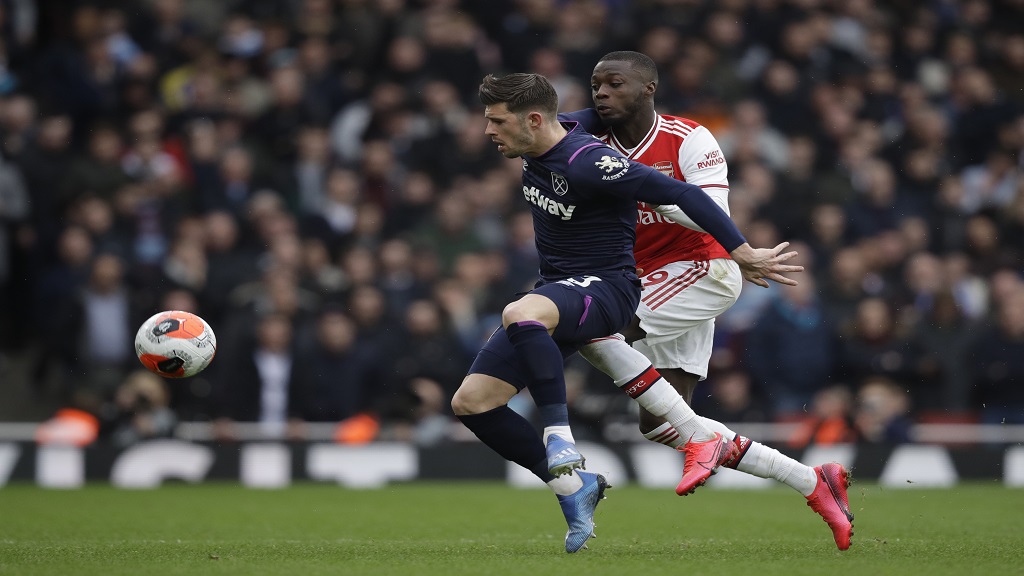 A leading executive at a relegation-threatened Premier League team has called for the English football season to be abandoned, saying officials were in “dreamland” if they thought play could resume early next month after games were suspended amid the coronavirus outbreak.

“The only fair and reasonable thing to do is declare the whole season null and void,” West Ham vice-chair Karren Brady wrote in her column in The Sun newspaper.

West Ham are in 16th place in the 20-team division, only out of the relegation zone on points difference with nine rounds remaining. They have played one more game than 19th-place Aston Villa, which are two points behind West Ham.

The Premier League said it hopes to be back up and running, if possible, by the weekend of April 3-4 - meaning two rounds will have been missed - but Brady sees that prospect as unlikely.

"There are, of course, financial implications, wages and transfer debts must be paid and there is lost broadcast revenue, lost matchday income but this pales into insignificance as the health and well-being of everyone must come first," she added.

"The virus has a long way to travel yet.”

For most people, the new coronavirus causes only mild or moderate symptoms, such as fever and cough. For some, especially older adults and people with existing health problems, it can cause more severe illness, including pneumonia. The vast majority of people recover.

Brighton are also fighting relegation from the Premier League but chief executive had a different view to Brady's, with Paul Barber saying it was his wish that the season was completed at some stage.

Barber said it would be “unjust” to deny runaway leader Liverpool the title - the Reds lead by 25 points with nine games remaining - and for West Bromwich Albion and Leeds, the top two teams in the second-tier League Championship, to miss out on promotion should no more games be possible.

For that reason, Barber proposed the idea of expanding the Premier League to 22 teams next season, which would mean all the current 20 clubs stay in the top tier.

The virus outbreak has wiped out most of the world’s major sporting events, but some sports were going ahead in Britain on Saturday.

Six football games in the fifth-tier National League were being played and in front of fans, while fixtures in rugby league’s Super League, netball’s Superleague and basketball were taking place.

All sporting facilities to be closed from midnight Sunday