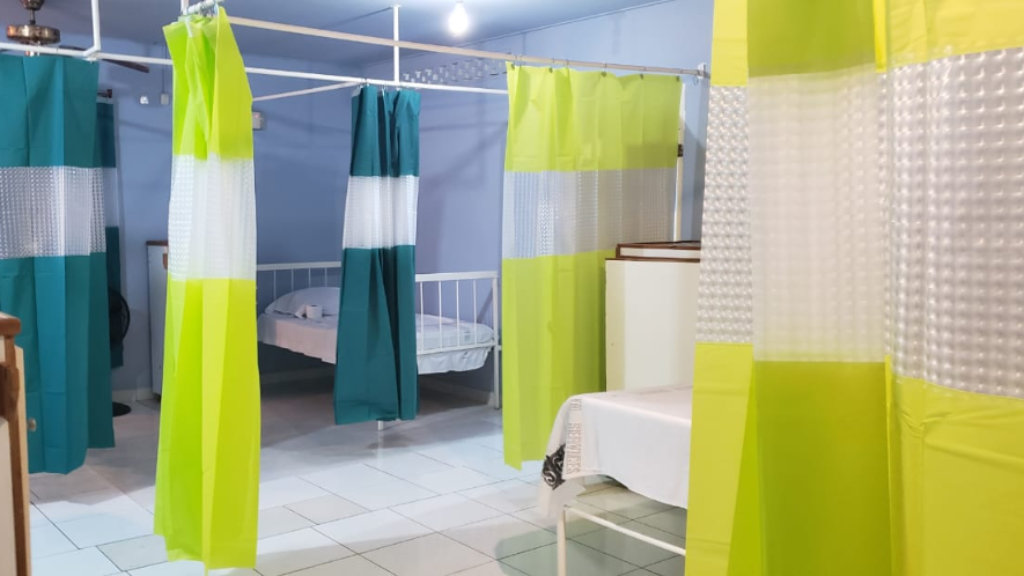 Photos via the ERHA.

The Eastern Regional Health Authority (ERHA) has refuted reports of substandard amenities at its Sangre Grande convalescent centre, sharing photos of the facility.

In a statement issued April 13, 2020, the ERHA said the convalescent centre would be prepared ahead of the movement of ambulatory COVID-19 patients from hospital, as they are in good condition and moving about.

The photos were shared in response to a media report with photos of what appeared to be a dirty shower, bugs and other dilapidated features.

Health Minister Terrence Deyalsingh said in a media briefing on Monday that remedial work was carried out on Sunday and an investigation had been launched into how the site was chosen.

The ERHA said the centre, located in the Sangre Grande area, is part of a model which "removes the confinement of a hospital setting; allows free movement within the facility; provides access to fresh air, sunlight, space for physical exercise and provides comfortable accommodation in an assisted living environment".

The ERHA said there were also assigned recreation rooms with televisions, Wi-Fi and cable televisions, along with dining areas.

The Authority said dietician-approved meals were also being provided, and that the facility has two kitchenettes with microwaves, water coolers, coffee/ tea stations along with required grocery supplies.

The ERHA said: "Electric kettles also provide some degree of independence as persons prepare for the transition into their own homes."

"The public is assured that steps were taken to thoroughly clean and sanitise prior to occupation.  Our Medical and janitorial support personnel are stationed on site at the facility, volunteering to live away from home and family to address the needs of our clients."

The ERHA said additional support is also available on call, adding that measures were also implemented to ensure the isolation of the premises.

The ERHA said the perimeter is being monitored by personnel of the Trinidad and Tobago Defence Force (TTDF).

"The ERHA understands the emotional and other challenges during the journey of confinement than can be experienced by our clients. We have instituted a programme of psychological support in this regard.  A professional team is assigned to reach out to each client to assist with their progress emphasizing their progress and reminding that they will soon be reunited with their loved ones."

The ERHA said it commits to keeping all stakeholders informed as they do their part to stop the spread of the virus.

NCRHA: Caura Hospital prepped and ready to treat with COVID-19

Residents near facility have nothing to fear, MOH calls for compassion