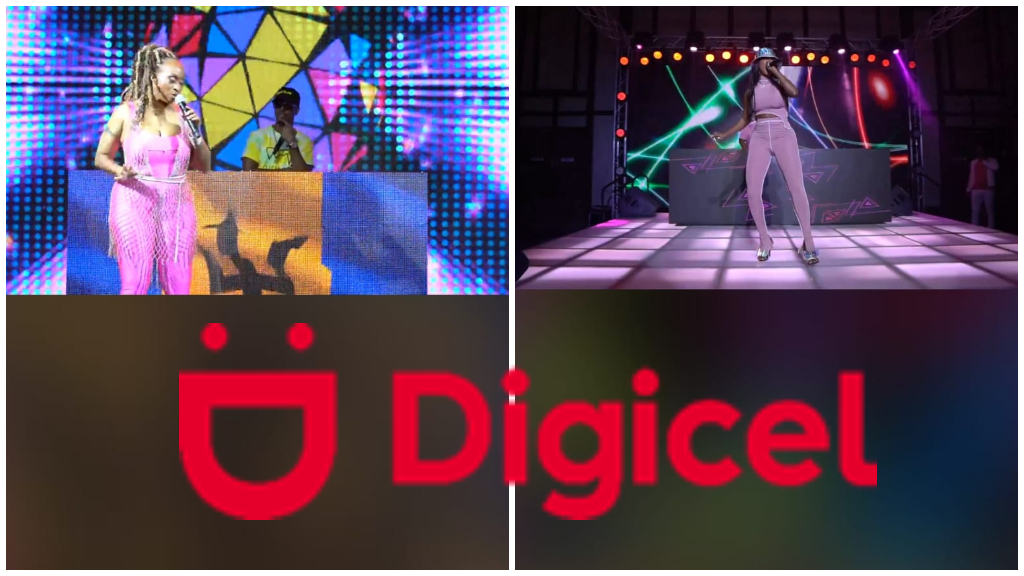 It was billed as a battle but soca queens Alison Hinds and Patrice Roberts were filled with praise and palpable respect for each other as they went head to head on the premiere of Showdown.

Inspired by Swizz Beatz and Timbaland’s Verzuz series, Showdown pitted two of the Caribbean’s top female soca artistes against each other, Hinds from Barbados and Roberts from Trinidad and Tobago.

From the outset, it was nothing but love and respect with Roberts clearly in awe of her veteran counterpart. “You are my idol you know, I used to choose songs because of you,” Roberts told her Bajan counterpart.

“I do appreciate that, you kinda have had that feeling that I was part of your inspiration to be the beautiful and strong and powerful woman I see in front of me,” Hinds countered.

The ladies, dressed in pink to commemorate Breast Cancer Awareness Month, complimented each other throughout, danced and sang along to each other’s songs.

Showdown saw the two stars performing live to their songs, each on a stage in their respective islands backed by a DJ.

The show, a concept by Perception Management in conjunction with Ace Signature Events, was streamed live on Digicel’s Facebook page and YouTube channel. At its peak, the live stream drew just over 19,000 viewers while YouTube registered 4800 viewers.

The show was sponsored by title sponsor Digicel, Hilton Trinidad, Hilton Barbados, Media 21, and the National Cultural Foundation of Barbados.

The women performed in 10 categories.

Here is the breakdown of each category.

In the opening category, Hinds, backed by DJ Puffy, drew first blood with her first major hit, “Raggamuffin” the song which made her the first female to win Road March in Barbados.  Roberts opened with her breakthrough “The Islands” her collab with Bunji Garlin written by Kernal Roberts.

Hinds, still in her Square One catalogue, chose “Bazodee” for this round. She said it was a song done written by Terry Arthur specifically for Trinidad Carnival since “Bazodee” is not a Bajan word but it took off around the region. Roberts revealed that her selection “Wukkin Up” was definitely patterned after Hinds and was also written by Arthur because she wanted to be in the Cropover market.

Hinds selected “In The Meantime” for this category but Robert’s collaboration with Machel Montano, “Rollin” proved to be the more exciting choice.

Score: Patrice takes this round

Hinds dug into her catalogue and pulled out “DJ Ride”, a song she says gets waistlines moving every time. Roberts acknowledged that song mashed up every single fete she went to before charging back with “A Little Wine”. Hinds said that was one of her favourite songs from her.

Hinds pulled out the canon in this round with her biggest hit ‘Faluma”. She revealed that the song was created in her Square One year in preparation for a tour in Suriname. To appeal to the Surinamese, they learnt the song which, she said, was deeply meaningful to that country and because of the fans’ reaction they recorded the song and it became a mega hit. Roberts pulled out her Road March contender “Sweet Fuh Days” to counter. A credible selection but not more powerful than “Faluma”.

Score: Alison Hinds took this round

In this round, they sought to prove soca artistes could sing anything. Hinds selected her reggae collaboration with Richie Spice called “King & Queen”. Roberts countered with a brand new track, a dancehall/soca collaboration with Kemar Highcon called “Start Up”.

Score: Alison Hinds took this round

Both ladies have done many collaborations with male artistes over their careers. Hinds went for her collab with David Rudder called “Glow”, a song made for the popular all-white Glow Carnival fete that was held in T&T years ago. Roberts, who has some classic male collabs, came back strong in this round, dipping, she joked, in the Red Man Association, for her song “Like it Like That” with its President, Kees Dieffenthaller.

Score: Patrice Roberts took this round

Hinds took off her heels for this one. “Obsessive Winers” with Destra Garcia and Denise “Saucy Wow” Belfon is perhaps her most notable female collab. Roberts went for her 2020 collab with Nessa called “Splash”.

“Roll it Gyal” is the ultimate ladies’ empowerment song in Hinds’ repertoire and she did not disappoint when she pinpointed this for her choice in this round. Roberts was not to be outdone though with her 2020 empowerment song “Real Woman”.

Hinds chose the high-octane “Togetherness” for this round while Roberts came back with her Road March contender “Band of the Year” with Machel Montano.

The women were given options to sing any two songs from their catalogues to break the tie.  Hinds chose “Aye, Aye, Aye” and her 2020 Caribbean anthem “West Indian”. She also took the opportunity to premiere the video for the latter, parts of which were shot in Ghana.

Roberts closed off with “Carry On” which she described as her all-time favourite and “Old and Grey’. Before they finished, Roberts appealed for Hinds to sing her favourite song “Top Class Bubbler” while Hinds asked for “I am Soca” featuring Kerwin DuBois.

Soca queens to be featured live on Amazon Music's Twitch