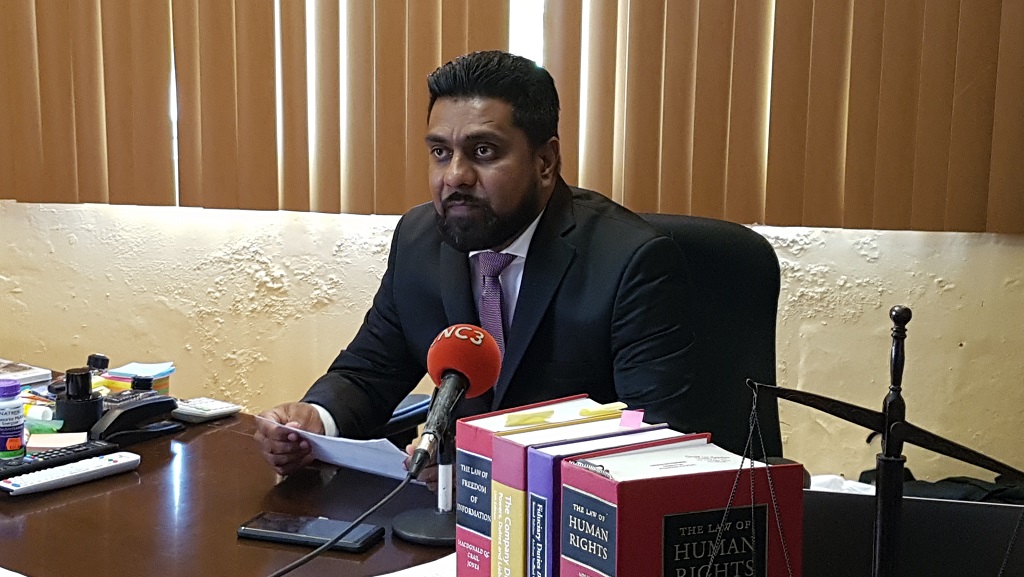 A Chaguanas family, including a mother and her two children, who tested positive for the novel coronavirus, is threatening legal action if they are not released from the Caura Hospital by 10 am on Wednesday.

One of the children is a minor.

Three separate pre-action protocol letters were sent to Thoracic Medical Director of the Caura Hospital Dr Michelle Trotman by the attorneys representing the woman and her two children on Tuesday.

Attorneys Gerald Ramdeen, Umesh Maharaj and Dayadai Harripaul claim that their clients are being unlawfully and unconstitutionally detained at the Caura Hospital in unsatisfactory conditions.

According to the legal documents obtained by Loop News, the woman and her children tested for COVID-19 at the Mt Hope Hospital on March 28.

She received a call on March 30 informing her that she and her children all tested positive for COVID-19.

Arrangements were made for the woman and her children to be taken to the Caura Hospital.

On April 2, the woman, her husband and two children were transferred from the Couva Hospital and Multi-Training Facility to the Caura Hospital.

Her husband had previously tested positive for COVID-19, after returning to the country.

At the Caura Hospital, the woman and her children were presented with documents under the authority of the North Central Health Authority (NCRHA).

The documents stated that the Chief Medical Officer had directed that they be quarantined for observation and treatment.

The attorneys claim that at no time the contents of the documents were explained.

On April 3, a paediatrician examined the minor child and determined he was to receive a special diet.

"In further breach of my client's constitutional right, he has not received the diet recommended by the doctor. As a result thereof he constantly vomits and is unable to digest the food provided to him. He is getting weaker with each passing day."

According to one of the legal letters, no treatment was administered to the woman or children.

The attorneys are contending that the woman and children are being unlawfully detained at the health facility and should be released immediately.

They noted that the Quarantine Regulations apply to persons who entered the country within the last two weeks of the detention.

They argued that neither the woman or her children had left the jurisdiction within the 14 days before they were quarantined.

The lawyers concluded that the entire detention of the woman and her children were therefore 'unlawful.'

The attorneys will file habeas corpus applications at the High Court, if their clients are not released by 10 am on Wednesday.