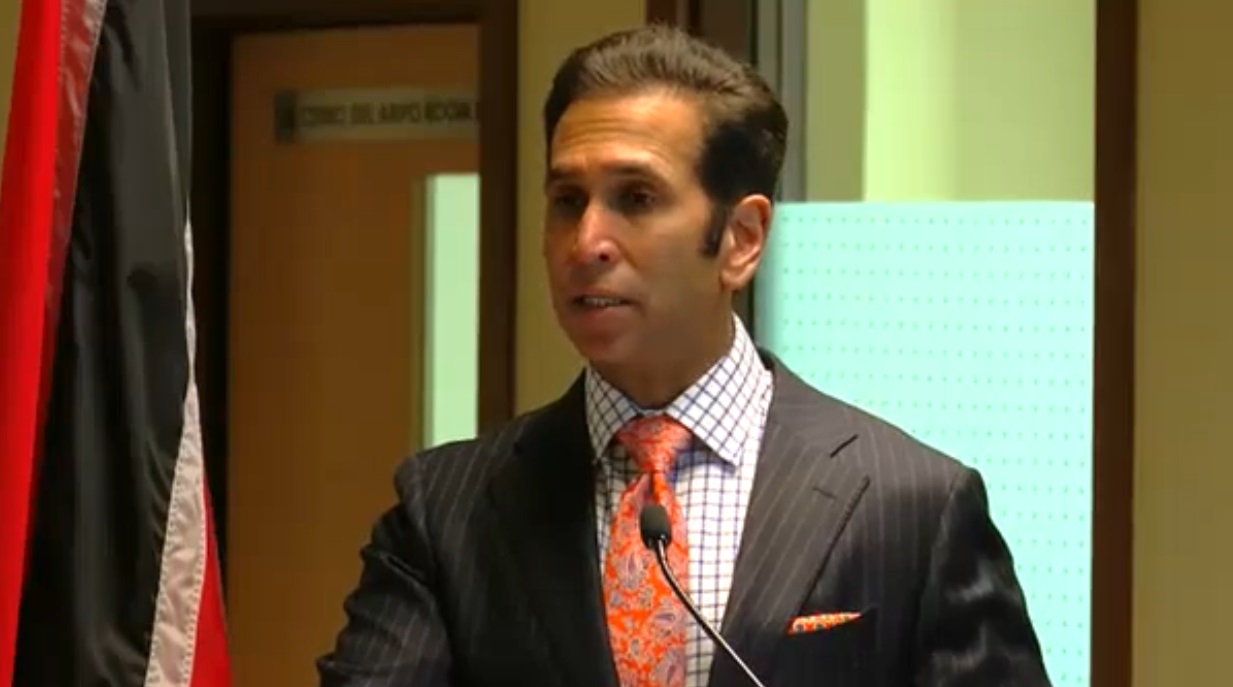 Attorney General, Faris Al Rawi, is calling on the public to use their voices to bring the Bail Amendment Bill back to the Parliament.

Recalling statistics for the years 2009-2019, Al Rawi revealed that 6,387 people were charged for illegal possession of firearms. For the same period, the AG says a total of 17,271 firearm related offences were committed in Trinidad and Tobago.

After being shot down yet again last week, the AG says without support from the public, the Opposition will remain steadfast in their reluctance with the legislation.

Speaking in a media conference today, Al Rawi said he’s still at pains to understand why the Opposition is so against the new law when they once had a version of it themselves.

“The records of this country demonstrate, from the hansard exerpts I’ve just read to you, that the UNC’s position was that one strike is all that matters. No bail for 120 days for firearm offences,” he said.

AG Al Rawi, reflecting on the comments made by Commissioner of Police, Gary Griffith, yesterday on the same matter said, Trinidad and Tobago has never had the benefit of having such a vocal commissioner. Al Rawi says it’s unfortunate that Griffith’s hands are being tied due to lack of legislative support.

“It is not every day that the population will witness a commissioner of police step out and make an extremely strident and carefully managed statement about the need for critical legislation; in fact, to my memory, this has never happened,” Al Rawi said.

As it stands, the law allows for anyone held with a legal firearm to be allowed bail regardless of the type of weapon.

The government’s proposal is that anyone held with a firearm be committed to prison for a period of up to 120 days before bail can be accessed. They also propose that only those who apply for a special exemption in the court be allowed to access bail sooner.

Opposition Leader, Kamla Persad-Bissessar has been rooted in her own stance that bail denial is an infringement of the rights of those in court. Instead, she’s suggested that persons be allowed a three-strike circumstance. That way, the first two times someone is held with a firearm, they can access bail, but if charged a third time, they are denied.

The bill has been shot down every time since it expired and was brought back to the parliament under the new administration in 2016.