Ferry service between Trinidad and Tobago to continue 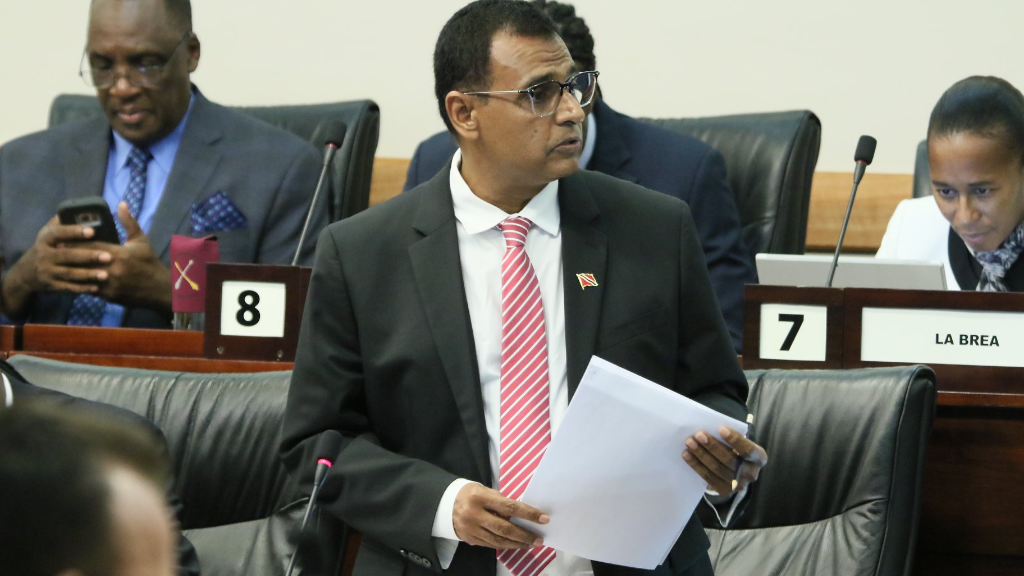 Photo via Facebook, the Office of the Parliament of Trinidad and Tobabgo.

Government has no intention of stopping the ferry service between Trinidad and Tobago.

Works and Transport Minister Rohan Sinanan in response to a query from Opposition MP Ramona Ramdial in the Parliament on Wednesday said the service would continue as he noted that the Port Authority had stepped up its protocols in light of the COVID-19 pandemic.

Responding to the Couva North MP’s question, the Minister denied that there was any foreign or local passenger suspected of having the virus that was allowed to travel on the ferry service.

Sinanan noted that the Port Authority of Trinidad and Tobago (PATT) has implemented several additional measures as it pertains to the ferry and cargo terminals and vessels operating on the seabridge. Those measures include restrictions to persons exhibiting flu-like symptoms at the terminal and vessel.

PATT has engaged a sanitisation company to undertake deep cleaning of the vessels before and after sailing, while antiviral spray is used to sanitise the vessel during sailings and in the terminals.

Additional disinfectant cleaners have been provided for use on the vessels.

In addition to increased sanitisation, measures include: strict adherence to no loitering policies on the compound, waiver of penalty charges and administrative fees for passengers who no longer wish to travel at this time, and the restriction of shore leave to crew members on the ferry while vessels are in port.

A two-shift operation has been implemented at the Port of Port of Spain and Scarborough Terminal to prevent cross contamination of employees and cleaning of workspaces, while opening and closing times have been extended to facilitate cleaning of the immediate workspaces.

Asked whether he would advise the Tobago House of Assembly to institute screening of passengers coming to Tobago from Trinidad, the Minister indicated that screening is done at both terminals by PATT.

He noted that screening capacity will be stepped up as 15 thermal screeners were received on Wednesday and will be positioned at both terminals and other places as required.

“Any advice on this pandemic is given by the Ministry of Health, the Ministry of Works does not have the capability to advise the THA on matters of health,” he concluded.