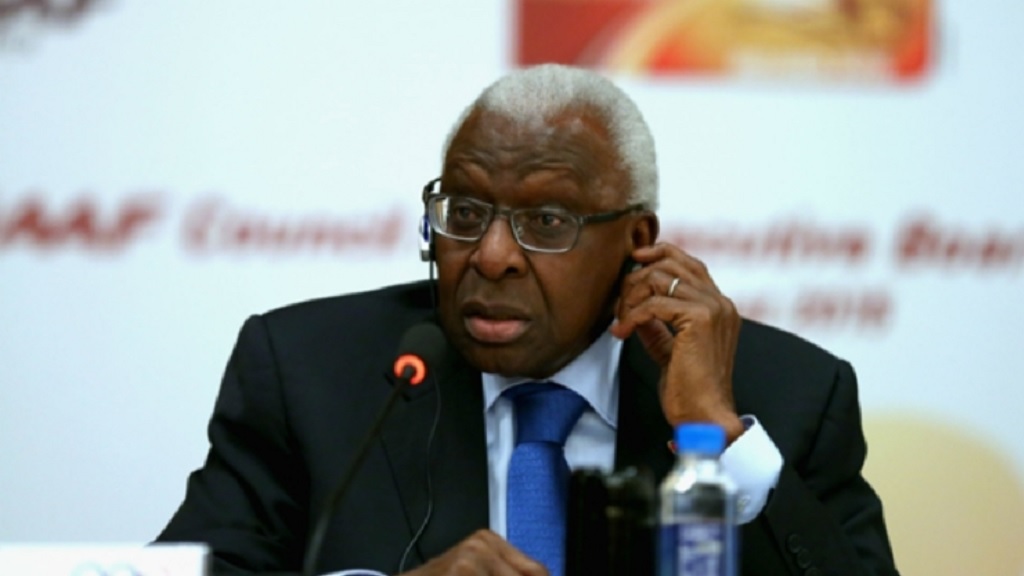 Lamine Diack, the former head of athletics' world governing body, has been found guilty of corruption and sentenced to four years in prison, two of them suspended.

The 87-year-old, who was facing trial in France, was convicted of accepting bribes from Russian athletes suspected of doping to cover up test results and letting them continue to compete, including at the 2012 Olympics in London and the 2013 World Championships in Moscow.

The Senegalese, who has been under house arrest in Paris since November 2015, was also given a maximum fine of €500,000.

Prosecutors alleged that Diack, who led World Athletics - previously known as the IAAF - between 1999 and 2015, directly or indirectly solicited £3.1 million from athletes to conceal their offences so they could continue competing.

It was also alleged that Diack was involved in a $1.5 million payment from Russia to finance presidential and legislative election campaigns in Senegal in 2012, in exchange for slowing down doping cases targeting Russian athletes.

The judge, Rose-Marie Hunault, said his actions had "undermined the values of athletics and the fight against doping".

Diack's lawyers are appealing against the judgement.

The court also handed guilty verdicts to five other people, including Diack's son, Papa Massata Diack, who worked as an IAAF marketing consultant. The judge said $15 million was funnelled to the younger Diack's companies while his father was in charge of the IAAF.