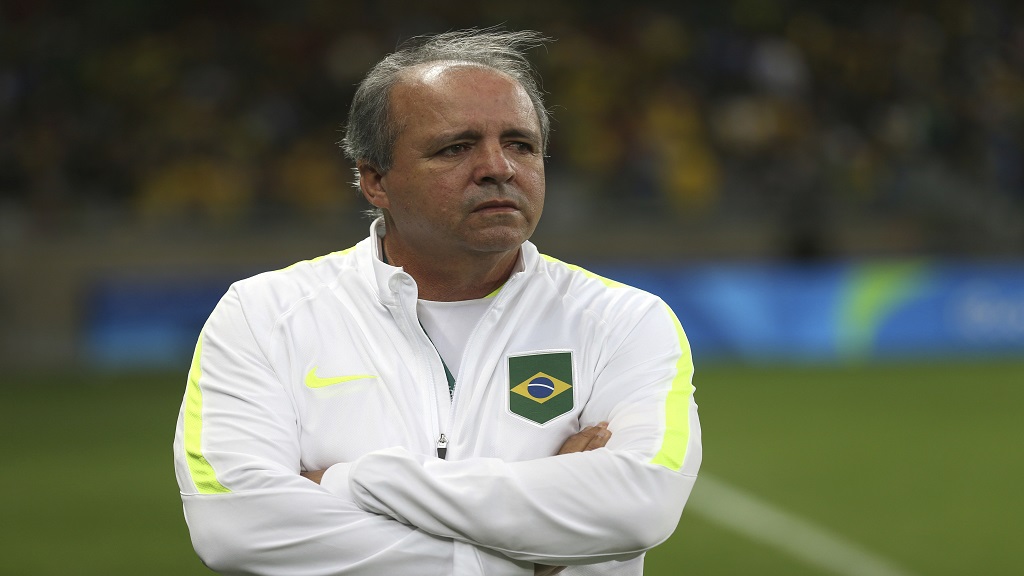 In this Aug. 12, 2016 file photo, Brazil's coach Oswaldo Alvarez Vadao, looks on prior to a quarter-final match at the women's Olympic football tournament against Australia at the Mineirao Stadium in Belo Horizonte, Brazil. (AP Photo/Eugenio Savio, File).

Oswaldo Alvarez, who coached Brazil at the last two Women's World Cups, died in a Sao Paulo hospital on Monday. He was 63.

Alvarez recently said he was getting treatment for liver cancer.

The Brazil confederation paid tribute to Vadão, as Brazilians knew him, as “a loyal professional who never fell short in his work and brought fundamental results” for the national women’s team.

At the Women's World Cups, Brazil fell both times in the round of 16: To Australia in 2015 and to France in 2019. Vadão was fired after that loss last July and hadn't been working since then.

He stepped down after those Olympics but was rehired when his successor, Emily Lima, the first woman to lead the national team, was fired in 2017 by the confederation in a major dispute over wages and respect.

Marta, the captain and six-time world player of the year, wrote on Instagram that Vadão “accomplished his mission with a lot of success.”

“You knew how to live life in a way that was worth it. I am proud to have lived wonderful moments by your side and also to have the chance to learn so much.”