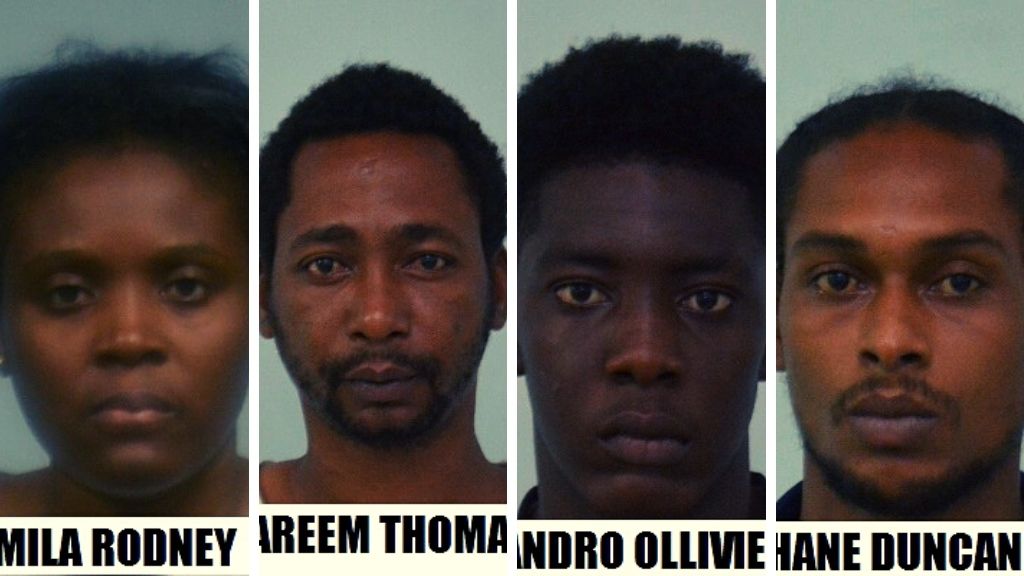 The Trinidad and Tobago Police Service (TTPS) said three men and a woman will appear before a Port-of-Spain Magistrate charged with various offences arising out of an incident in which a police officer was allegedly attacked.

The TTPS said around 8:45 pm on Wednesday, a police officer attached to the Inter-Agency Task Force (IATF) and posted to the Duncan Street Police Post, was on duty when he heard several loud explosions emanating from a Duncan Street Apartment Complex.

The officer proceeded to the Duncan Street Basketball Court, where he met other officers of the Municipal Police who were conducting investigations in the area.

While there, police officers were confronted by a crowd of angry residents who began 'behaving violently' to an officer.

With the assistance of the Municipal Police Officers, the suspects were arrested and taken into police custody at the Duncan Street Police Post.

Following the fracas, several stones and bottles were thrown at the Duncan Street Police Post which caused damage to the front windscreen of a marked police vehicle.

Officers quickly quelled the large disturbance and dispelled the crowd of residents.

The following charges were laid on Thursday October 8, 2020:

- Kareem Thomas: Assaulting a Police Officer in the execution of his duty and resisting arrest

Cpl Thomas of the Duncan Street Police Post is the lead investigator into this case.

The four will answer to the charges when they appear before a Port-of-Spain Magistrate today, October 9, 2020.