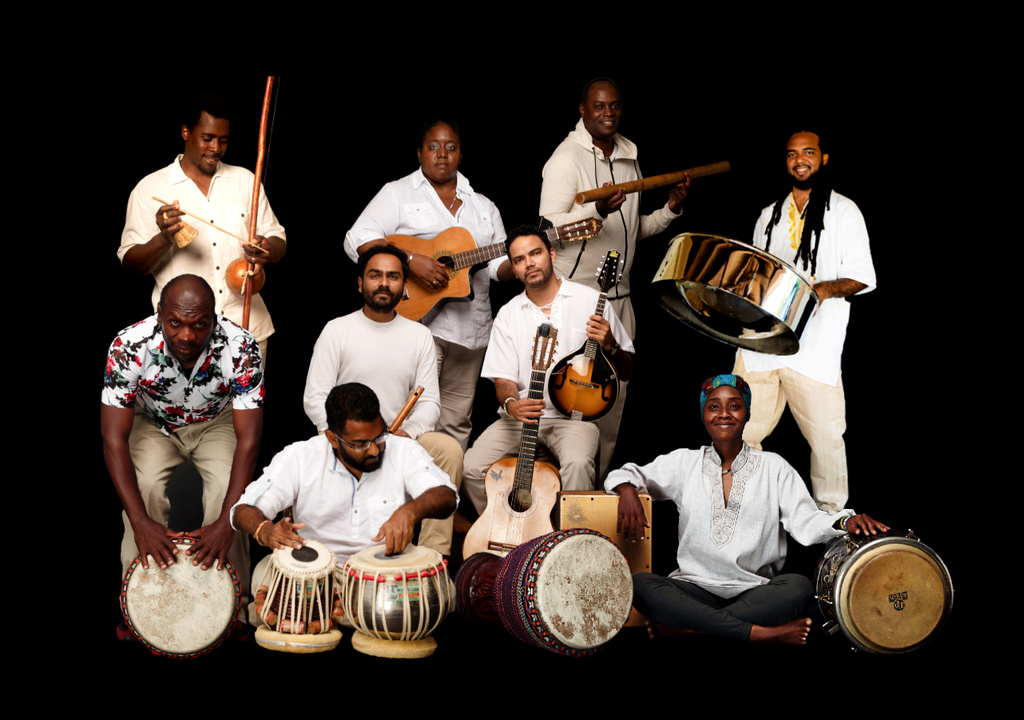 Terrenaissance is a fusion, acoustic band formed from open air jams at the University of the West Indies campus in St Augustine.

An acoustic fusion band from Trinidad and Tobago has signed an an exclusive global two-year distribution and licensing agreement with AudioMaze, one of the leading independent world music labels in Europe.

Terrenaissance is a band that composes and performs totally acoustic music spanning the wide range of languages, oral artforms and vocal styles that co-exist in the Caribbean. Their sound emerged and evolved through open air jam sessions at the University of the West Indies in St Augustine.

The signing takes place ahead of the virtual launch of the band's debut EP, Earthology, in mid-October.

The signing follows some two months of talks in the wake of the release of their song Sringara, the second song from the EP, which has already garnered some 30,000 views on social media since the band’s Facebook launch in late July 2020.

AudioMaze will now exclusively distribute Terrenaissance releases to digital platforms worldwide via The Orchard, a subsidiary of Sony Music, as well as providing global marketing and promotional support from its headquarters in Amsterdam, Netherlands.

AudioMaze founder and owner, Abdullah Geels said of the deal, “It is not often that I come across such a unique combination of sounds and cultures. I am delighted that Terrenaissance agreed to combine forces with Audiomaze to create new ways of sharing the sound of Trinidad and Tobago with a global audience. I look forward to working hand in hand with Terrenaissance to get their amazing music to as much possible listeners around the globe.”

“Terrenaissance’s signing with Audiomaze marks a new chapter in the band’s journey of forging new paths and making creative connections that are not always obvious. Terrenaissance’s music is being released at a time where the band’s message of consciousness and connection resonates even more with current conditions. Terrenaissance continues to be focused on generating healing music that is rooted in Trinidad and Tobago culture with an awareness of the global community," said Callender, the bandleader.

As the band prepares for the launch of the Earthology EP, Callender spoke on the path for Terrenaissance over the next two years: “We will be working closely with Abdullah [Geels] and his talented team to build on the momentum generated by the release of Sringara and we are proud of the amazing talent from Trinidad and Tobago that has come together to contribute to the EP launch.”