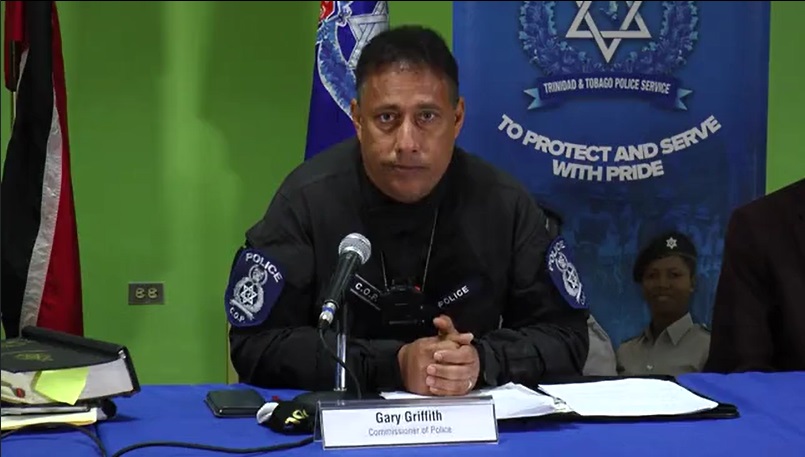 Commissioner of Police, Gary Griffith, has not resigned.

Rumours that Griffith had resigned swirled on social media on Tuesday, following a few days of back and forth between the Commissioner and detractors in the public domain.

On Tuesday afternoon, via a press release, the Commissioner denied that he had resigned.

The statement read: "Commissioner of Police, Gary Griffith, has bad news for the criminal elements and the 'Hate Gary Club'. He has not resigned. Responding to social media posts that he had resigned the job, the Commissioner pointed out that there were too many idle hands in this country, who have nothing better to do than to spread fake news. Commissioner Griffith said that those who know him would know he is a fighter and not a quitter. He said he and the Chair of the National Security Council have too many things to do to secure this country, that he cannot even contemplate resigning. The Commissioner said there are people out there with an agenda with one purpose in mind and that is to spread false news with the hope of having a destabilising effect.”

The Corporate Communications Manager of the Trinidad and Tobago Police Service (TTPS), Francis Joseph, had also rubbished the rumours to the media.

Griffith had been facing backlash over his police officers’ decision not to charge a group of limers at Bayside Towers for breaching the Public Health Regulations.

Griffith has since defended the position saying that police cannot intervene on private premises despite incidents where police have allegedly charged people on private property.

On Saturday, Prime Minister Dr Keith Rowley called on Griffith to distribute the law equitably and without consideration for race, creed or economic standing.

The Commissioner followed up by calling the Prime Minister’s comments hypocritical. He also explained that the Parliament could give the police more powers that could govern private spaces, but since they haven’t done so, leading the public to believe that police can intervene on private gatherings is misleading.

On Monday, the Prime Minister and CoP met at the Diplomatic Centre in St Ann’s.

Griffith subsequently took umbrage with the wording used by the Office of the Prime Minister’s Facebook page, which stated that the Commissioner had been “summoned” by the Prime Minister. Griffith issued a release stating that he was “invited”, not “summoned”. He did end the release by saying the meeting was “cordial”.

Meanwhile, the Police Service Commission has also issued a warning to the public to stop sharing false news as it relates to the resignation of Gary Griffith.

The brief statement issued on Tuesday evening said: “The Police Service Commission wishes to advise the public that the information circulating on social media concerning the resignation of Mr. Gary Griffith as Commissioner of Police is false.

The public is urged to refrain from sharing this misinformation.”

Newspaper reports said the Commission had plans to hold a meeting this week over the top cop’s conduct.

Gary: I was invited not summoned