Gary on mask tickets for homeless: Are they really homeless? 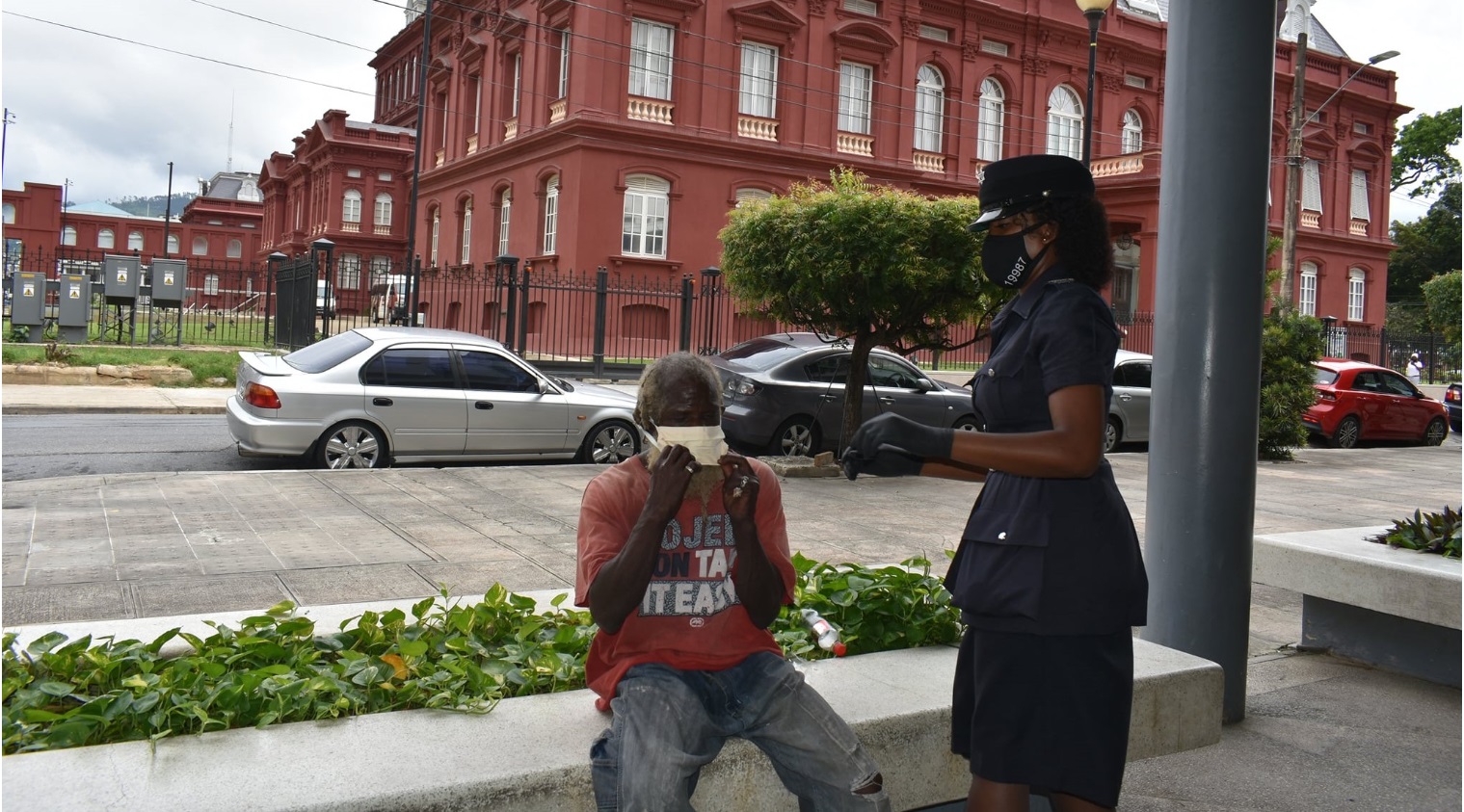 A police officer gives a mask to a homeless person in Port-of-Spain.

Commissioner of Police Gary Griffith is disputing that his officers have ticketed homeless people for not wearing masks.

After multiple reports, including video interviews, spread about homeless people in San Fernando were given $1,000 tickets for not wearing masks, Griffith said something about the reports sounds odd.

“Homeless people do not have an address. The individuals had an address, they were gainfully employed, they were collecting funds from certain departments in the state, so the initial reports that I have are that the persons who were given tickets are not homeless,” he said.

The Commissioner made the statements during an interview on i95.5fm on Sunday.

Griffith said that his mandate to officers is that they are not to ticket homeless people, but are supposed to provide them with masks.