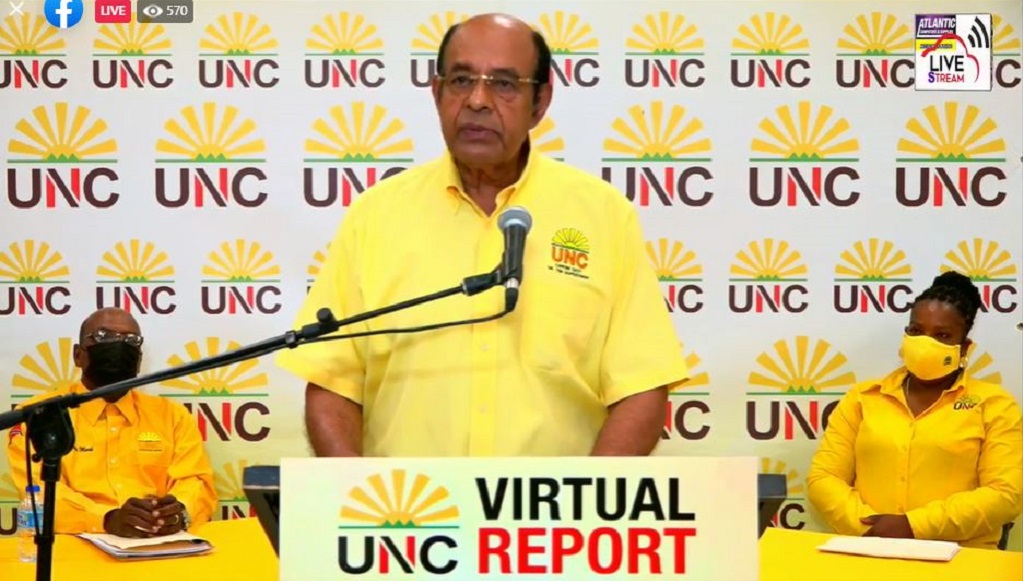 Gopeesingh was speaking at the United National Congress’ virtual Monday night report ahead of the party's internal election on December 6.

He labelled the decision “dangerous” and “backwards” as he lashed out at the Government.

According to Gopeesingh, the GATE programme is a critical tool for underprivileged persons to access tertiary education. This, as he said the decision to slash the fund, during the COVID-19 pandemic, is a serious blow.

“So to take away this funding and leave them in [a] lurch so callously and without any warning whatsoever, this is bordering on diabolical and psychopathic on the path of this Rowley regime. It is devious, underhanded, malicious, vindictive, cruel, inhumane and will inevitably inflict mental, financial, and overall pain on a significant part of our student and parent population of Trinidad and Tobago, particularly the underprivileged and vulnerable.”

Furthermore, he said it was possibly illegal to slash scholarships from 400 to 100 annually and called it a “spiteful” act against the Caribbean Advanced Proficiency Examination (CAPE).

“It is disturbingly rife with political mischief, subterfuge and open to rank political discrimination, biasness and inequality.”

Meanwhile, Gopeesingh reminded that under Persad-Bissessar, there were 150 open and 250 additional scholarships granted in seven groupings.

He said lowering that figure to 100 was a plot to academically disenfranchise tertiary level skillsets which would lead to a waste of human capital and ultimately stun the nation’s growth.

The former Minister also warned T&T’s denominational boards to brace for the Government’s possible attempt to take full control of the schools they manage.

“Do not trust anything they say. Stand up to them and preserve your right in our education system at all costs. Get your lawyers ready and be prepared to battle for our education sector and your sacred rights under the constitution."

On Friday, the Minister announced the restructuring of GATE which includes the implementation of a mandatory means test to access the fund based on household income.

National scholarships will also be revised to no more than 100.

Funding for postgraduate degrees has also been discontinued.