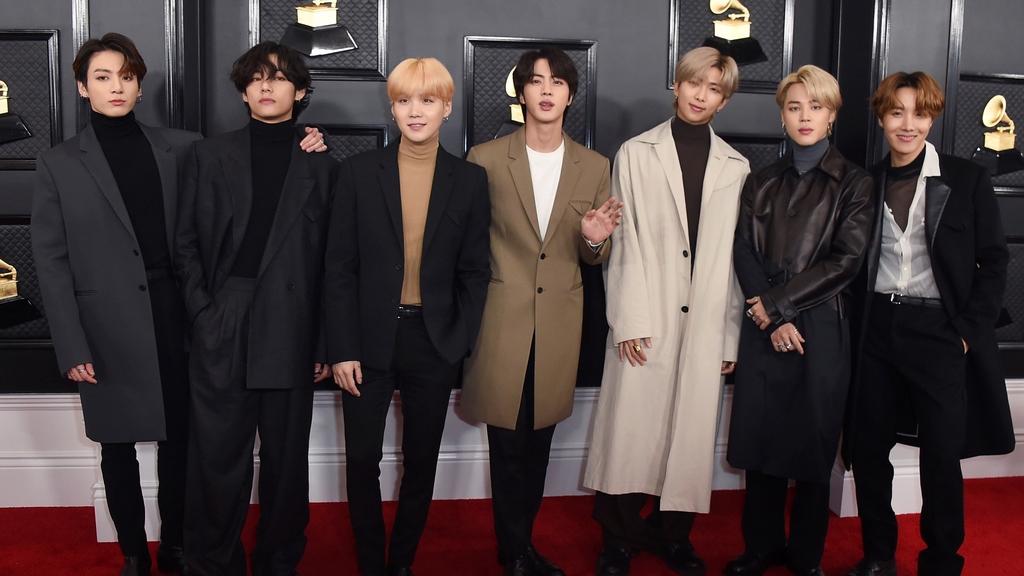 FILE - BTS arrives at the 62nd annual Grammy Awards in Los Angeles on Jan. 26, 2020. The Grammy Museum is launching its own online streaming service featuring performances and interviews from A-list musicians, as well as material from the museum’s archive. (Photo by Jordan Strauss/Invision/AP, File)

The Grammy Museum is launching its own online streaming service featuring performances and interviews from A-list musicians, as well as material from the museum’s archive.

COLLECTION:live will debut on September 17 and the monthly subscription will cost US$2.99 (the yearly price is $29.99). About 40 programs will be available at the launch, including performances and interviews — some old, some new — from Billie EIllish and her producer-brother FINNEAS, Barbra Streisand, Selena Gomez, Herb Alpert and Jerry Moss, Alessia Cara, Burt Bacharach, Panic! at the Disco, the Avett Brothers, Ben Platt, Run the Jewels and even Quentin Tarantino.

New programming will be added weekly. On September 24, newly recorded content from BTS, Tame Impala, Rufus Wainwright, The War and Treaty and more will be available.

“It’s an honour to be part of this new series and to support The GRAMMY Museum, a place that had such a huge impact on us growing up,” Eilish, who recorded a new interview for the launch of COLLECTION:live, said in a statement to The Associated Press on Thursday.

Eilish won five honours at the Grammy Awards earlier this year, including album of the year for “When We All Fall Asleep, Where Do We Go?” — which FINNEAS produced, co-wrote and engineered. Eilish shared four wins with her brother, who won two additional awards, making him the show’s top winner.

“Without the GRAMMY Museum, we wouldn’t have gotten to experience or learn about so many important artists before us,” FINNEAS said in a statement. “Their programs provide a unique access, insight and education that we consider hugely instrumental in our own careers and musical development. We are proud to be part of this series.”

The Grammy Museum is a nonprofit organisation through The Recording Academy, which annually produces the Grammy Awards. Before the coronavirus pandemic, the museum recorded its public programs at its Clive Davis Theater in Los Angeles, but since March it has recorded digitally.

“COLLECTION:live represents another phase of the Grammy Museum’s continued success with delivering music and museum-related content in a new and accessible way for our members, students, and music lovers,” Michael Sticka, president of the museum, said in a statement.

“Creating a streaming option for our programming was always a part of our strategic approach, but COVID-19 brought it to the forefront. We look forward to continuing to grow this platform, even after we re-open our doors to the physical museum.”

Is streaming or dubplate the saviour for dancehall amid COVID crisis?