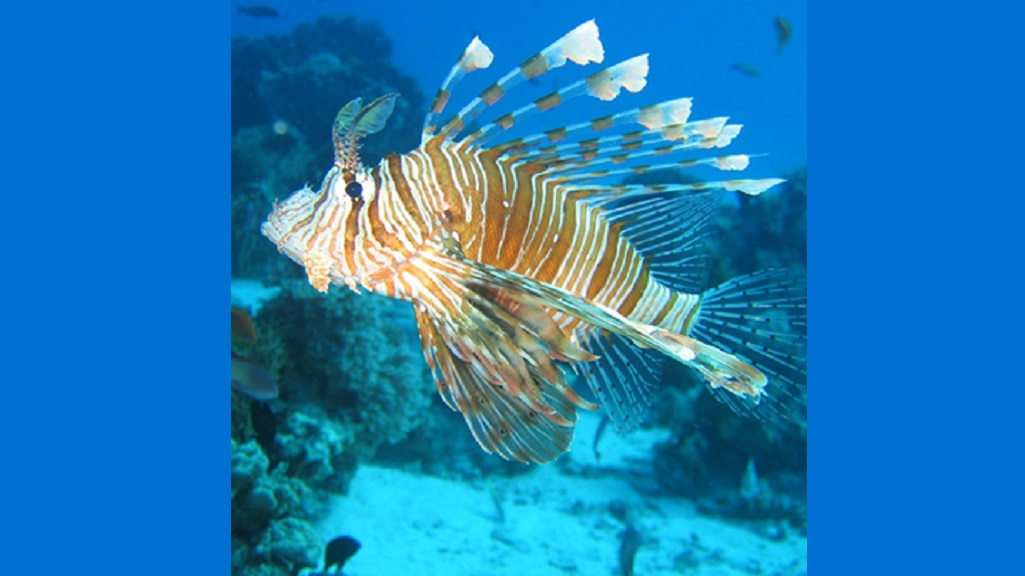 The Ministry of Planning and Development's Green Fund has issued $3.9 million to combat the invasive lionfish, most recently with the development of an app which can map their locations and assist in eradicating them.

In a statement, the Ministry said the Green Fund Executing Unit of the Ministry is proud to support the efforts of the Insitute of Marine Affairs (IMA) to control and manage the invasive lionfish (Pterois volitans).

The Ministry said the LionFish Project began in April 2014 in which the IMA met with stakeholders to address measures to cull lionfish numbers.

Some of the ventures included lionfish derbies in which people hunted for the largest lionfish, as well as sampling the cooked fish.

The Ministry said everyone that tried the fish had positive reviews and the public expressed an interest in purchasing lionfish for their consumption.

In addition, a series of educational outreach activities have been conducted by the Institute during the period 2014 to 2016 with key stakeholders such as the Tobago Spearfishing Community, fishermen in several communities throughout Trinidad and Tobago inclusive of the Fisherfolk Association, UTT Marine Sciences Department, primary and secondary schools as well as with the general public at public events.

The Institute then met with a series of restaurants in Tobago to encourage the addition of lionfish to the menu. Restaurants were provided with information about the fish, recipes for lionfish dishes, and guidelines on how to remove the spines on the lionfish. The Boathouse Restaurant, one of the restaurants that received a lesson on handling the fish, has since added lionfish to the menu and serves lionfish once it is in stock.

The Ministry said the key objectives of the initiative and benefits to T&T include:

In light of the Government’s aim to increase digitisation within the public sector, the IMA partnered with CARIRI in 2020 to develop an Integrated Environmental Incident Software Platform and mobile application, called the Lionfish SeaiTT, which allows users to report lionfish sightings, numbers and sizes with the touch of a button.

This initiative was officially launched on November 6 and represents one of the newest entries into Government’s suite of digital products is an environmental emergency response platform among other things.

Through the SeaiTT app, citizens can report sightings of lionfish and other invasive species wreaking havoc on our environment, report oil spills, Sargassum seaweed, illegal activity as well as access maps to beaches, receive updates on tides, currents, sea swells and other vital marine information.

Minister Robinson-Regis said this new platform facilitates citizen participation in environmental management and preservation, allowing anyone who downloads the app to launch reports with images of any environmentally destructive marine activity to the IMA, who will then take the necessary actions to address.  This allows a large part of the population to be extra eyes, working to help the IMA manage our marine ecosystems.

The Green Fund Unit of the Ministry of Planning and Development was established to provide financial assistance to eligible community groups and organizations for activities related to reforestation, remediation, environmental education and public awareness of environmental issues and conservation of the environment.

For further information on how you can access financial assistance for your next environmental project, contact the Green Fund Unit at (868) 225 – 3313.

The lionfish is an unassuming and glutinous predator which threatens the delicate balance of nature in our Caribbean Sea.  With no native predators, an abundance of food and prolific breeding habits, the lionfish has firmly established itself as one of the newest threats in the Caribbean.

Originally from the tropical Indo-Pacific and Red Sea the lionfish was accidentally released into the Caribbean.  It was first sighted in the Western Atlantic Ocean in the late 1980s, but since the mid-2000s its population has exploded and today it can be found throughout the North Atlantic and Wider Caribbean Sea in habitats including coral reefs, rocky bottoms, mangroves, seagrass beds, lagoons, water estuaries; and at depths up to 300m. Trinidad and Tobago was the last of the Caribbean islands to be invaded by the lionfish.