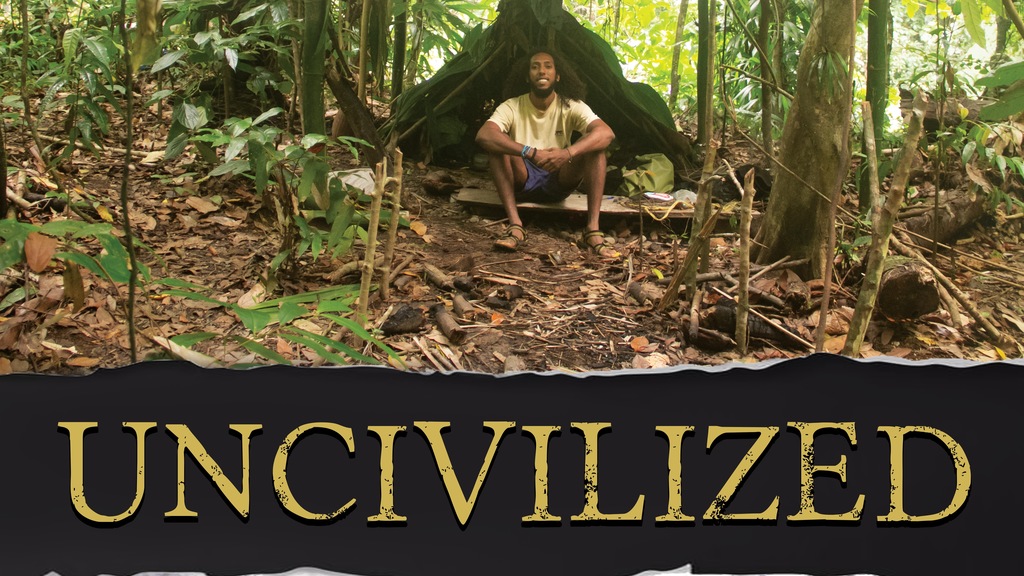 Uncivilized, a film from Dominica will open the Green Screen Environmental Film Festival this year.

Carver Bacchus started the Green Screen Environmental Film Festival in 2011 to make the messages about climate change more palatable to the layman.

The idea, he said, was to disguise the message in the form of an entertainment product that would bring people together to debate, discuss and review.

“Moving back to Trinidad there was no discussion about climate change at all, so the idea was that I really need to couch this in a Trinidad and Tobago context that would make sense and wouldn’t make people’s eyes glaze over,” he explained.

Asked how he has measured the impact of his quest to educate citizens about climate change and jumpstart the conversation, Bacchus said they have run various surveys and perception exercises over the last ten years and results showed by the fifth year there was an understanding of the issues the festival brought to the fore.

“Another measurable that is as important is the size of the audience and reach. We started off with maybe 100 people and last year we had close to 2000 people. A very large component is the high school programme. We have been engaging with high school students from the start and a lot of them are adults now,” he said, noting the importance of capturing the youth to influence change through their adulthood.

To ensure that the messages reach to everyone, Bacchus did try taking the screenings to communities such as Mayaro, Toco, Blanchisseuse and in Tobago but, he said, it takes time and energy to build up good relationships and earn trust as well as a lot of expense.

“A pivot for us trying to reach communities was really to develop a programme that would democratise this film thing and that is where the Very Short Shorts Mobile Film Competition comes in,” he said.

The Very Short Shorst Mobile Film competition, sponsored this year by Solid Waste Management Company Ltd (SWMCOL) as well as Lead Sponsor NGC who has sponsored the Overall Jury Prize, allows participants to tap into their imagination to capture a particular theme.

This year the theme is “The New Normal” as it encourages participants to explore the effects of the Pandemic which are unfolding every day.

Bacchus said each year they are seeing an increase in entries with 61 completed this year, 46 last year and 41 the year before.

Stating that the craft of mobile filmmaking has improved from last year, Bacchus said they are being more stringent with the selections with only 20 films being selected for the jury to deliberate compared to the 25 from last year.

The jury, he said, are given a rubric to judge that speaks to creativity, technical aspects of the film and sticking to the theme.

Winners will be announced on November 2.

Another method to start conversations around climate change that Green Screen employs is panel discussions.

Bacchus, who studied media and social marketing, said while policy and legislation are important, increasing knowledge and access to information is critical to impact change at the Government level.

“My job is to make people understand the issues. If we had a bigger platform we would have more conversations and talk to people faster and more often. We have engaged with policymakers and done all these things but our focus is education and knowledge sharing,” he said.

This year, discussions will take place on four subjects —transportation and energy and food security and technology.

Explaining how technology fits into the equation and could be overlooked in the climate change conversation. Bacchus said: “The big threat with climate change was the big hurricanes but the hurricane isn’t in the form of a storm now, it is COVID and the susceptibility was that all the eggs were in the basket of tourism for so long. We as a region, we might be spread out over a large geographical area but our population is small and we have to think about technology, we are not trying to leverage technology to improve lives.”

The first panel discussion on Food Security and Technology takes place On Thursday, October 15 at 7 pm on Facebook Live.

The Film Festival will begin on October 29 and opens with Uncivilized, a film from Dominican filmmaker Michael Lees. The docu-film centres around Lees' experience living in the wild during Hurricane Maria in 2017.

Like so many other events this year, the Green Screen Environmental Film Festival has had to pivot to a virtual event.

Bacchus is excited about the prospect of being online.

“Usually the audience comes to us but now we hope to get people who come across our message and people outside of T&T who can access the festival as well. Green Screen is de facto becoming an international festival. The idea next year is to have international submissions in the very short shorts,” he revealed.

“We can’t plan in this time without a major part of it being online, at least until 2021 this will be basically a digital platform. If we get COVID under control we have ideas of what we want to do for the festival. My vision is to support the diversification thrust in any way. Sustainability is a whole vision on its own and the festival itself is a tourism product.”

The Green Screen Environmental Film Festival is sponsored by NGC as the lead sponsor and supporting sponsor SWMMCOL. FilmTT is a patron while Loop News and Trend Media are the digital media partners.

Food security and technology in focus at Green Screen discussions