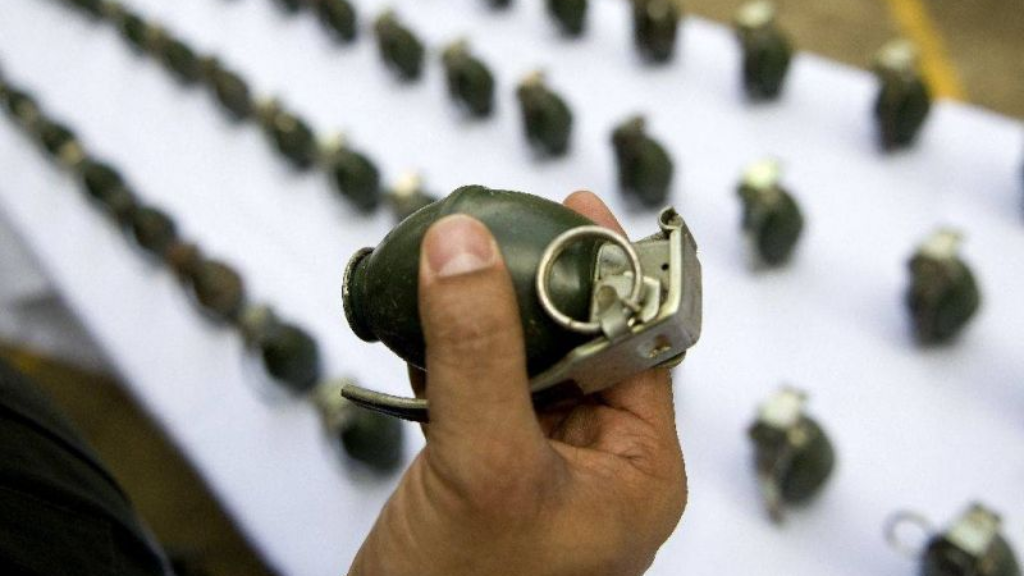 An object that police suspect to be a live grenade, as well as a magazine containing 9mm ammunition, was found and seized in Debe on Friday night.

The grenade and ammo was found at about 8.20pm in a bushy area east off Digity Village.

Loop News was told that officers were conducting routine patrols when they got information which led them to a parcel of land near the Digity Mud Volcano off Picton Estate Road.

A green pouch was observed at the side of the roadway and it was examined. Inside the officers found and seized the grenade as well as the ammunition. The scene was immediately cordoned off. The grenade was examined and removed.