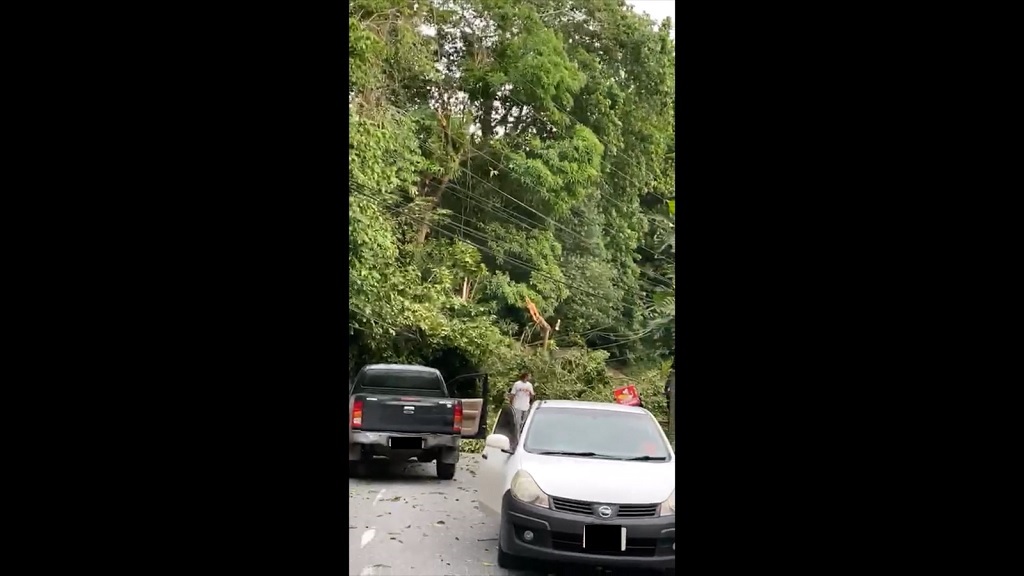 Reports have been received of gusty winds leading to a fallen tree on Saddle Road, Maraval.

Video footage shared online showed the road which was blocked as a result of the fallen tree.

The Trinidad and Tobago Electricity Commission (T&TEC) said it is investigating the incident.

A fallen tree was also reported along the Brian Lara Promenade in Port of Spain, another in Enterprise, Chaguanas, and another along the North Coast Road, heading to Maracas Bay.

The ODPM said it has received reports of heavy winds and showers across Trinidad including Diego Martin, Couva, Tunapuna/Piarco, Penal, Siparia, Princes Town and San Fernando.

The Trinidad and Tobago Meteorological Service recorded wind gusts of up to 25 knots or 46 kilometres per hour at Piarco.

Reports were also received of flash flooding along the Eastern Main Road in St Joseph alongside heavy showers in South Trinidad.

The Met Office said the events are related to moisture drifting from south of Trinidad:

'Moisture and convective activity has been drifting from the South and we have already received reports of gusty winds, showers, thunderstorms and fallen trees in Los Iros, Icacos and Coora Road, Siparia.

'The convergence band is moving quickly across Trinidad and conditions are expected to rapidly deteriorate in Central, North and Western areas.'

The public is advised to proceed with caution if driving along the nation's roads.