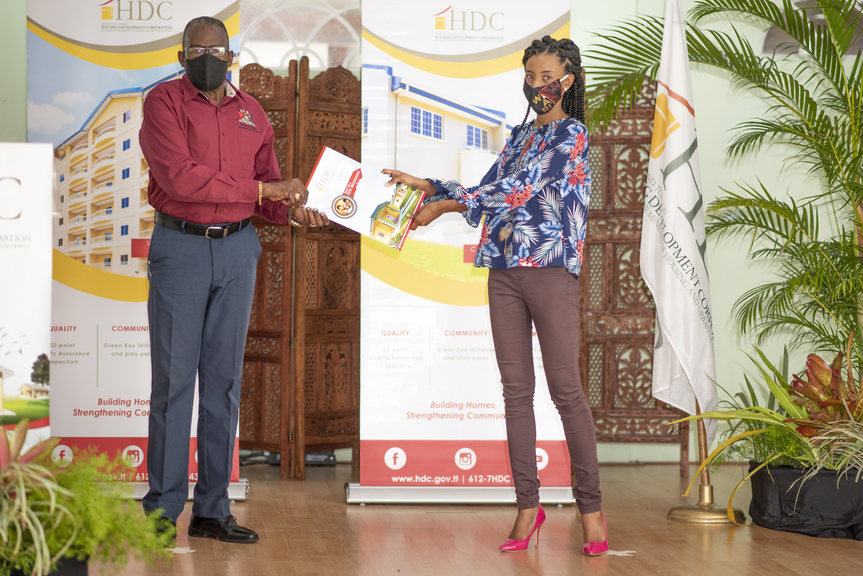 The random housing draw conducted by the Housing Development Corporation (HDC) is done just like any other lottery.

The explanation follows a televised random draw which selected 500 applicants from the public housing database for assessment interviews.

The HDC said its housing draw uses the same format as any draw or form of lottery where names or numbers are selected randomly. In the HDC’s draw, the selection is done by a computer, which then lists the name and reference number on the screen.

HDC Managing Director Brent Lyons assured that anyone who has had an application in the database has the opportunity to be randomly selected.

He explained: “The result is simply the ‘luck of the draw’. This is why the selected names span many time periods; some individuals may have applied ten years, four years ago or even three months ago.”

Lyons said, however, that the selection via this Draw gets these individuals an assessment interview but they must still satisfy several criteria (inclusive of financial) before a house is allocated.

The HDC’s Allocations Department will contact the 500 individuals who were selected for assessment interviews to begin the process.

Within the next two weeks, the second live Housing Draw will be conducted, where an additional 600 applicants will be selected from the database.

In addition to modified random draws which account for 60 percent of allocations per community, the Allocation Policy provides for a 25 percent allocation for emergency cases or those recommended by the Minister; 10 percent allocation to members of the protective service and defence force; and five percent for the elderly and persons with disabilities.

To be eligible for public housing, applicants must be 21 years and over, resident citizens with a combined household income of under $25,000 and must not own any property.