Health Minister to speak with AG about private parties 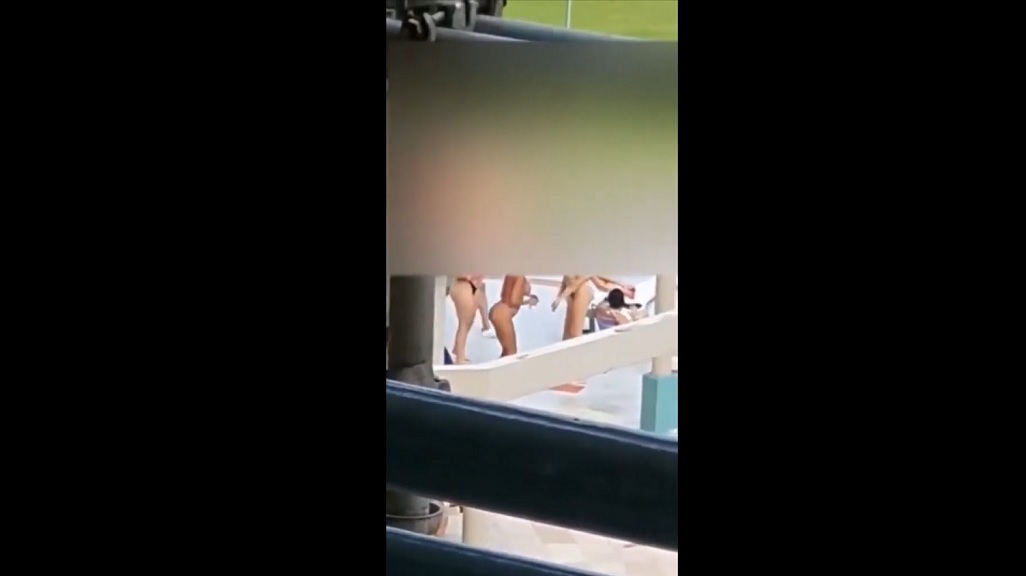 A screenshot from a video showing persons at an apparent pool party at a residential complex.

Health Minister Terrence Deyalsingh said he was dismayed by a report of a private pool party involving a large gathering which was in breach of the COVID-19 public health regulations.

Speaking at a media briefing on Wednesday, Deyalsingh said the regulations mostly speak to public spaces, but he will speak to Attorney General Faris Al-Rawi on the matter.

‘I have been begging people not to host these types of events in your private properties. I will have to talk to the Attorney General to see if it is possible, because these are serious constitutional areas we are going into now. People have a right to privacy, it’s in the Constitution, but we don’t need a constitutional argument to tell people that how you conduct yourselves in your private premises will capsize the whole thing; do we need to go that route, in the face of evidence that young people are driving this second wave?’

‘You will recover, but you take the virus home and you infect your parents, you infect granny, grandpa, and they die. They die.’

‘That is what will capsize the system…now we have to go into people’s private homes to tell them how to behave? [It] shouldn’t have to be,’ he said.

Deyalsingh said he also had a conversation with Police Commissioner Gary Griffith and National Security Minister Stuart Young on the matter this morning.

According to reports, the gathering involved people at a housing development near Cocorite and was over the five-person limit prescribed by the Health Ministry.

The Trinidad Express reported that the group was let off with a warning.

Reports were also made regarding a party 'Down the Islands' earlier this year, however no one was held in connection with the incident.

In an unrelated incident, police detained nine people who were caught playing cards in public in Sangre Grande over the weekend.

In a separate incident, 11 people were charged after attending a 'covid party' at a guest house in Maraval in April.

In an unrelated incident in August, party promoters were detained by police in connection with parties in Petit Valley and St James.