HERO movie to be aired on Showtime 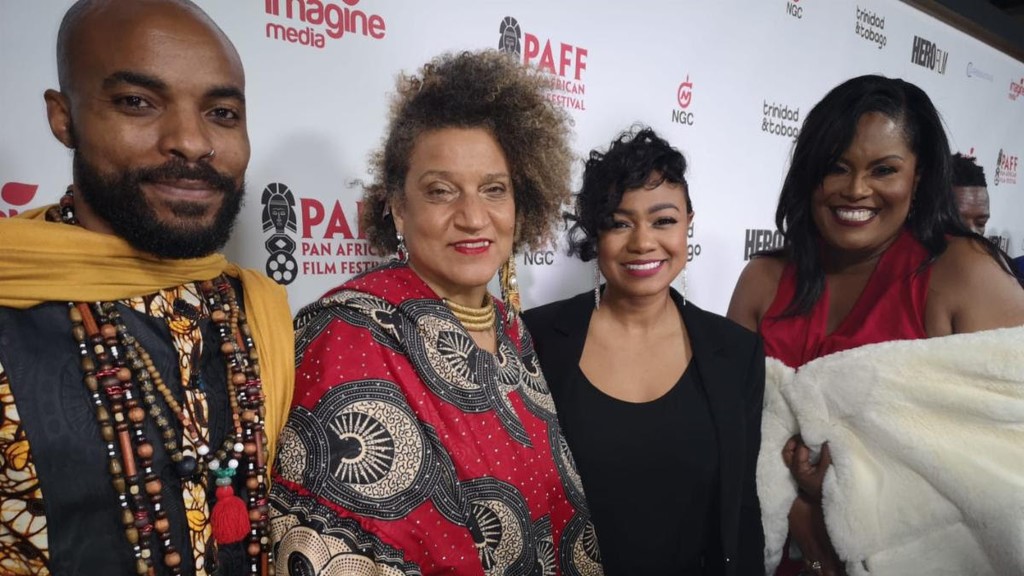 HERO, the movie inspied by the life of Ulric Cross, wil be shown on Showtime. In this photo, Director of the movie, Frances Anne Solomon and Executive Producer Lisa Wickham pose with star of the movie Nickolai Salcedo and actress Tatyana Ali in Los Angeles.

The movie HERO: Inspired by The Extraordinary Life & Times of Mr. Ulric Cross, is heading to Showtime.

The movie, directed by award-winning filmmaker Frances-Anne Solomon, will air on SHOxBET on November 11 at 7 am ET and is currently available on demand.

HERO premiered in 2018 at the Trinidad and Tobago Film Festival, winning The People's Choice Award for a Narrative Feature Film. The film has since been screened across the United Kingdom, Canada and the United States. The film won the  Jâ'Net Feature Narrative Award in Los Angeles at the Pan African Film and Arts Festival.

"I am so pleased that Hero is receiving even more exposure through Showtime. This is a great opportunity for a wider audience to learn about this phenomenal Trinidadian leader who played such a pivotal role in the Pan African movement,” said Solomon, who was born in England to Trinidadian parents and now lives in Canada.

“With the pandemic halting our world tour, this platform allows us to continue to tell Ulric’s story and cement his role in global history," she added.

Lisa Wickham, President and CEO of Imagine Media and Executive Producer of HERO, said this is an exciting time for Caribbean stories in a global arena.

She said: "I am energised by the opportunities that are emerging for our voices on the international landscape and look forward to even more doors opening for Caribbean content and content creators."

Ulric Cross was a Trinidadian jurist and diplomat who was the most decorated Caribbean national to serve in the Royal Air Force. He also played a vital role in the Pan-African movement serving as an advisor to President Kwame Nkrumah in Ghana and President Julius Nyerere in Tanzania.

HERO stars a number of actors from across the Caribbean, Canada and Africa such as Trinidadian Nickolai Salcedo, Joseph Marcell, best known for his role as Geoffrey on the "Fresh Prince of Bel Air" and Ghanian-British actor Eric Kofi Abrefa.