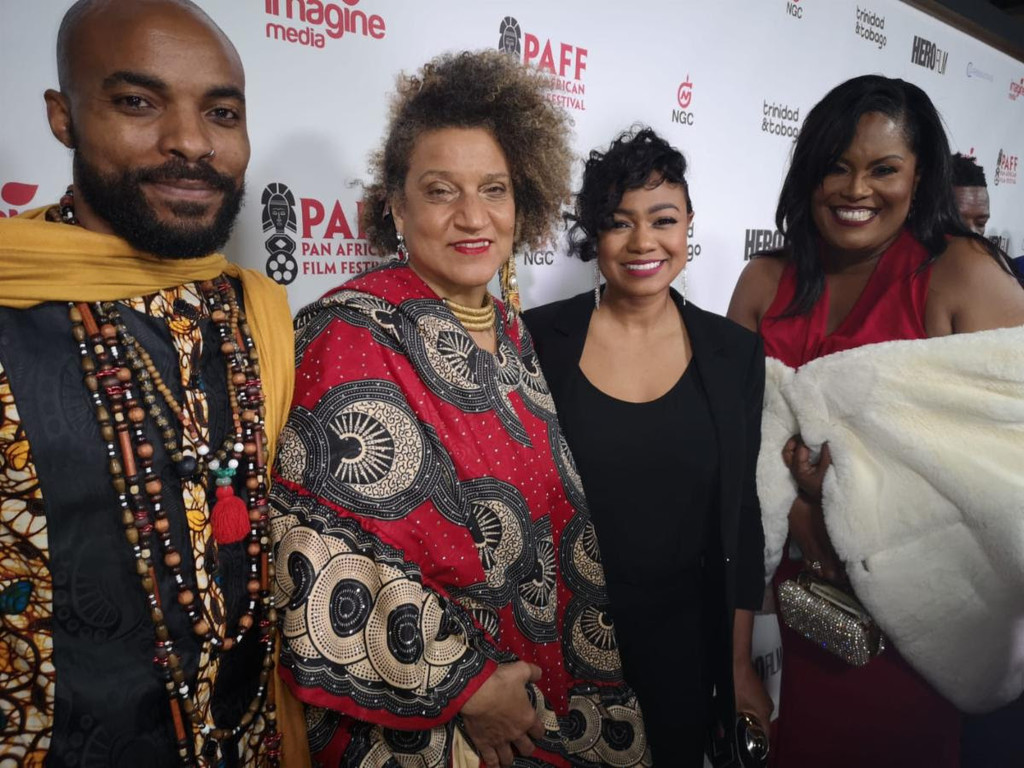 The award was bestowed on the film following a sold-out Opening Night of the 28th Pan African Film and Arts Festival, (PAFF) with more than 1000 patrons at the Director’s Guild of America in West Hollywood, and two subsequent packed screenings.

Dubois, an actress and songwriter, who passed away unexpectedly during this year’s festival, was best known for her role as Willona in the TV series, Good Times.

“We are proud to be the recipient of this inaugural award in honour of Ja’Net. Hero is a film about a Pan African trailblazer and it resonated deeply with audiences at this festival,” says Solomon, who wrote, produced and directed the film.

“It spoke to the heart of what PAFF is about, and connected the dots for many people who lived this history and were not aware of the pivotal role that many Caribbean professionals like Ulric Cross played in the Pan-African Liberation movements.”

A record-breaking 225 films were selected for screening, representing 52 countries in 26 languages – that is, 86 feature films; 128 short films and 11 new media selection. Plus, ArtFest featured more than 100 fine artists from around the world. The Academy of Motion Picture Arts and Sciences (AMPAS) has designated PAFF as an official qualifying film festival for live-action and animation short films.

HERO is inspired by the extraordinary life and times of Trinidad and Tobago citizen, diplomat and judge Ulric Cross, the most decorated West Indian of World War II. He was a member of the highly decorated group of Caribbean pilots who flew combat missions for the United Kingdom’s Royal Air Force (RAF) in World War II. After his service, Cross went on to play an active and important role in the Pan African Movement, which led to the Civil Rights movement in the United States, and the creation of the 28 modern Caribbean and 54 modern African nations.

A trailblazer in the film and television industry , Solomon is an award-winning filmmaker, writer, producer, curator and entrepreneur. She is a 2019 Director member of the Academy of Motion Picture Arts and Sciences.

HERO is her third feature film and has received critical acclaim on its worldwide tour, that has included a theatrical run in the U.K. Following a successful career as a TV Drama Producer and Executive Producer with the BBC in England, Solomon launched the CaribbeanTales Media Group in Canada and Barbados that includes an international film festival and distribution company. Full bio: www.francesannesolomon.com

HERO to show in cinemas across the UK