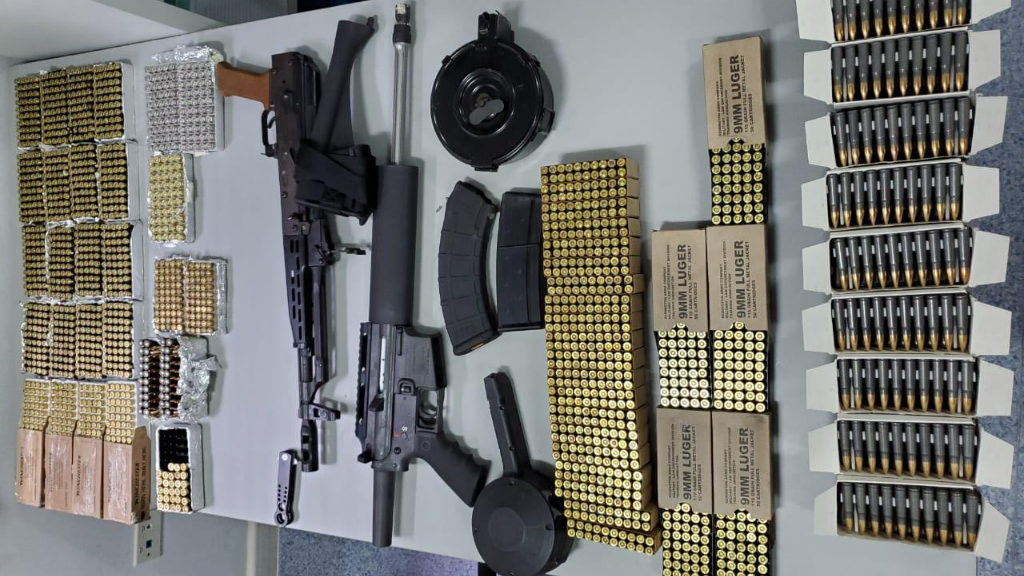 Two assault rifles and over 3,000 rounds of ammunition, were seized during a police operation along Wrightson Road, Port of Spain on Monday.

Two men, a 42-year-old from North Post Road, Diego Martin, and a 62-year-old from Victory Gardens, Arima, are currently in police custody in connection with the seizure.

The discovery was made during an exercise by officers of the Northern Division and the Inter Agency Task Force.

The officers, led by Snr Sup David, ASP Birch, and Cpl Stevenson, received intelligence which led them to Wrightson Road, where they had cause to intercept a white Kia H100 near French Street.

The men in the car told officers they were transporting a washing machine and dryer.

The officers searched the said appliances and within them, they found and seized one AR rifle, one AK 47 rifle, four magazines and 3,058 assorted rounds of ammunition.

The two occupants of the van were immediately arrested as a result.