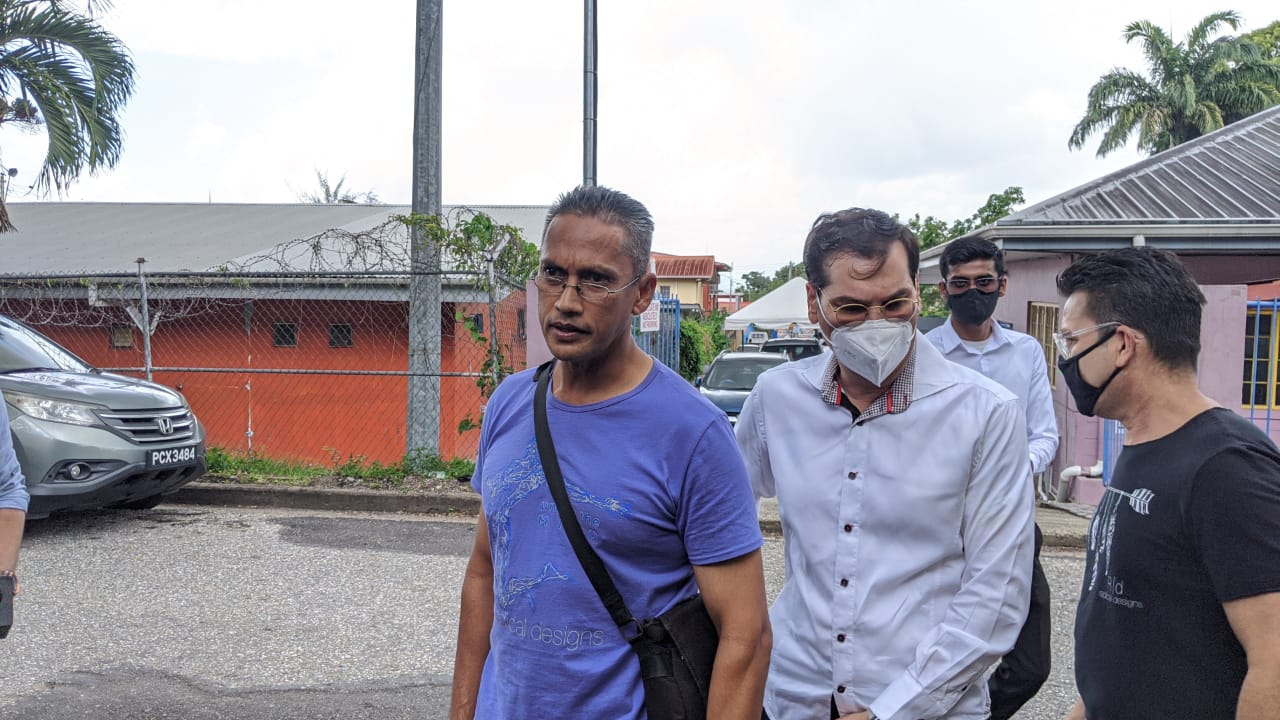 The United National Congress’ (UNC) candidate for St Joseph, Ahloy Hunt, isn’t accepting his loss without a hard fight. After the party requested a recount after losing to the People’s National Movement’s Terrence Deyalsingh, the process, according to Hunt, hasn’t been a smooth one.

Recounts were supposed to end on Wednesday, but in an emergency press conference this morning, Hunt said there were certain discrepancies that he couldn’t leave hanging in the balance.

Hunt alleged that quite a few of the ballots from a single polling station had signatures that didn’t match up and as a result, he’s forced to question them all.

“Over 171 ballots had irregular initials by the Deputy Presiding Officer (DPO).

“That initial by the DPO and sometimes the PO, is the only piece of information that is going to certify whether the ballot is good or not,” he said.

Chief Election Officer, Fern Narcis-Scope, explained to LoopTT that discrepancies like this one are supposed to be addressed on the night of the election. Each political party usually has an agent present at the count who signs off on the veracity of the ballots, which was done successfully on Monday night.

As a result, this claim is seen as invalid.

Even if all these ballots are thrown out, the Election and Boundaries Commission’s (EBC) preliminary figures still show that Hunt has significant ground to cover since Deyalsingh won by over 800 votes.

Hunt says that his team was prepared to go through the ballots one by one, but he alleges that the EBC’s officers have made it difficult.

“The Returning Officer clearly indicated that she is going to conduct the continuation of this counting of the ballots according to the way it is done in the voting station, where she will hold up each slip, show you the front and then she’ll turn it around and show you the back,” he explained.

Hunt said the difficulty in this lies with the distance at which he must stand from the officer since he can’t see that far ahead.

He said the officer also claimed that they would be provided with a sample of the initials to match the ballots against, but this wasn’t done.

Another request Hunt’s team made was to have access to the polling station diary which records the information of voters who didn’t have identification cards. Hunt said his reason for wanting to see it was so that they could level out the number of voters in that station.

“We have been requesting this since the first day and we have been denied that opportunity.

“Basically, they are flouting the rules and regulations that govern the process of this recount,” he alleged.

Narcis-Scope refuted this claim, saying that nowhere in the legislation governing election recounts does it make absolute provisions for the polling station diary to be provided to the candidate.

She said a recount is simply that; a count of the ballots and poll cards.

The Chief Election Officer also reassured that all Returning Officers are following the instructions given to the letter of the law and that all recounts will be guided by the same procedure.

With delays like this looming, a final tally for the St Joseph constituency could be days away and the matter may eventually find itself in court.

Even if the seat is eventually turned over from the PNM, the UNC would have still lost the election with a seat count of 21-20.