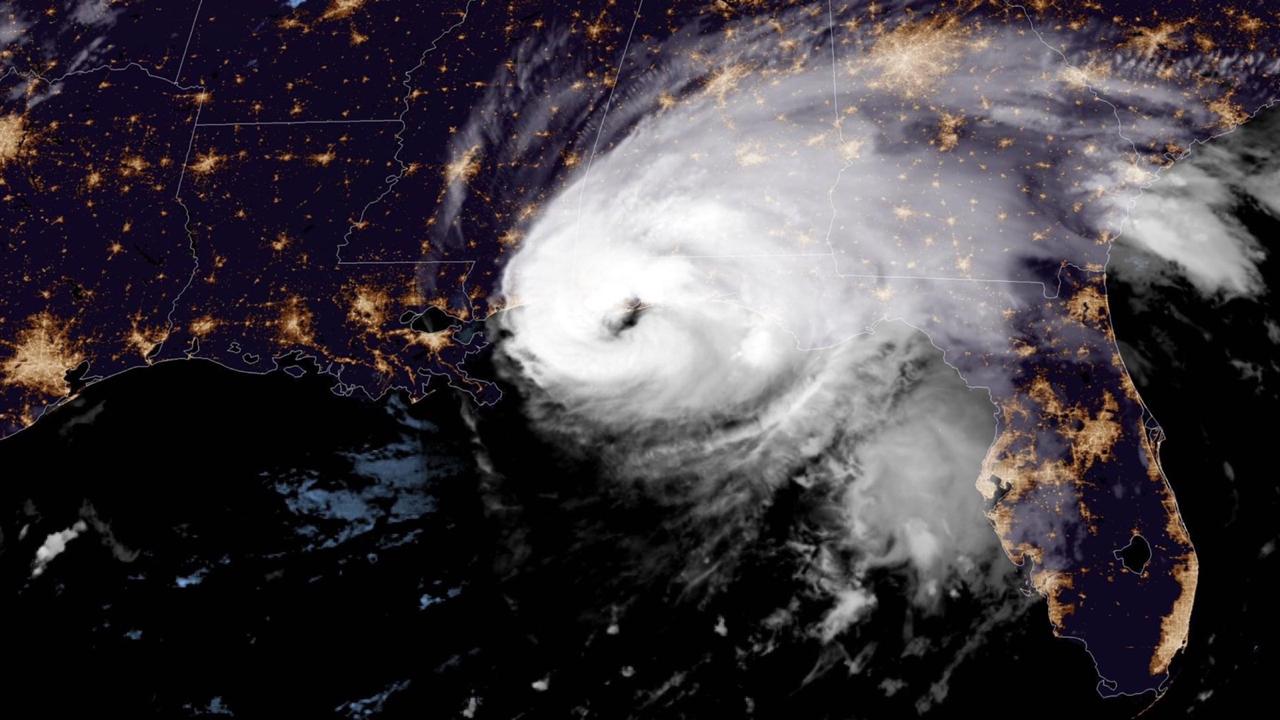 The National Hurricane Centre warns that catastrophic and life-threatening flooding is likely along portions of the northern Gulf Coast.

A Storm Surge Warning is in effect for:

A Hurricane Warning is in effect for:

A Tropical Storm Warning is in effect for:

Mississippi/Alabama State Line to the Mouth of the Pearl River 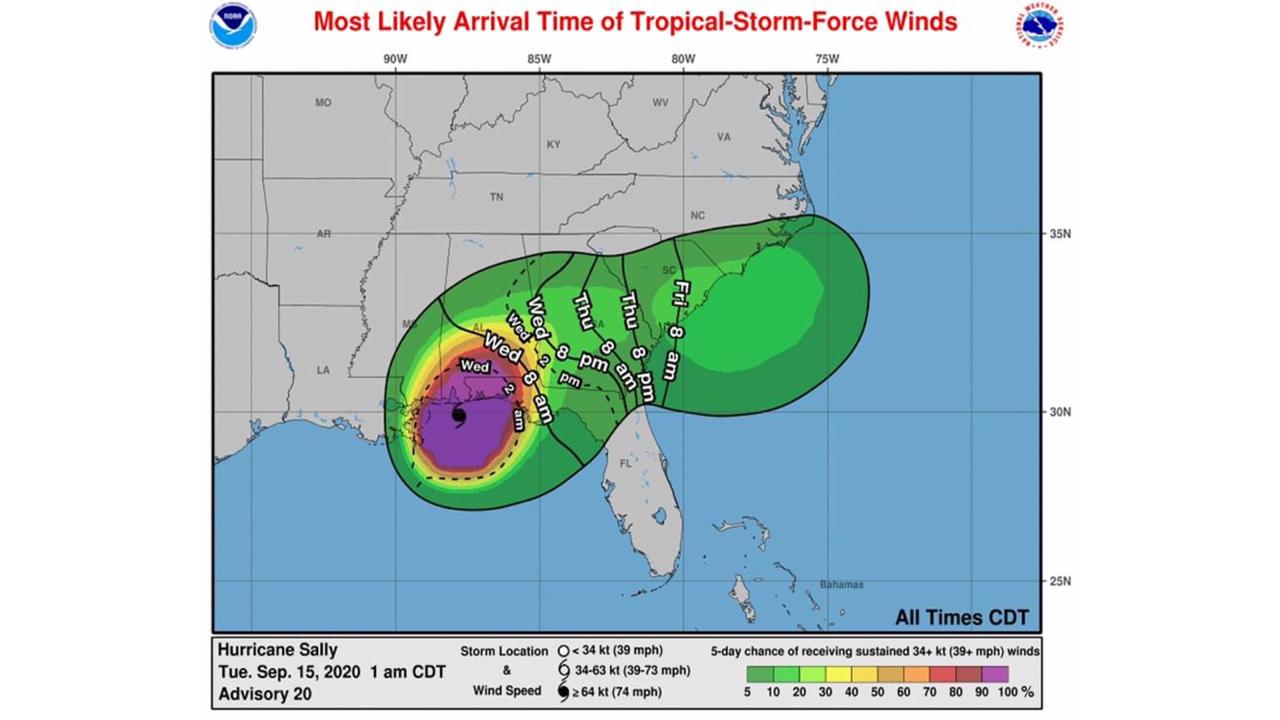 Hurricane conditions are spreading onshore within the hurricane warning area in Florida and Alabama.

Tropical storm conditions will continue in portions of the warning areas through tonight.

A few tornadoes may occur today and tonight across portions of the Florida Panhandle, southern Alabama, and southwestern Georgia.

At 4am CDT, the centre of Hurricane Sally was located about 50 miles (75 km) south-southeast of Mobile, Alabama and about 40 miles (65 km) southwest of Pensacola, Florida.

Sally is moving toward the north-northeast near 3 mph (6 km/h).

On the forecast track, the centre of Sally will approach the northern Gulf Coast this morning, and make landfall in the hurricane warning area later today. Sally is then expected to move inland across southeastern Alabama tonight.

NOAA buoy 42012, located about 50 miles southeast of Mobile, Alabama, recently reported a sustained wind of 71 mph (115 km/h) and a pressure of 970.9 MB inside the eastern portion of Sally's eye.

Some slight increase in strength is possible before the centre of Sally's eye makes landfall later this morning. Rapid weakening is expected after landfall occurs.

The combination of a dangerous storm surge and the tide will cause normally dry areas near the coast to be flooded by rising waters moving inland from the shoreline. 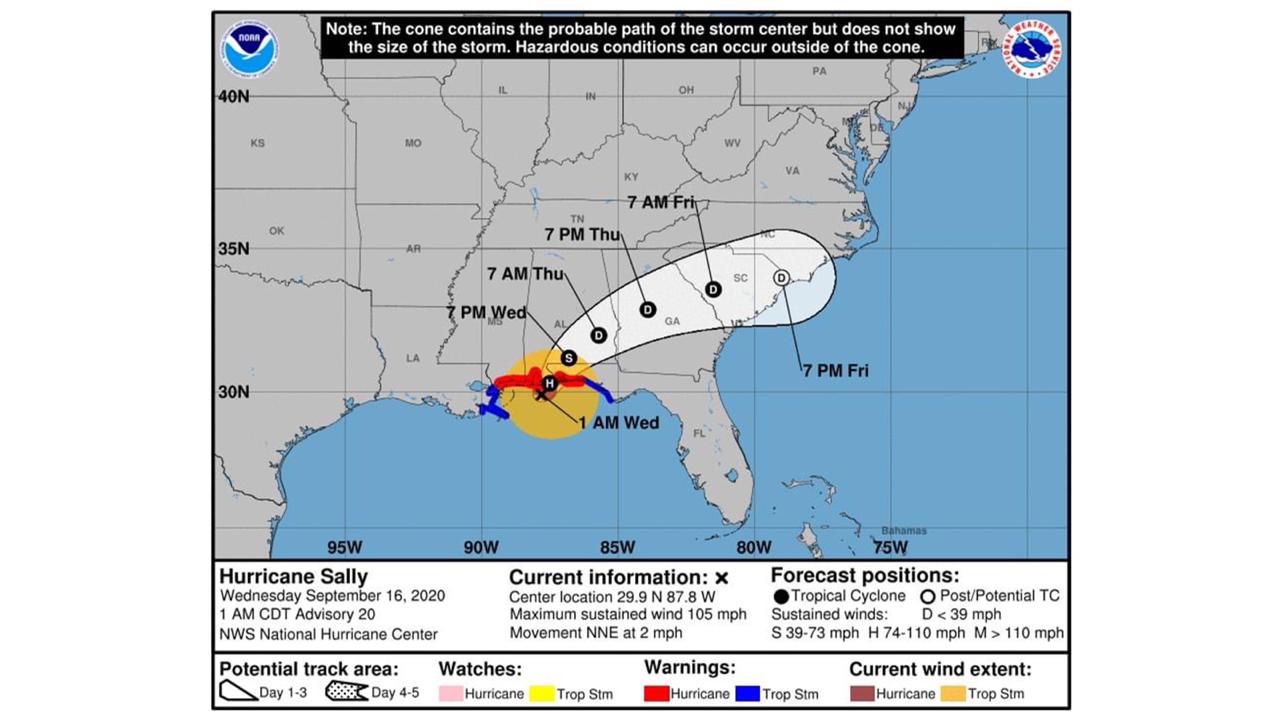 The water could reach the following heights above ground somewhere in the indicated areas if the peak surge occurs at the time of high tide.

Through this afternoon, Sally will produce additional rainfall totals of 8 to 12 inches with localized higher amounts possible along and just inland of the central Gulf Coast from west of Tallahassee, Florida to Mobile Bay, Alabama.

Storm totals of 10 to 20 inches to isolated amounts of 35 inches is expected.

Historic and catastrophic flooding is unfolding.

In addition, this rainfall will lead to widespread moderate to major river flooding.

Hurricane Teddy gaining strength, will upgrade to Category 4 this week