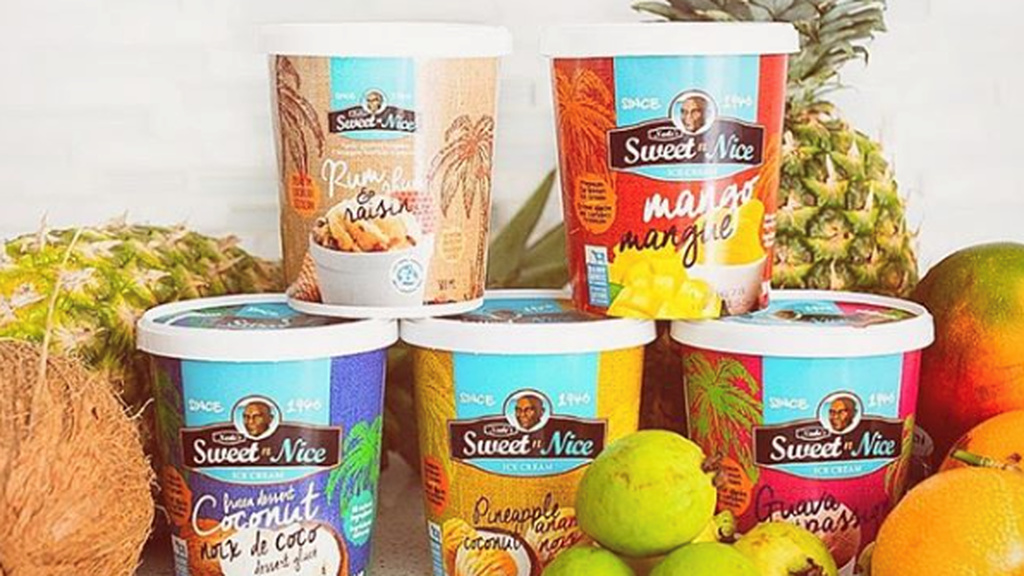 Neale's Sweet n' Nice ice cream was developed in Trinidad in the 1940s. Today, the brand is in over 400 retail outlets in Canada.

An ice cream brand that was started in Trinidad and Tobago in the 1940s is now giving Canadians a taste of the Caribbean with its tropical flavours.

Neale's Sweet n' Nice is fast spreading across Canada through almost 400 retail outlets in four of the country's 10 provinces.

The company's foundation is rooted in the mango and coconut flavours founder Charles Neale used to sell all over San Fernando in Trinidad and Tobago.

“He never made ice cream before, just started on his own and it became a passion. He started with a couple flavours, mango and coconut. He moved the company to San Fernando and grew the company to six or seven people working for him,” said Andrew McBarnett, Neale’s grandson and CEO of the company.

McBarnett said his grandfather was an innovative man, creating containers on the side and front of his bicycle to keep the ice cream cold as he rode around San Fernando to sell to eager customers. So popular was his ice cream that Neale was able to support his family and send all 12 of his children to high school. 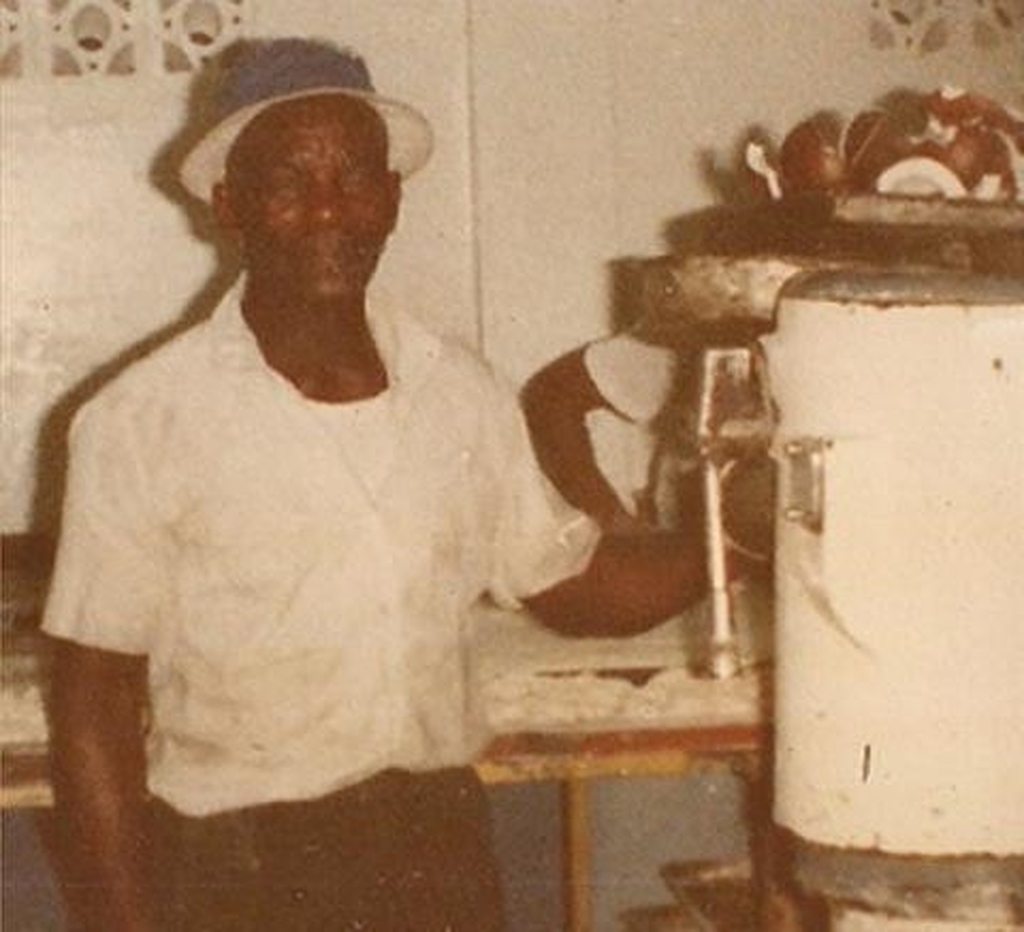 Neale died in 1986 and with him, the business as the majority of the family migrated that same year to Canada. McBarnett went to England where he studied and worked before joining his family in 2011. Two years later the family decided to revive Sweet n' Nice.

“My aunt, myself and my cousin decided to start the business again. We started again with mango and coconut using the recipes my grandad had. My aunt, Rosemarie Wilson, preserved the recipes and she was always making desserts and ice creams,” he said.

Today, there are about 10 people directly employed in the company.

McBarnett said he pushed the family to reestablish the business since he is entrepreneurial, and coupled with the fact that he was tired of eating the more established brands when they had their beloved recipe.

From the outset, the family planned to go big with their brand.

“My thought was let’s get into supermarkets and make it mainstream. We spent a couple of years taking granddad’s recipe, converting it into something that could be mass manufactured and working with the University of Guelph because they had Dr Goff, a world-renowned lecturer on ice cream and he helped us perfect things,” McBarnett revealed. 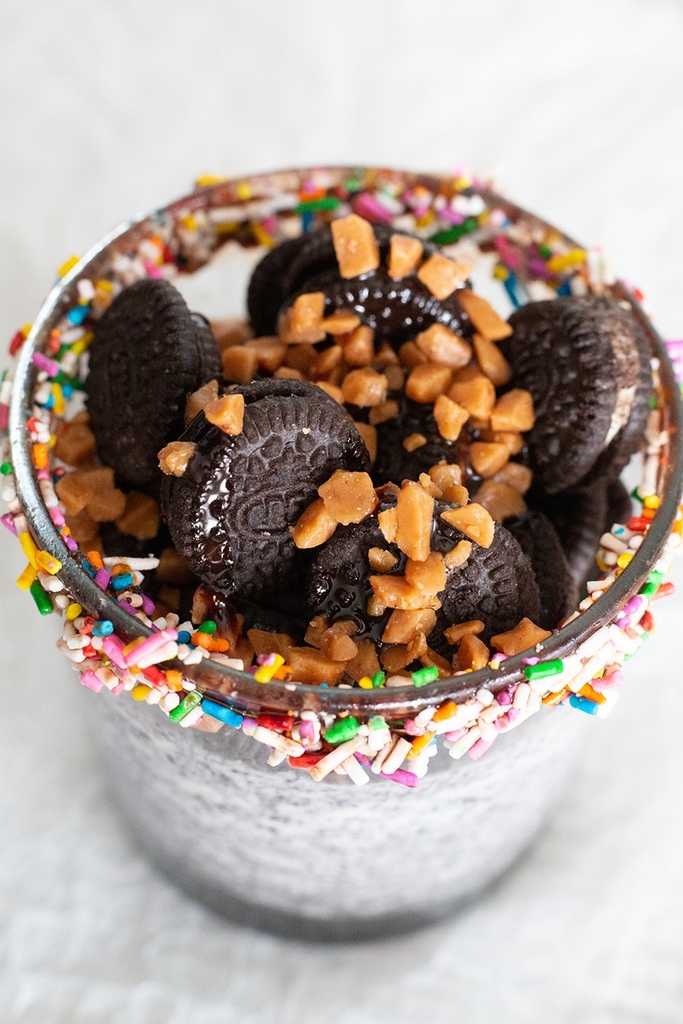 McBarnett said after two years, due to customer demand, they expanded the flavour profile with Rum and Raisin, Guava Passionfruit and Banana Coconut and more recently, Banana Chocolate.

The ice cream is mass-produced through a system called co-packing.

“It means that you use a manufacturer that already exists and they pack the ice cream for you. They take your recipe, use it, you pay them for their time and effort and they co-pack it for you. You own the product but you don’t own the plant, it’s almost like you lease the plant for that product,” McBarnett explained.

Things took off for Sweet n' Nice when the family made an appearance in 2015 on Dragon’s Den, the Canadian version to Shark Tank.

The company got a deal but it didn’t pan out, said McBarnett, explaining that Sweer n' Nice may have been too early in its development cycle to take advantage of the opportunity. The exposure, however, allowed the brand to expand to 50 independent stores in Toronto and Montreal.

The brand also got into Sobeys, one of the top three chains in Canada. 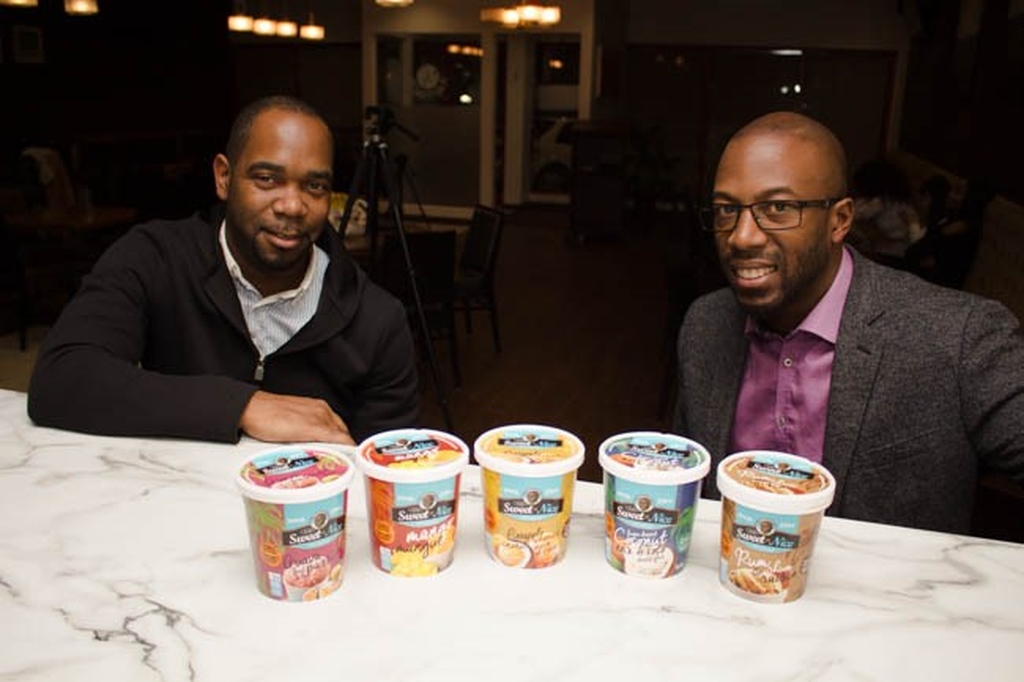 “Back then, there was a big push for local brands so even though we had Caribbean flavours we were a local brand trying to get out there and we were able to win space at Sobeys under their local program,” McBarnett said.

Sweet n' Nice started in five Sobeys stores but by the end of 2018, it could be found in 60 stores, in addition to Sobeys sister store Fresh Co. The brand is also in other stores such as Metro, Foodland, Coppa’s Fresh Market, No Frills and Urban Fresh.

Asked about challenges they have faced, McBarnett said it was mainly in maintaining direct store relationships since different stores are located in different places where demographics and tastes vary.

“At the beginning, the majority of stores Sobeys put us in were in black areas but we were able to prove that everyone loves our ice cream,” he said, noting that overall, guava-passionfruit is trending this year as a best-seller. 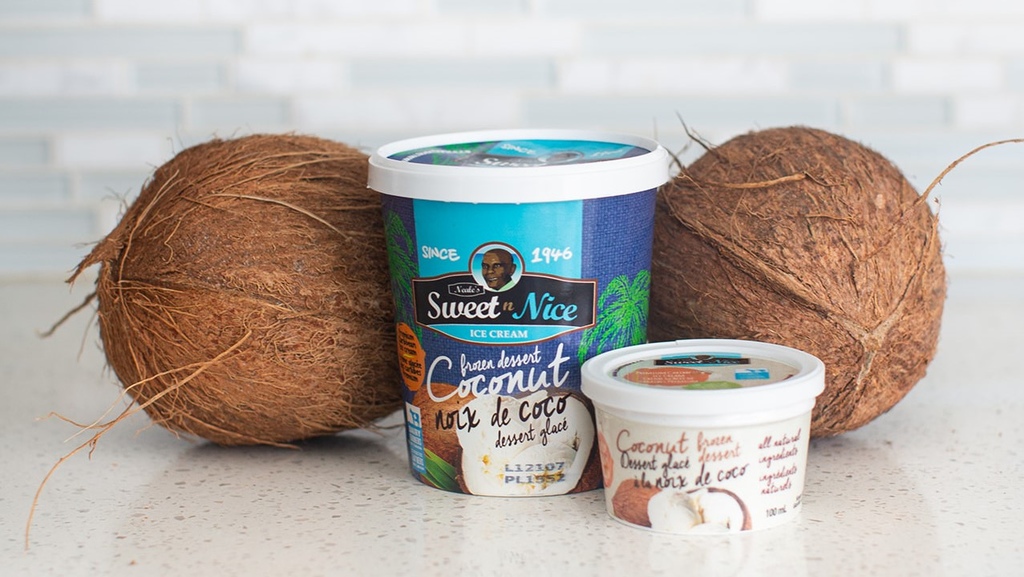 Sweet n' Nice coconut was one of the original flavours.

He revealed that while they try to source raw ingredients from the Caribbean, it has been challenging since farming is not as developed for exports.

“We do have to get our stuff from other tropical areas including Asia and South America but we do try to get a couple things from the Caribbean,” he added.

McBarnett’s dream is to bring the brand back to T&T one day and expand across the Caribbean, particularly in the tourism industry.

“I would love to be across the Caribbean supporting the hotel industry,” he added. 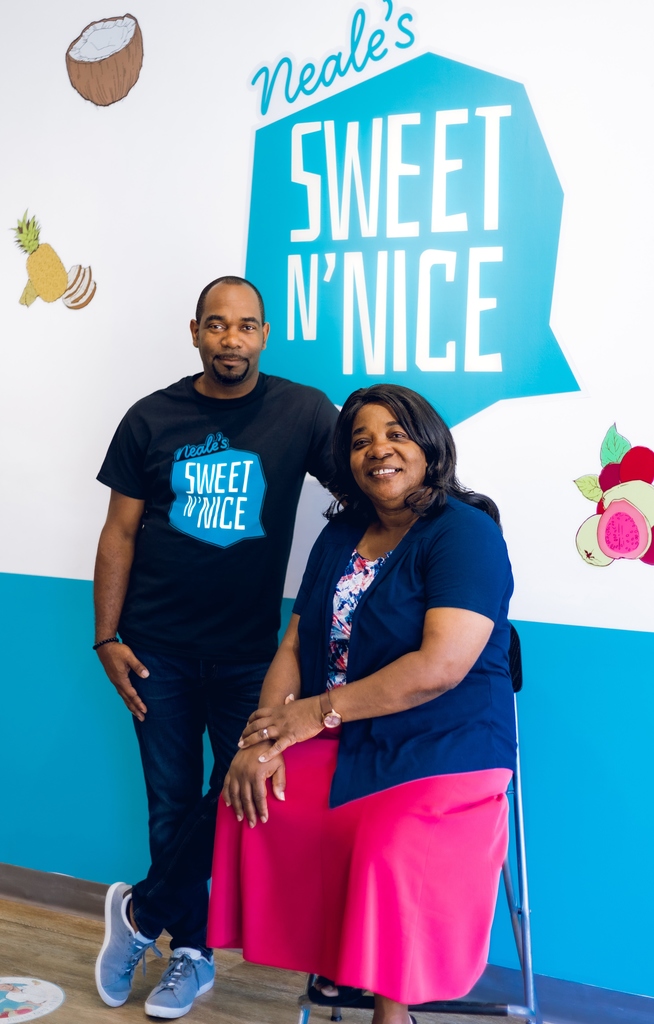 Andrew McBarnett with his aunt Rosemarie Wilson who preserved his grandfather's recipe.

In the meantime, there are plans to expand the product offerings later this year.

“Our company is actually called Sweet n' Nice Foods Incorporated so the rationale behind that was always to expand outside of ice cream into more Caribbean flavours, whether it is dessert or foods,” he said.

McBarnett said his grandfather also owned a couple of cafes so they have paid homage to that with some pop-up shops.

This weekend, which would have been Toronto’s Carnival, the store will entertain patrons with steelpan and Carnival vibes.

He said: “Things like that give us a lil bit of an edge in doing some cool stuff. Our brand has a personality in terms of our ties with the Caribbean.”