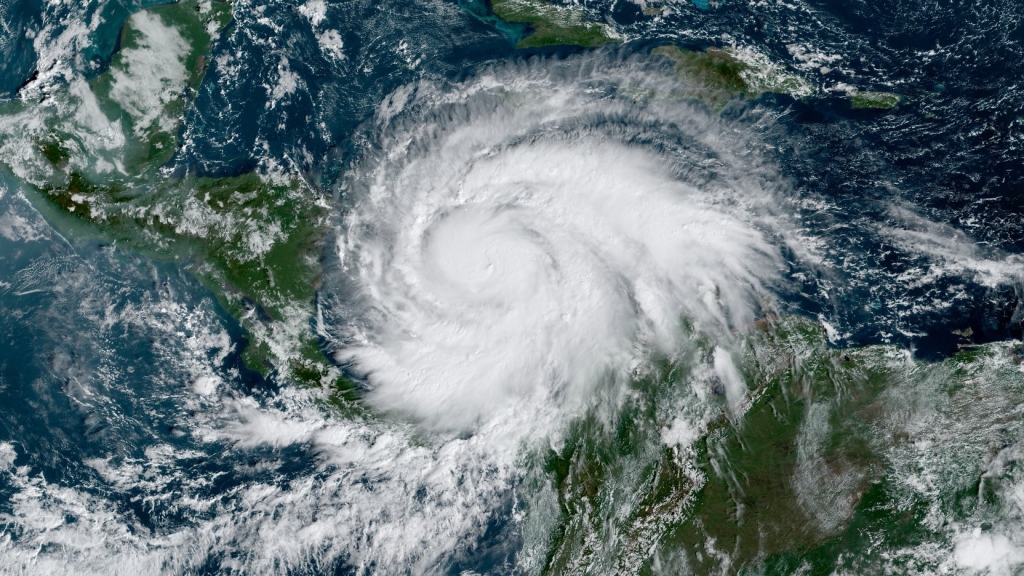 Hurricane Iota is packing winds that are near 90 mph (150 km/h), which is just short of the strength needed to be classified as a major category three hurricane.

Rapid strengthening is expected to take place during the next 36 hours, and Iota is forecast to be an extremely dangerous category four hurricane when it approaches Central America. 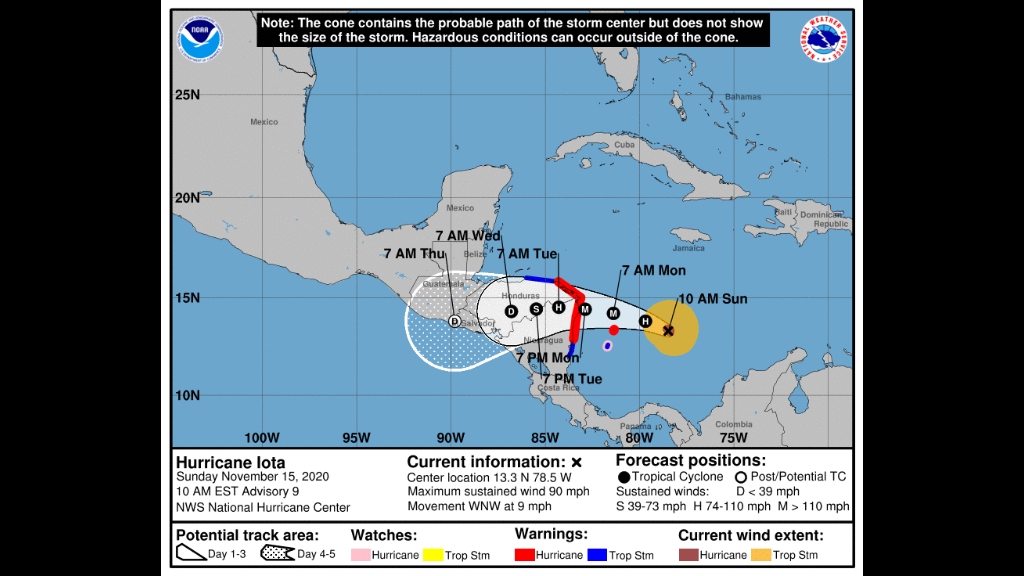 A life-threatening storm surge will raise water levels by as much as 10 to 15 feet above normal tide levels in areas of onshore winds along the coast of Nicaragua and Honduras.

Near the coast, the surge will be accompanied by large and destructive waves. 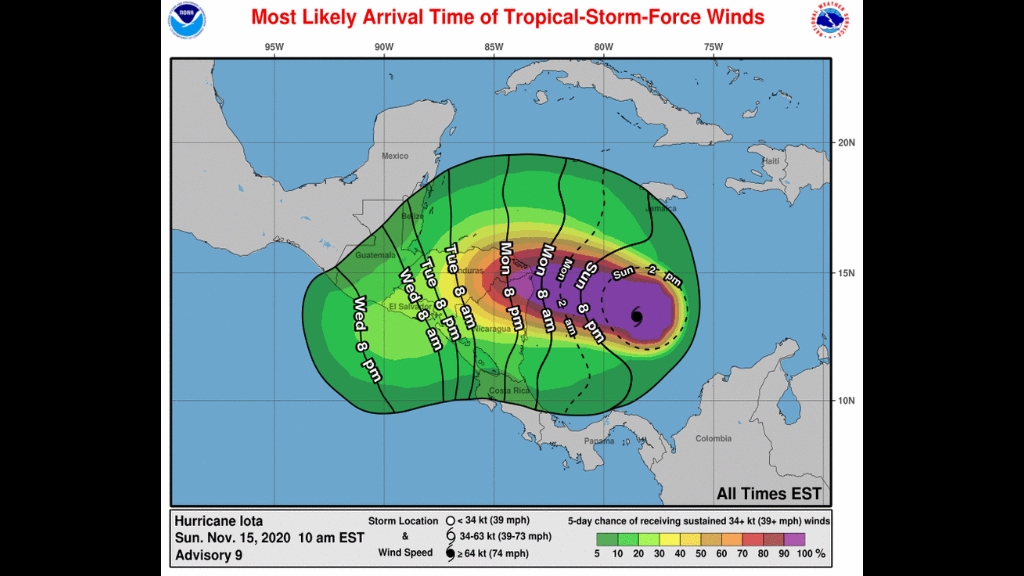 Tropical storm conditions are expected to begin on the island of San Andres this evening with hurricane conditions possible there early Monday.

Iota is expected to produce the following rainfall accumulations through Friday morning:

- Northern Colombia:  An additional one to three inches.

At 10am EST, the centre of Hurricane Iota was located over the southwest Caribbean Sea about 195 miles (315 km) east of Isla De Providencia, Columbia, and about 335 miles (540 km) east-southeast of Cabo Gracias A Dios on the Nicaragua / Honduras border.

Iota is moving toward the west-northwest near nine mph (15 km/h).

A westward to west-north-westward motion is expected during the next day or so until landfall occurs.

After landfall, a westward to west-south-westward motion is forecast.

On the forecast track, the core of Iota will move across the south-western Caribbean Sea today, pass near or just north of Providencia island on Monday, and approach the coasts of northeastern Nicaragua and eastern Honduras within the hurricane warning area late