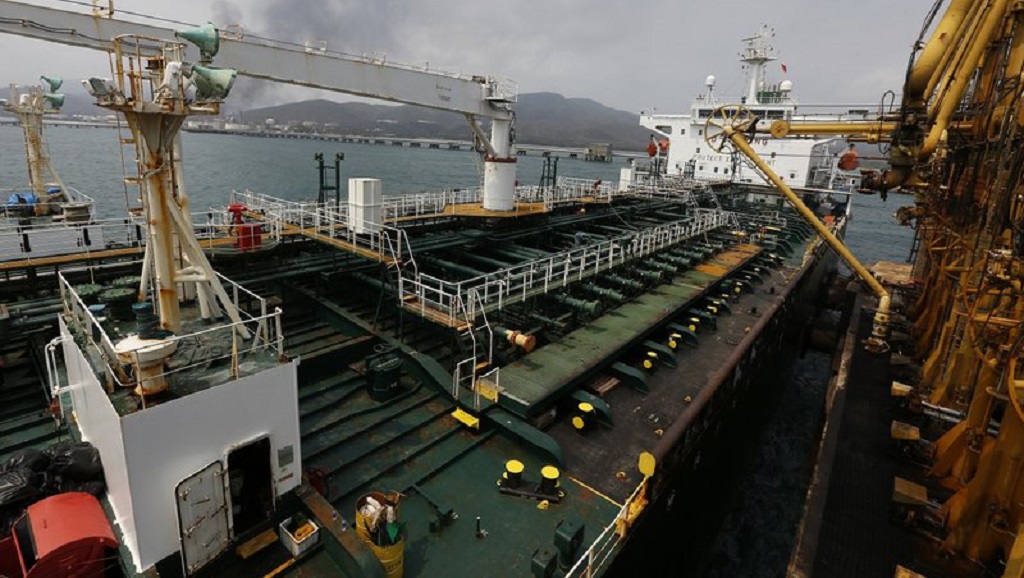 FILE - In this May 25, 2020 file photo, the Iranian oil tanker Fortune is anchored at the dock of the El Palito refinery near Puerto Cabello, Venezuela. U.S. officials said Thursday, Aug. 13, 2020, that the Trump administration has seized the cargo of four tankers it was targeting for transporting Iranian fuel to Venezuela as it steps up its campaign of maximum pressure against the two heavily sanctioned. (AP Photo/Ernesto Vargas, File)

The cargo of four tankers seized by the United States last week en route to Venezuela was no longer Iranian property, Iran's oil minister said Monday, insisting that the US had no right to confiscate the shipment in international waters.

The Trump administration said it seized the cargo of four tankers it was targeting for transporting Iranian fuel to Venezuela.

The move was part of stepped-up US campaign of maximum pressure on Iran and Venezuela, both heavily sanctioned allies.

According to the semi-official ISNA news agency, Oil Minister Bijan Namdar Zanganeh said the oil had been "sold to customers and the payment was received" for it.

"The US claimed it seized Iranian petrol, but even though the cargo was sent from Iran, neither the ships nor the petrol were Iranian," Zanganeh was quoted as saying.

He did not elaborate or say who the owners of the petrol was at the time of the seizure.

But Zanganeh's remarks echoed those of Iranian Foreign Minister Mohammad Javad Zarif who on Sunday called the US "pirates of Caribbean" in a tweet and said the ships carried sold cargo.

Iran's ambassador to Venezuela, Hojad Soltani, also said that neither the ships not the oil were Iranian.

Iranian officials have called pushed for stronger ties between Iran and Venezuela, and Tehran has sent several fuel shipments to energy-hungry Venezuela amid US sanctions.