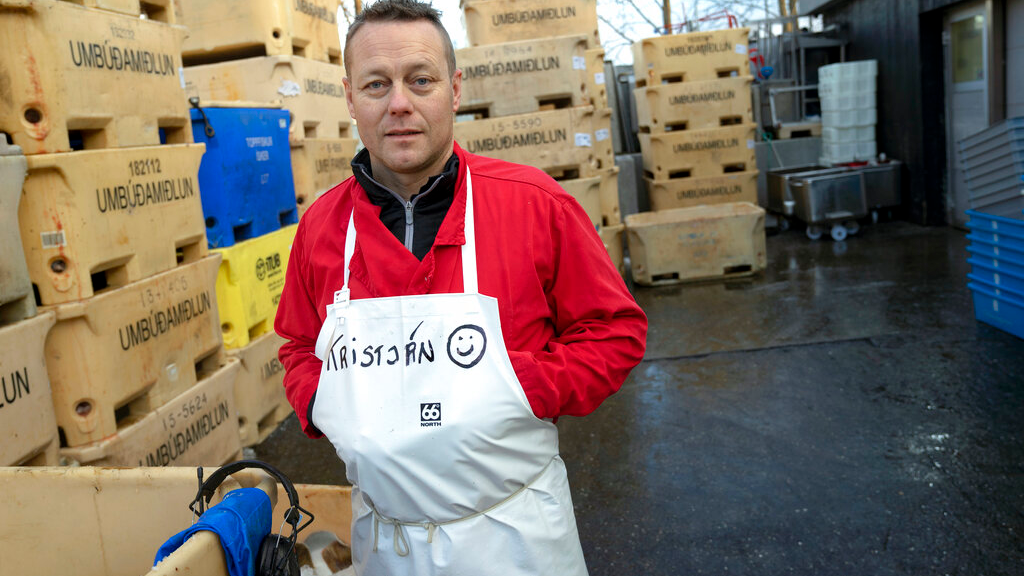 The treasurer of the Icelandic soccer club Afturelding got the email from his manager late in the afternoon, soon before banks were about to close. The words “Sent from my iPhone” were at the bottom, suggesting urgency, and through a series of exchanges, the manager asked that a quick payment be made.

It was a scam, perpetrated from someone posing as the club manager - and part of a sudden rush of online fraud that is catching Icelanders unprepared.

Online apps have now become good at translating the country’s complex language, a version of Old Norse spoken only by about 400,000 people. And the government has lifted limits on money transfers out of the country that had been imposed since the financial crisis. The combination over the past two years has attracted scammers to target a population that has not developed the same habits of caution about online fraud as other such wealthy, high-tech countries.

“The trick is always the same, but the Icelandic gets better and better,” said Audur Thorsteinsdóttir, manager of The Icelandic Youth Association, an umbrella organisation regularly warning member clubs against fraud emails.

Large and small enterprises, from vehicle inspection companies to residents’ associations, have been shaken this year by someone posing as the CEO or chairman seeking a swift payment. By using Google Translate or Microsoft’s Translator - the two apps that can translate Icelandic - the criminals were able to sound credible, police say.

Known as “CEO fraud” - when criminals pose as high-ranking executives after thoroughly researching the company structure - the scams did not exist at Icelandic workplaces in the early days of online translators. Software offered poor, often comically inaccurate, results: Icelandic for “youth” for example, was translated as meaning “Youtube.” The apps have since improved.

“The text has the kind of errors Google Translate makes,” such as awkward capitalisation and syntax, said police detective Dadi Gunnarsson. "But it reads remarkably well, and that fools many.”

Recent scams have amounted to the largest thefts the island nation has ever seen. Geothermal energy company HS Orka recently lost $1.5 million and a total of $13 million has been lost to foreign scammers over the past twelve months, the police estimate.

In another case, a series of promoted ads on social media promised to explain how to bounce back from bankruptcy. The link brought users to a website mimicking a respected business paper, with its trademark pink background. It was a bitcoin scheme meant to defraud.

Icelandic was introduced to Google Translate in 2009, earlier than many other more widely spoken languages as a Reykjavík-born employee at the tech company wanted his mother tongue included as soon as possible. Dozens of students and faculty at Reykjavík University volunteered to help Google gather samples for voice recognition.

Still, the translations were incomplete and spotty for many years.

“The learning curve has been steep for Iceland,” said Morten Tandle, director of the Nordic Financial Cert, a Norway-based organisation coordinating cybersecurity responses between large companies in the region.

That was just months after the government removed limits on the amount of money that could be transferred out of the country that had been imposed since the financial crisis over a decade ago.

It was like foreign scammers had been waiting for the day, police said.

Cases of online fraud began piling up, with the number this year about six times higher than the year before, according to Landsbankinn, a large commercial bank. Victims rarely get their money back.

In most countries, Tandle said, people learn to be cautious online because someone around them has been scammed or hurt by messages with malicious software. The country’s isolation from such trends until recently made its sudden exposure all the more painful.

The rule of thumb, experts advise, is to always respond to financial inquiries through a different medium, like replying to an email with a phone call.

Icelanders pride themselves on their sense of community and have one of the highest levels of “social trust” in surveys measuring people’s belief in each other and in honesty and integrity.

“Social trust is the desired quality of every society,” said Gunnar Helgi Kristinsson, a politics professor at the University of Iceland. “It makes the economy more dynamic, democracy stronger and people happier and healthier - in academic literature nothing bad is ever associated with healthy trust.”

Yet police and cybersecurity experts note that online scammers successfully exploit it and are urging more caution.

“Digitalisation of finance and public service needs to be followed by more awareness,” said Jarno Limnéll, a professor in cybersecurity at the Aalto University in Finland. “We should approach the internet like driving: Always on the alert.”

Kristján Ásgeirsson, a fishing industry entrepreneur known as Fiskikóngurinn, “the King of Fish,” made a splash in local media recently speaking about the shame and distrust he felt after falling for a scam.

Ásgeirsson received an email from what appeared to be a trusted American business associate asking for the next invoice to be paid to a separate account for tax purposes. Someone had hacked Ásgeirsson’s inbox and was posing as his contact under a false email address. He lost $68,000 and only discovered the scam weeks later.

“I felt like a complete idiot,” Ásgeirsson said. “It can happen to everyone,” he added, before pausing and revising his statement: “It is happening to everyone.”