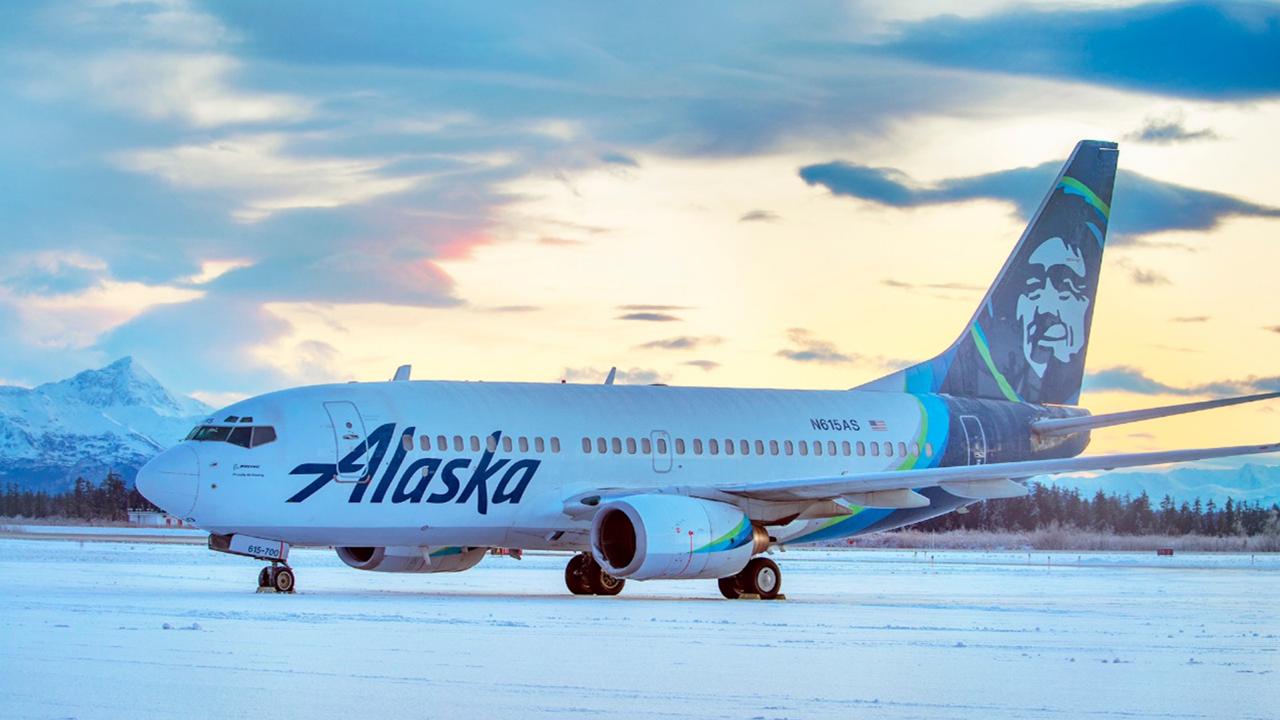 This early Sunday, November 15, 2020, photo provided by R E Johnson shows an Alaska Airlines jet that struck a brown bear while landing in the early evening the day before, killing the animal and causing damage to the plane, at Yakutat Airport in Yakutat, Alaska. The left engine cowling of the jet was damaged. (R E Johnson via AP)

None of the passengers or crew members onboard the plane were injured during the accident at the Yakutat Airport in southeast Alaska, The Anchorage Daily News reported.

The Boeing 737-700 killed the brown bear sow, but a cub thought to be about 2 years old was uninjured, Alaska Department of Transportation and Public Facilities spokesman Sam Dapcevich said.

Airport crew members had cleared the runway about 10 minutes before the flight was expected to land, Dapcevich said. The plane landed after dark and crews followed normal procedures for runway checks.

The staff did not see signs of wildlife during the check, but the pilots spotted the two bears crossing the runway as the jet slowed after landing, Dapcevich said.

"The nose gear missed the bears, but the captain felt an impact on the left side after the bears passed under the plane,” Alaska Airlines said in a statement.

The pilots saw the bear lying about 20 feet (6 meters) from the centre of the runway as the plane taxied to a parking area just before 6:30 p.m., the airline said.

It was not immediately clear how many passengers were on the flight. The plane departed from the town of Cordova and was scheduled to stop in Juneau after leaving Yakutat.

The left engine cowling of the jet was damaged, and the plane remained in Yakutat Sunday.

“Our maintenance technicians are working to repair the plane, which will take a couple of days,” Alaska Airlines said.

The airport is partially enclosed by a fence. Employees undergo annual wildlife hazard training and use pyrotechnics or vehicles to herd animals away, the newspaper reported.

Planes previously have been reported to hit deer, geese, caribou and other animals in Alaska, but Dapcevich said this is the first time he was aware of a bear being struck.

Crew members at the Yakutat Airport cleared the bear carcass from the runway. The Alaska Department of Fish and Game was expected to collect the remains, Dapcevich said.