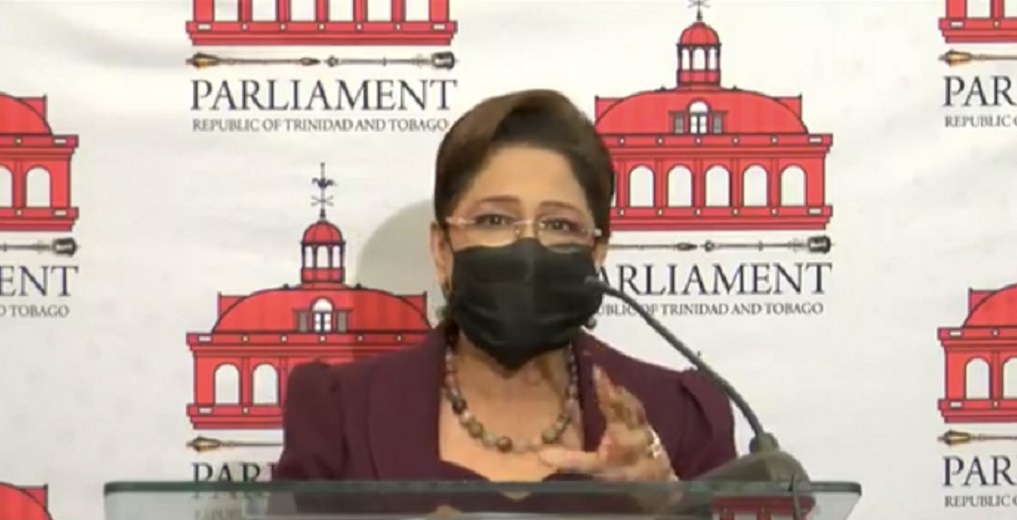 Persad-Bissessar addressed members of the media in a conference as is customary following the reading of the budget. She said Imbert has constantly misled the public by giving false promises.

She attacked various points as she noted that the budget reminds of the 1980s with plans to impose a value added tax (VAT) on luxury goods.

As it relates to the impending sale of the National Petroleum Company Limited (NP), the Opposition Leader raised many concerns including job security and also the possibility of price gouging by private owners.

“There could well be the formation of cartels who will work together to price the gas and see how much is the margin you can get when sold at the pumps so that’s a very serious matter that we will have to take note of. What will happen to NP?”

Other points of contention for Persad-Bissessar include the planned restructuring of WASA and how this will affect workers; the increase in tariffs for water and electricity; the freezing of all hiring for vacant posts in the public service; and property tax.

She believes the latter is ill-timed.

“Property tax at this time is totally unacceptable given the serious fallout we‘ve had on the job market with an estimated over 100,000 persons lost their jobs at the  end of last year, before COVID. And the government hides the statistics because CSO has stopped reporting the number of persons without jobs, they’ve just completely stopped reporting from since 2017 so we‘ve had no real numbers.”

Now, the Opposition Leader did praise the Government’s intention to remove duty and VAT on imported construction materials but not aggregate.

However, she was sorely disappointed with their failure to provide laptops to all children who remain without.

“I was very happy initially when the Minister announced laptops but then when I calculated it, 50 million dollars at a laptop cost of about 3,000 each will give us about 16,666 laptops but the government had said, the Minister of Education had told the country that 65,000 students were without laptops so that would mean there’s still a 48,333 children who will be without laptops. I feel this should have been a priority within budget 2021.”

She also quipped that the ANR Robinson Airport, which Imbert said would begin construction next year, should have been delayed.

Gov't freezes filling of all vacancies in public sector