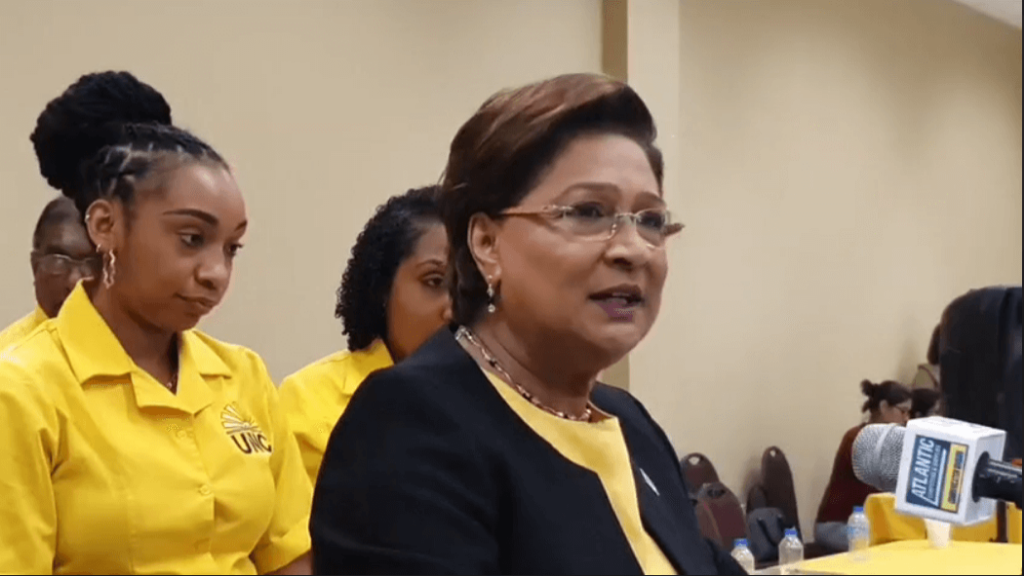 On Tuesday, United States Ambassador to T&T Joseph N Modello broke his silence on the matter. In a statement, the US diplomat said he expressed concern about the visit during a conversation with the National Security Minister on May 6. Mondello said the issue of the Rio Treaty was raised in relation to the visit.

Young later clarified statements he made about the conversation with the US Ambassador, indicating that while the Rio treaty was discussed, but not a 'breach in treaty.'

In a statement on Wednesday, the Opposition Leader said it is "one of the darkest days' in the nation's history when a foreign diplomat is compelled to publicly respond to the statements made by a Government.

"This has now forced Ambassador Mondello to issue a statement noting that, contrary to Minister Young’s claims, they did in fact discuss the Rio Treaty on May 6, 2020, as well as the implications of T&T breaching it. Yet, in a subsequent response, Minister Young has still incredulously tried to even lie his way out of this, like some unrepentant high school class clown who simply does not know when to quit."

"Never before has a foreign Ambassador in T&T been forced to overstep his sacred role of confidentiality and diplomacy in the interest of preserving the integrity of his own office. Indeed, T&T owes Ambassador Mondello a debt of gratitude for telling us the truth about this sordid affair, when our own National Security Minister opted to blatantly lie to the nation."

In light of the recent developments, the Opposition Leader called on the Prime Minister and National Security Minister to resign.

"If anyone should face US sanctions in this entire debacle, it must be Minister Young, PM Rowley and all other Government officials involved in this devious scheme. And since they are both now a clear and present danger to our nation, PM Rowley must now immediately fire Minister Young from the Cabinet. Then, he must also promptly resign, and call the general elections now."

Moonilal on Young: Time to go