Kamla to sue Rowley for $2M in defamation lawsuit 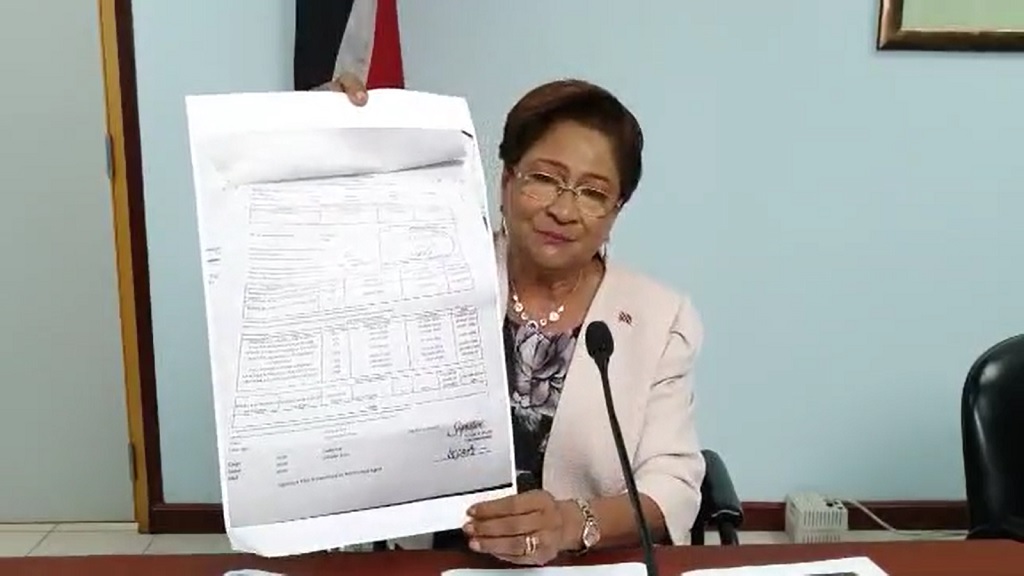 Opposition Leader, Kamla Persad-Bissessar speaks at a media conference on May 8, 2020

Opposition Leader Kamla Persad-Bissessar is suing Prime Minister Dr Keith Rowley for $2 million, over alleged 'defamatory' statements he made about her during a recent media conference.

At the conference, the Prime Minister called the Opposition Leader a 'traitor' and 'madwoman' and accused her of conspiring to get the United States to apply sanctions against Trinidad and Tobago.

At an earlier media conference on that same day, the Opposition Leader had called on the Prime Minister to come clean about the visit of Venezuela Vice-President Delcy Rodríguez and other officials who accompanied her to the country on March 27.

" I came, I did a press conference. I was branded a traitor by none other than the Prime Minister. Mr Prime Minister, if there is any traitor in the room, and you and I are in the room, it is not me. I am not the traitor...I caused my lawyers to deliver a letter to you. It is known as a pre-action protocol letter. Yes, I am going to sue. Lawyers are claiming on that preaction protocol letter $2 million for defamation of my character."

PM slams 'traitor' Kamla for lobbying for US sanctions