Kamla sues for defamation over alleged swine flu cover up 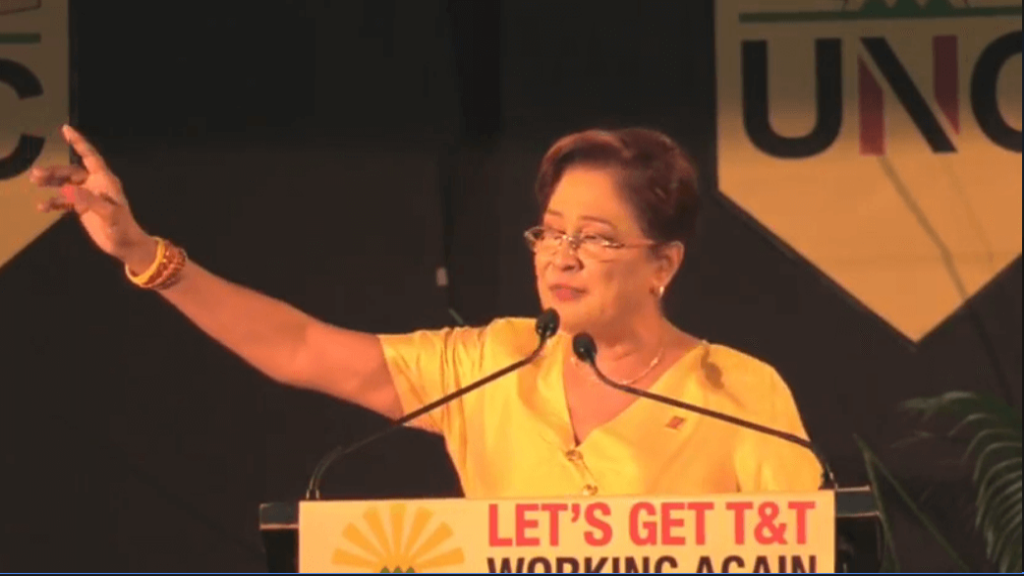 Opposition leader Kamla Persad-Bissessar has filed legal action in the High Court against Health Minister Terrence Deyalsingh in relation to claims that she engaged in a cover-up of actual swine flu statistics.

The Opposition leader subsequently issued a pre-action protocol letter calling for an apology from the Minister within seven days.

With no response forthcoming, Persad-Bissessar instructed her attorneys to pursue legal proceedings in the High Court.

At the UNC’s Monday Night Forum on March 9, she revealed that she has decided to move forward with legal action against the Health Minister.

“Today I caused my lawyers to file a case in the Supreme Court against Terrible Terrence. For defamation against me.

They lie too much. I am not going to leave them alone,” she said.

Persad-Bissessar said she was claiming for aggravated damages, exemplary damages and costs over the “lies and untruths” publicly uttered by Deyalsingh.

“Terrence, I have court clothes. I shall speak to you in court. We shall have our day in court to deal with your lies.”